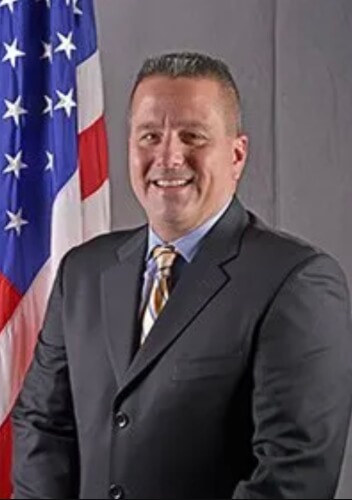 Officials of the Orland Fire Protection District board of trustees this week denounced the adoption of the Illinois “Safety, Accountability, Fairness and Equity-Today Act,” also known as the SAFE-T Act, saying it reduces punishments and accountability for criminals and while undermining the authority of police.

OFPD President Christopher Evoy said the board of trustees will vote on a Resolution during its Sept. 27 board meeting urging the Illinois General Assembly to immediately repeal the law.

The new law, which was pushed through the Illinois General Assembly during al ate evening vote on Jan. 13, 2021, and quietly signed into law by Gov. J.B. Pritzker on Jan. 22, eases burdens on individuals charged with misdemeanors and felonies. Hoping to avoid political pushback, the effective date of many of the controversial provisions of the new law were delayed to take effect in January 2023.

Safe-T Act changes include the elimination of the automatic imposition of cash bail on individuals charged with misdemeanors and felony violations, as well as easing police authority over trespassing and the automatic requirement of cash bonds for suspects charged with crimes.

OFPD President Christopher Evoy said the SAFE-T Act not only weakens Police but it could also pose a threat to First Responders who depend on the protection of Police that is sometimes needed when responding to emergency calls.

“This law not only undermines the ability of Police to protect the life and safety of law-abiding citizens, but it also places a huge burden of risk on First Responders including firefighters and paramedics who respond to emergency situations involving police,” Evoy said.

“If the police are restricted and prevented from intervening to prevent a crime, that exposes the safety of firefighters, paramedics and other emergency personnel from doing their jobs without having to worry about their own lives and safety. This is a shameful twisting of the principle of lawful protection in which protection of law-abiding citizens is now subservient to the protection of criminals.”

The SAFE-T Act does require all police to wear body-cameras, but it imposes other changes that benefit criminals while punishing law-abiding citizens, Evoy said.

In another provision, police are prohibited from arresting individuals who trespass on personal property, unless the police see the suspect or suspects engage in an act of physical violence or threats against property owners.

The new law also restricts the police to 48 hours before they can respond to a criminal who violates the court ordered provisions of wearing a monitoring device.

“Any elected officials who voted in the affirmative on this legislation have absolutely disqualified themselves from holding public office,” Evoy said.

“Regardless of the justifications for these ridiculous changes to help criminals and weaken police, these officials are completely out of touch with the will of their constituents and 100 percent devoid of common sense.”

What’s even more disturbing, Evoy said, is how legislators and the governor acted to disguise what they did by quickly adopting the 800-page legislation during a late-night session without any public discussion last January, and then delayed its implementation of many of its changes until after the November 8, 2022 General Elections.