Marie Newman, who ousted Congressman Dan Lipinski from office in the Democratic Primary election last March, told a rally hosted by Arab Americans Friday that she will strive to bring police and activists together for the benefit of the community and to fight racism of all kinds. Newman praised the police and the support she received from Arab Americans in the 3rd District.

Marie Newman, the Democratic endorsed candidate for the 3rd Congressional District, vowed to continue to support police but urged police, activists and community leaders to “come together” to work for the interests of society and find solutions to today’s problems.

Feted at a rally of more than 250 Arab Americans on Friday (Sept. 4, 2020) at the American Palestine Club in Bridgeview, Newman expressed gratitude to the American Arab community that supported her candidacy in unseating incumbent Congress Dan Lipinski with 52,384 votes to 49,568 votes an almost 3 percent margin.

Newman will represent Democratic voters on the General Election ballot on Tuesday Nov. 3, 2020 and is expected to easily defeat her Republican challenger, candidate Mike Fricilone. The 3rd District is overwhelmingly Democrat.

In speaking to the diverse crowd, Newman did not hesitate to take the bull by the horns and address one of society’s most important issues, especially one felt by Arab and Muslim Americans.

“Systemic racism is real. Bigotry is real. Racial injustice is real and we must address it. We are the first to bring law enforcement and activists together to talk about the injustices and stereotyping and the racial injustices imparted by police,” Newman said at the event which was held outdoors.

“Let’s bring law enforcement together more with the activists to solve our systemic racism problems because we all have to do this together. We can’t yell at each other all day. It doesn’t work. We actually have to bring solutions out. Let’s talk with law enforcements, and the community and activists so that we can solve some of these around systemic racism.”

Newman blasted President Donald Trump blaming him for the fact that America has the highest Coronavirus COVID-19 infection rate of any country in the world. Johns Hopkins University and Medical Center reports this week that the United States leads the world with the highest infection and death rate, with 6.2 million cases and 188,000 deaths

The Democratic congressional nominee told attendees that the pandemic has brought the district and region to work together.

“The amazing thing Through COVID we have all come together in a really beautiful way. Bridgeview is helping the 14th Ward. The 14th Ward is helping Summit. Joliet is helping the 11th Ward and we are all coming together. And that is from the coalition we built on the campaign. That wasn’t happening before,” Newman said.

“The pandemic has been a tragic teacher and a travesty. It is a travesty because this pandemic did not have to affect us in this way. This president has very clearly made it clear that he is cruel and he doesn’t know how to run a country. We are all now suffering because of it. A hundred and almost 90,000 souls we have lost. If that is not enough motivation to vote, I don’t know what is. Please use that motivation in the voting booth.”

Newman said one of her priorities is also to “build a better healthcare system” which said is “incredibly broken.” She urged the adoption of “Medicare for all,” adding, “It’s a system that is already in place. We can make it better and roll it out for everyone.”

And Newman spoke strongly on behalf of small businesses saying that their struggle is what is keeping the country together.

“We need to raise wages and promote our unions and make sure that people have good paying jobs and not having to have three jobs to pay for their expenses and just making ends meet,” Newman said.

“The other thing we have learned from the pandemic is that small business, about 54 percent of our GDP, is saving us by keeping employees and keeping the economy afloat. Please visit your small businesses as much as you can.”

Newman said that when elected in November, she expects to serve on several Congressional Committees including the Small Business Committee, the Transportation and Infrastructure Committee, and the Oversight Committee.

The event emcee was Amir Njiem whose father Hassan Nijem serves as president of the American Arab Chamber of Commerce which has been fighting for recognition and support against discrimination from the U.S. Census.

“On behalf of the American Arab Chamber of Commerce I want to welcome everyone for our event and celebration today. Thank you to Bridgeview Police Chief Ricardo Mancha for joining us today and for future Congresswoman Marie Newman,” Nijem said.

“Thank you to the President of the American Palestinian Club Mazen Dola for his continued support and efforts in our community.”

But the most inspiring comments came from Newman’s campaign spokesperson and adviser Shadin Maali who helped win the election by rallying Arab American voters to her campaign.

“A few years ago, Marie Newman ran against Dan Lipinski who, as we all know, was working against our community. I felt a strong need to support progressive candidates like Marie who put social justice and the needs of everyday Americans ahead of corporate interests, Marie is that person. As we all know, Marie lost by 2,000 votes the last time. But she learned. She built a strong coalition and came back and won with a 3 percent margin victory,” Maali explained.

Maali said that Newman has promised to give Arab Americans in the 3rd Congressional District a stronger voice and role in her administration.

The 3rd District has one of the largest concentrations of Arab Americans in the country and it was Lipinski’s failure to take that community seriously that cost him the election.

“Marie Newman developed a strong coalition of Arab advisors, Syrian, Muslim as well as South Asian too. I was so proud to be a part of that team,” Maali said.

Ironically, Palestinian American candidate Rush Darwish, who raised more than $500,000 for his candidacy fell far short in the election receiving only a paltry 6,351 votes, failing to resonate with Arab American voters. 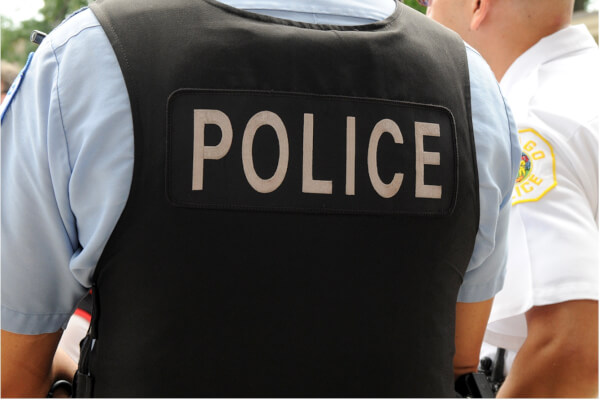 Hurley, Cunningham propose law requiring Chicago to give police minimum one day off each week Chicago