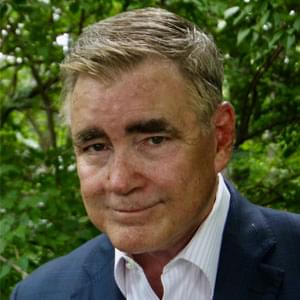 Reavis High school graduate and criminal investigator Paul Ciolino is the co-host with former police officer and attorney Lupe Aguirre of The POPO Report every Saturday night on WLS AM 890 Radio from 7 to 9 PM (Chicago time). Each week, the show examines stories about crime, police and law enforcement.

The POPO REPORT is a local weekly program hosted by a well known and respected Private Investigator, Paul Ciolino and Lupe Aguirre, a police officer and private attorney that covers crime and the subsequent legal action attributable to the crimes committed in the Chicago area. The Show dives into the criminal element and the CPD who in seconds have to react to any situation or person.

Chicago has historically been a hotbed of criminal activity; from Al Capone to John Wayne Gacy to numerous Governors. Every day there is a crime committed that creates controversy between the public and the police, the judicial system and the community, and in each case the citizens of Chicago create a personal attachment and opinion.

Like the weather, crime in Chicago is a water-cooler topic and if you try to avoid it, it’s everywhere else from TV to Print to Social Media and Text that pop up on a minute by minute basis. From Cops to Live PD, from 48 Hours to Joe Kenda; the TV is filled with Channels and Programs dedicated to crime and criminal activity. Yet, there is nothing on the radio that covers this popular topic.

Talk Radio is based on unique content which is current, local and relevant. The POPO REPORT is all of this and more. The show covers every demographic, every area, every ethnicity and every economic group. It’s the show for everyone.

About the hosts Paul Ciolino and Lupe Aguirre:

Paul Ciolino was the first and only expert in Homicide Investigation hired by 48 Hours and CBS News as an on air personality. Over the past 25 years, he has appeared in hundreds of news program on every major cable and television network in both the United States and Canada. His shows on CBS’s 48 Hours averaged 6.5 million viewers per episode.

He was the lead homicide and child molestation investigator for the Department of Children and Family Services in the State of Illinois. During that time, he obtained over 200 written confessions in homicides and child related sexual assaults.

Paul operated as a licensed private investigator over the course of a thirty five year career, during which time he investigated hundreds of murders and other violent felonies. Some of his investigations assisted in the historic emptying of the Illinois death row population in 2003. When Illinois Governor George Ryan emptied death row he mentioned Ciolino by name as one of his main reasons for doing so.

Paul is the only private investigator to receive a board certification as a Criminal Profiler from the Academy of Behavioral Profiling within the International Association of Forensic Criminologists (IAFC). As a result of his ongoing international work with the IAFC, Paul now serves on their Board of Director. Paul has authored or co-authored five professional textbooks and two non-fiction books. 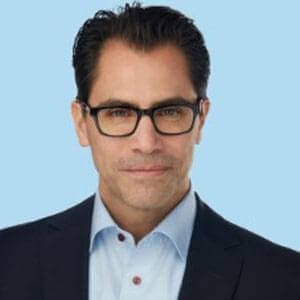 Lupe Aguirre was born in Durango, Mexico and is a life-long resident of Chicago, IL.

He attended the University of Illinois in Champaign and Chicago. Lupe received his J.D. from Western Michigan University Law School and later a Masters degree in Public Administration from the Stuart School of Business at Illinois Institute of Technology in Chicago.

After completing law school, he became a founder/principal of an Illinois family law and real estate firm. He honorably serves the citizens of Chicago as a police officer and has received numerous department awards and commendations for valor throughout his 8-year career.

Lupe is lives in Chicago with his wife and son.