With 100% of precincts reporting, Daniel T. Calandriello declared victory in the Democratic primary for 17th district of the Cook County Board of Commissioners, leading opponent Lou Gale 11,205 to 9,545.

In an official campaign Facebook post to his supporters, Calandriello commented: “Thank you! We have won the Democratic nomination for Cook County Commissioner for the 17th District.  With help from many of you, we were able to build a broad-based coalition of support, ranging from labor unions, local democratic organizations, advocacy groups and most importantly family and friends. I am deeply grateful for all the help and support we received, without which I could not have won.”

Calandriello added, “I want to congratulate my opponent and friend Lou Gale on a well-run campaign.  Lou is a great public servant and I look forward to working with him to unify our party and help elect strong candidates up and down the ballot.  LaGrange is lucky to have him as a Trustee.”

Calandriello was supported by several prominent labor unions and interest groups, including the Chicago Federation of Labor, LiUNA, AFSCME Council 31, and the Teamsters Joint Council 25.

Continuing to address his supporters, Calandriello wrote: “Looking forward to November, the campaign ahead won’t be easy, but we have an incredible opportunity to share our solutions to the most pressing issues facing our communities.

These include rising crime and gun violence, awareness of and access to mental health services, and the need for infrastructure improvements.

With the help of all of you I look forward to sharing our message and reaching out to voters from across the political spectrum so that we can win and work together to build a better Cook County.” 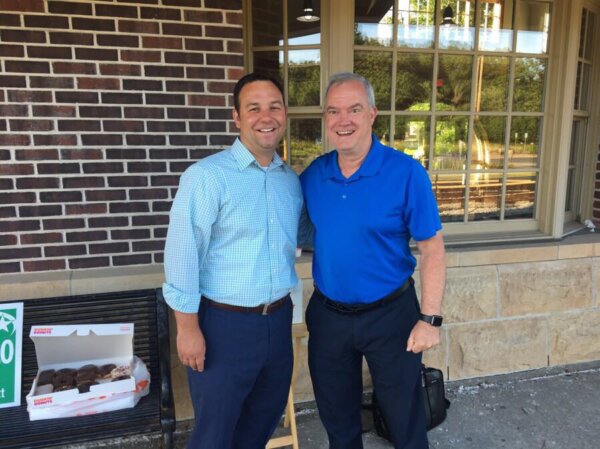 Calandriello is a former Orland Park Village Trustee and a former Cook County Assistant State’s Attorney.  He resides in Orland Park with his wife and three children. If elected, Calandriello pledges to support term limits and will donate a portion of his salary back to local charities including veteran organizations, animal welfare organizations and public safety groups because he believes that being a commissioner is not about personal gain but about making a positive change in our community.