Robert M. Buhs began his full-time career with the Orland Fire Protection District in 1977. He was promoted to Lieutenant in 1981 and to Deputy Fire Chief in 1986. He was named Fire Chief and Administrator in 1988.

As Fire Chief, Buhs oversaw the transition of what was then a small organization into a multi-faceted, modern operation that has been honored and recognized throughout the country.

One of Buhs earliest visions was to build a regional training facility. He was one of the first to start Training Officers in command functions, knowing the importance of a unified command. 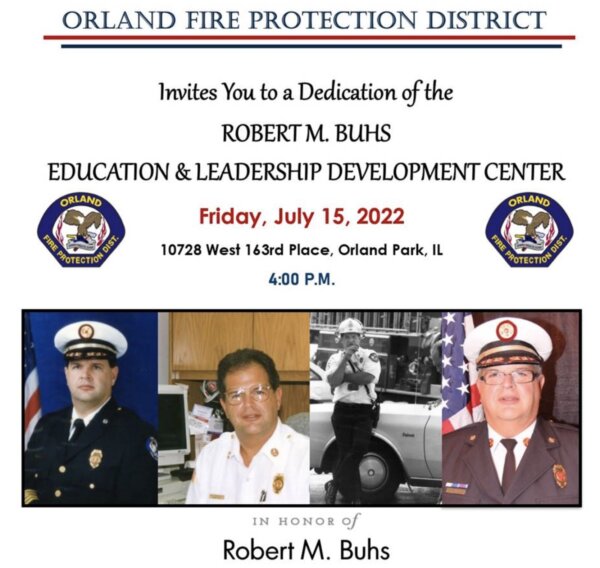 “We owe a lot to Robert M. Buhs for his vision and his determination to make the Orland Fire Protection District one of the best trained and best equipped fire districts in the country,” said Fire Chief Michael Schofield.

“We are proud that we have the highest ‘save rate’ of any fire district in the Midwest and maybe even the country because of the high level of professional training our firefighters and paramedics receive and dedication to community safety.”

The Orland Fire Protection District was recognized nationally as having a 65 percent save rate for individuals who suffer heart attacks. The national save rate is only 10 to 15 percent.

“The Orland Fire Protection District is both Certified with ISO-1 and as an Internationally Accredited Fire Department, one of only 100 in the United States and Canada. Those are huge honors. In order to receive this certification, the Fire District went through a grueling, multi-year process that looked at every aspect of the district, followed by a week-long assessment by several fire chiefs from all over the county. This was always a goal that Chief Buhs aspired to. He started the process in the early 2000s. We have a lot to thank him for,” Chief Schofield added.

“Our focus is in responding quickly, efficiently and effectively to emergencies whether it is a fire, a dangerous situation involving hazardous waste spills and accidents, and in responding to the emergency calls of the residents in our district,” Schofield said, noting the Orland Fire Protection District often supports nearby fire districts.

In 1988, the number of firefighters stood at 26 and the Orland Fire Protection District​ appropriated $8.7 million. By the Centennial year in 1994, the numbers increased to 81 firefighters in six stations with the budget swelling to $9.9 million.

Chief Buhs was always a leader within the State of Illinois with regard to training, and his vision for the fire service was that every firefighter should have the opportunity to learn, practice and implement the best practices of the fire service.

Chief Buhs retired from the Orland Fire Protection District in 2003, but he continued as a consultant and mentor of every Chief who has served since. His knowledge and direction is valued and respected throughout the fire service.

The Fire District Orland Fire Protection District​ has been awarded the Government Finance Officer Association award for excellence in financial reporting. Based on a survey of patients transported by the Fire District’s ambulance, 95% of those who responded rated the responding paramedics as excellent. 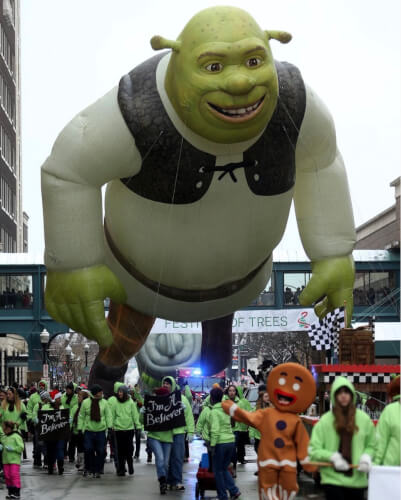