Orland Township Committeewoman and taxpayer rights champion Liz Gorman will host a candidate’s forum to showcase the best and the brightest candidates running in the June 28 Republican Primary election. Former California Congressman Barry M. Goldwater Jr., the son of the man credited with being the spirit and conscience of the Conservative movement, Barry Goldwater, is a keynote speaker along with Illinois House Minority Leader James Durkin. The forum on Friday May 20, 2022 is open to the public.

Orland Township Republican Committeewoman Elizabeth “Liz” Gorman announced that Barry Goldwater Jr., whose father was the conscience and spirit of the American conservative movement, will be the keynote speaker at a forum she is co-hosting on Friday, May 20, at 6:00 p.m. at Elements Banquet Hall, 16235 S. LaGrange Road in Orland Park.

Gorman, who is co-hosting the forum with Steve Balich of Homer Township, said the Republican forum will showcase the Republican candidates from the region and the state.

In addition to Goldwater, who represented California in Congress from 1969 through 1983, the forum will also feature Republican House Minority Leader James Durkin.

“It’s not surprising we have Republican candidates who genuinely represent the party attending as speakers. When you talk about the heart of the Republican conservative party, this forum speaks to it loudly.”

In addition to Goldwater, whose father ran for president in 1964 and is credited with building the conservative movement, current confirmed candidates include gubernatorial candidates Jesse Sullivan and Gary Rabine and/or their Lt. Gov candidates Kathleen Murphy and Aaron DelMarr, as well as Dan Brady who is a candidate for Secretary of State. David Shestokas candidate for Attorney General will also attend.

Also featured are Congressional candidates in the 6th District like Scott Kaspar who has created a powerful Public Safety Task Force that includes one of New York’s toughest crime fighters, former Police Commissioner Bernard Kerik; Gary Grasso, Mayor of Burr Ridge; Robert Cruz and Niki Conforti will also be there. Also, Jeff Regnier running for Congress in the 1st District is scheduled to speak.

The Forum will run from 6 PM until 8 PM and is free to the public. One hundred $50 gas cards will be given away to attendees and Goldwater said he has an autographed book that will also be given to an attendee.

“This is an important event bringing like-minded Republican’s together and giving these local Republican’s an opportunity to meet and listen to the candidate’s that are on the June 28th Republican Primary election ballot,” said Gorman who is seeking to return to the Cook County Board’s 17th District.

“The forum will energize voters to support our movement and fuel the strengthening of the Republican Party not just in Cook County but throughout Illinois. Illinois has many serious problems and Illinois has the second highest tax rate,” added Gorman.

While on the Cook County Board Gorman championed taxpayer rights and consistently blocked many tax hikes including persuading Democrats to reverse their support of the one cent sales tax that they approved in 2008.

The public can register for the free event by visiting www.OrlandForward.com.

About Elizabeth “Liz” Doody Gorman – Liz has more than 32-years of professional experience; 17 of which were spent in government leadership.  She was elected and re-elected four times to the Cook County Board (2002, 2006, 2010 and 2014).  She resigned in 2015 to spend more time with her family and then became Director in State & Local Government at Big Four Accounting Firm, PwC.  In 2018, Liz was unanimously approved as Executive Director for the Illinois Tollway. Currently, she is a National Corporate Sustainable Energy Consultant. In July 2021, Liz was appointed to the Regional Transportation Board (RTA) by the Cook County Suburban Commissioners and still serves in this important capacity today.

Gorman is a candidate in the June 28 Republican Primary for the office of Cook County Board representing the important 17th District and for re-election as Orland Township Committeewoman.

Liz attended St. Mary’s College in Winona, MN and received a Business Degree in 1987 and in 2008, Liz received her MBA from the University of Notre Dame.  Liz attended Mother McAuley HS and was inducted on to the McAuley Wall in 2013.  She is a Beverly native who grew up (the 2nd oldest of 4) in a working-class family. Her father was a Chicago Fireman for more than 35 years and IBEW Local 134 Electrician for more than 50 years and her mother worked for Amtrak as a reservationist for more than 25 years.

Liz has lived in Orland Park for 30 years with her husband Gerald. Together they have 3 sons: Conor, 28; Liam, 27; and Shane, 23 and Joey (Preusser), 23, who has become part of the family. The family has 2 rescue dogs-Sarge the German Shepard and Simba a Shiba Inu.  For more information, visit: www.lizgorman2022.com. 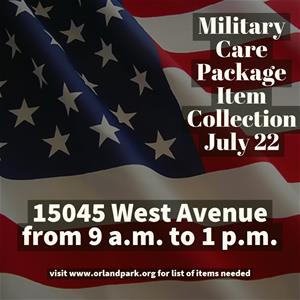