The number of coronavirus COVID-19 infections continues to increase in Orland Park as the virus becomes a focus of the political fight Mayor Keith Pekau asserts are “coordinated, factually incorrect attacks from several angles that were clearly not coincidence and hardly surprising.” Pekau has sued Gov. J.B. Pritzker to ease Coronavirus restrictions, organized public events including expanding swimming classes, opening health clubs, and hosting music entertainment and one of the few municipal 4th of July celebrations

The number of Coronavirus COVID-19 infections in Orland Park has increased by nearly 20 percent in the past two weeks according to data released by the Illinois Department of Public Health (IDPH).

The IDPH maintains a public record on all of the communities by zip codes in Illinois, with Orland Park’s zip codes showing a total of 623 infections in 60462 (412 infections) and in 60467 (211 infections).

Orland Park has a population of 58,312 residents in its sprawling community and the infection rate represents slightly more than one percent of the population. There have been no coronavirus related deaths.

The increase in the infections follows in the wake of several high profile public events hosted by the Village of Orland Park and its Mayor, Keith Pekau, who has seemingly fed skepticism about the infection’s impact on local communities like Orland Park and challenge the state’s responses as being too strict.

Pekau and the Village of Orland Park filed a lawsuit in June against Gov. J.B. Pritzker demanding that they be allowed to reopen businesses and community activities at a faster pace than the pace outlined by the governor. Critics questioned the use of taxpayer money to file the lawsuit using the village’s law firm Klein, Thorpe and Jenkins.

In announcing the taxpayer-funded lawsuit, Pekau argued Orland Park has met the metrics to move on to Phase 4 of the governor’s “Restore Illinois” plan, with businesses such as bars and restaurants allowing a limited number of customers inside the establishments.

Pekau, who has been challenging the state’s COVID-19 restrictions, described Pritzker’s coronavirus restrictions as being based on “weird science” and called the governor’s restrictions an “asinine display of logic.”

Pekau, whose salary of $150,000 a year, has argued that small businesses are “safer” than larger big box retailers that have been allowed to continue to operate. Pekau has cited the economic impact on businesses in Orland Park to wage his fight with Pritzker, although ironically when the issue was first brought up by Trustee Dan Calandriello at the April 6, 2020 Committee of the Whole meeting to help small businesses and address their needs, Pekau attacked Calandriello and called him a “grandstander” during a lengthy rant that questioned the motives for Calandriello’s concerns.

In attacking Calandriello, Pekau said, “This is a shameful display of politics in the middle of a health crisis, the likes of which we haven’t seen for over 100 years.”

Calandriello responded that the Mayor’s “political name calling” was inappropriate noting the mayor has “spread half truths and misinformation.”

Under Pekau, Orland Park has reopened facilities including the Sportsplex, the Health and Fitness Center, Village playgrounds, and organized public music concerts and hosted one of only two municipal fireworks displays for the Fourth of July.

But the village has been subtle in releasing information on the infection rates, only acknowledging after this reporter revealed the first COVID-19 infection at the Village of Orland Park’s Village Manager’s office on June 25, and two other infections since.

Although Village officials refused to respond to inquiries about the infections, they released a press release about seven hours after the inquiry to confirm the infection existed and the employee was sent home and urged employees who had contact with the person to seek medical help if they believed they might be infected, too.

“The Village was notified that a Village Hall employee, despite having no symptoms of the virus, tested positive for COVID-19. In response, the Village of Orland Park immediately implemented the following measures:

“Following the guidelines set forth by the CDC and in consultation with the Village’s occupational health provider, the employee who tested positive, as well as others who were in prolonged contact with the employee, are self-quarantining. The Village hired a professional cleaning company to sanitize and disinfect the Village Hall buildings. Village Hall was professionally sanitized on June 24, 2020.”

Last week, the Village of Orland Park also announced that it would also return to normal procedures and have board members sit at the podium rather than being spread out in the audience reflecting social distancing requirements set by Gov. Pritzker’s orders.

Trustee Dan Calandriello said he would decline to sit at the podium and would continue to wear a face mask and sit a distance of at least six feet.

More than 50 people attended the Monday, July 6 public board meeting protesting against Pekau’s policies. Protestors said Pekau did not wear a face mask during the meeting. Click here to listen to the audio of the meeting.

Pekau, an extreme conservative, has attacked individuals including other government officials and members of his own board of trustees who have questioned his actions, including this writer. 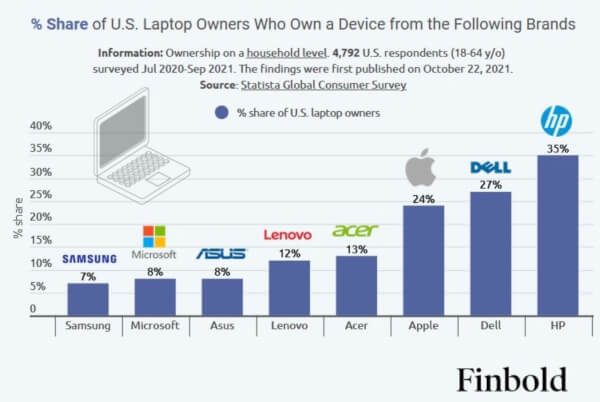 Apple trails HP and Dell as the third most popular laptop brand in the U.S. Business
Lyons honors employees News