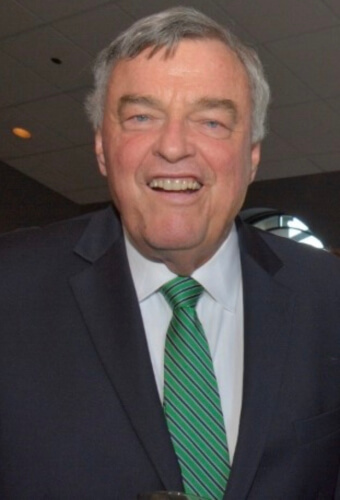 Officials of the Orland Fire Protection District offered their condolences to the family of James Roche, who passed away this week.

Roche had served as the attorney for the OFPD for nearly two decades, officials said.

“Jim was a strong advocate for the fire district, firefighters and all first responders and we are saddened by his passing,” said OFPD President Chris Evoy said, speaking on behalf of all of the board’s trustees, staff and employees.

“Jim understood the challenges facing fire districts and fire departments, and he was always an effective voice for our needs. We express our heartfelt condolences to Jim’s family.”

“Jim Roche was always a class act who championed our needs with professionalism and a deep insight of the law,” Schofield said.

“He will be missed. I know all of us are saddened by his passing and we wish the Roche family our deepest condolences.”

Mr. Roche’s practice encompasses appellate litigation, general business litigation, and representing clients’ interests in front of governmental agencies such as the EEOC, the Human Rights Commission, and the Illinois and Federal Departments of Labor. He has obtained countless favorable verdicts on every level from the municipal departments to the Illinois Supreme Court.

Since 1980, Mr. Roche has served as a Special Assistant Attorney General for the State of Illinois. Prior to founding James. J. Roche & Associates, Mr. Roche was a Senior Partner of the law firm of Condon, Cook & Roche. Mr. Roche began his legal career as an Assistant Corporation Counsel for the City of Chicago in 1975. There, Mr. Roche handled everything from City ordinances, City contracts, defending personal injury lawsuits with the City, and employment discrimination cases.