Cook County Judge Cecilia Horan is a politically controlled judge who does the bidding of Chicago Mayor Lori Lightfoot. Horan has a serious conflict of interest in the case involving the City of Chicago’s political fight with the Fraternal Order of Police over the issue of vaccinations.
Mayor Lightfoot has ordered all of Chicago’s more than 12,000 police officers to be vaccinated or lose their jobs. FOP President John Catanzara has argued that the Police Union and the City have an employee contract that can’t just be shoved aside at the mayor’s whim. The contract is binding and Lightfoot’s orders violate the contracts provisions.
Lightfoot turned to the Cook County courts and sought a restarting order to prevent Catanzara from talking about the City’s COVID Vaccine mandate or from urging his Union’s members from disobeying Lightfoot’s orders, a serious violation not only of Catanzara’s First Amendment Rights of Free Speech but an intrusion into a serious public debate that should be had for all.
But Horan has a conflict of Interest. Catanzara argued that Horan should recuse herself from the case because she didn’t disclose that she previously worked at a law firm which was involved with the Police Accountability Task Force. The task Force was chaired by Lori Lightfoot before she was elected mayor.
Clearly Horan’s decision to silence Catanzara while not placing a similar restriction on her friend and former colleague Lori Lightfoot is a blatant conflict of interest that displays an unethical conduct on her part as a judge. 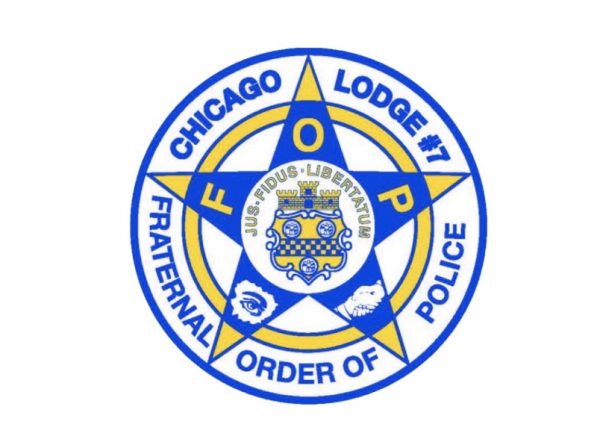 Horan immediately granted the Temporary Restraining Order for the benefit of Mayor Lightfoot, without also disclosing that she and Lightfoot are members of the Gay and Lesbian Bar Association and share a common political agenda.
Horan should have recused herself from the lawsuit. Horan was appointed to the Bench on Jan. 11, 2017 and was elected to the position in November 6, 2018. Her current term ends on December 2, 2024.
But voters shouldn’t have to wait until December 2024 for her to be removed from office for her biased decisions and actions. She should resign from office and allow someone who is not biased and who can be fair and balanced in assessing issues to take her seat.
Horan’s action to silence Catanzara without silencing Lightfoot is disgraceful. The FOP has a right to advocate for the rights of their members.