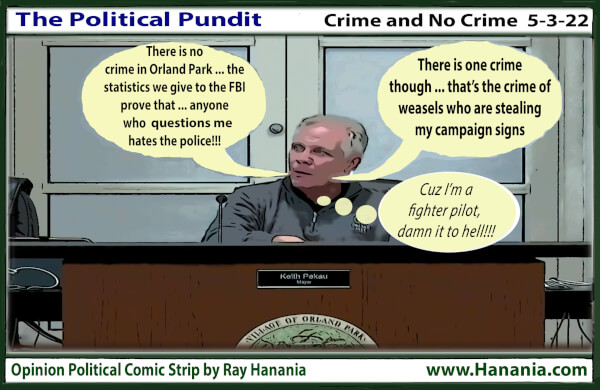 The Political Pundit Comic Strip: Anyone who criticizes me hates the police

Ray Hanania’s The Political Pundit Comic Strip for May 3, 2022, satire and opinion on politics across America and Around the world, lampooning political hypocrisy. Orland Park Mayor Keith Pekau attacks anyone who challenges his assertions and if they question his statements on crime in the Village accuses them of being “anti-Police.” Crime is down he asserts citing his own data that he provides to the FBI, but the one crime that really concerns him apparently more than anything is the crime, he claims, of people vandalizing and stealing his campaign signs for U.S. Congress.

Orland Park Mayor Keith Pekau insists that crime is lower than it ever has been in the past 27 years.

“Crime and No Crime.” How politics and a candidacy for the U.S. Congress can make anything look good, even when it’s not.

Like everyone, I can’t wait until this election is done. The lies won’t go away until then. 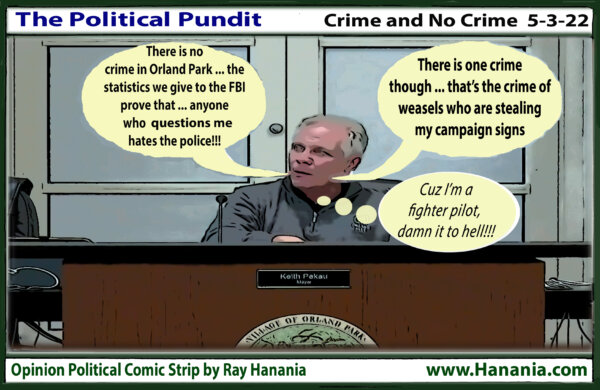 Cuz he is a fighter pilot!

But don’t bother to ask the taxpayers who pay his salary who are concerned about rising incidents of crime. And don’t ask the BGA, which thinks that it’s ok that a village provides the crime data to the FBI and then the FBI releases that data to the public, and then BGA reports that the FBI data confirms the claims of a village. Duuuuh!

It sounds like a “Who’s on First” routine with Abbott and Costello. 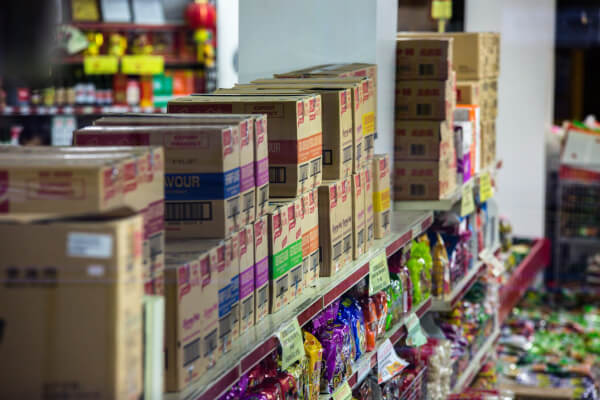 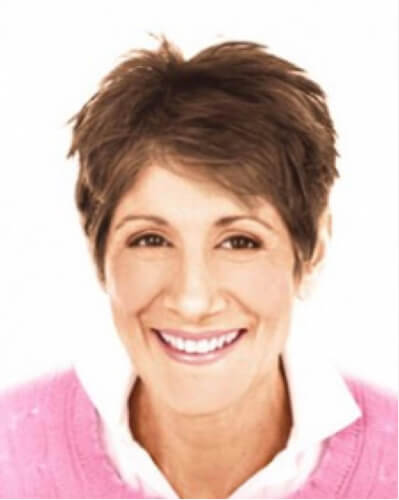