Two days after revealing the first case of coronavirus to infect an employee in the beleaguered administration of Orland Park Mayor Keith Pekau, a second confirmed Coronavirus case has been confirmed in the Village’s Recreation Department. The two cases are a political embarrassment for Pekau who is vacationing during this growing crisis in Colorado. Pekua has fueled skepticism about the virus through lawsuits and political rhetoric against restriction safeguards that are intended to protect residents from the contagion. Pekau has scheduled public concerts, demanded more public activities, and used taxpayer money to file a lawsuit against Gov, Pritzker’s COVID-19 restrictions

A second confirmed case of COVID-19 has slammed the Village of Orland Park embarrassing Mayor Keith Pekau who only last week filed a lawsuit against Gov. J.B. Pritzker claiming restrictions imposed statewide to stop the pandemic have violated the constitutional rights of village residents.

Two days ago, this columnist exposed the first coronavirus case involving an employee working in the office of the Village Manager, George Koczwara, who refused to respond to requests for comment. The second confirmed case of COVID-19 among a Village employee this time was announced in the Orland Park Recreation Department, according to two sources who asked not to be identified.

Although many government agencies have reported confirmed coronavirus cases, Pekau’s high profile publicity, his demand that restrictions be eased, and his taxpayer-funded lawsuit against Gov. Pritzker’s coronavirus plan has made Orland Park the symbol of a growing movement of people who believe the virus is more of a myth than a threat. His scheduling of many public events in which thousands of Orland Park residents and guests from the surrounding community have been invited to attend raises questions about his apparent lack of concern for the spread of the virus.

Pekau, who is reportedly vacationing in Colorado and has not returned to confront the growing pandemic spread among village employees, has told the public that employees have been given face masks and gloves to protect them. One source asserted, however, that no gloves or face masks have been provided.

The 2nd confirmed case, according to a copy of a memo purportedly released by Recreations and Park Department Director Ray Piattoni and circulated to employees on Saturday, June 27, 2020, involves “an individual in the Athletics Department.” Like his boss, Koczwara, Piattoni did not respond to an email requesting a formal comment.

After I disclosed the first case of the coronavirus infection by one of Kaczwara’s employees, and his failure to respond, the village released a press release confirming the infection eight hours later.

In his memo, Piattoni reassured employees that everything is being done to protect their health, writing, “We understand concerns other employees in the workplace may feel and want to provide reassurance that we are acting prudently and safely to continue to ensure the workplace remains safe for continued operations.”

What is not addressed are the many public events that Pekau has insisted will be held including two concerts and a 4th of July celebration that have been promoted by the village in water bills mailed to every home in Orland Park.

One infection can dramatically multiply and cause dozens of other infections as symptoms often do not appear for up to 14 days after initial contact. Meanwhile, individuals who have been infected can easily spread the infection during this two week asymptomatic carrier period.

Orland Park, which has a population of 58,000 has had 530 confirmed coronavirus cases (zip codes 60462, 60467), based on only 5,105 tests, according to the Illinois Department of Public Health, a one percent infection rate compared to an average of 3 to 6 percent in other communities where population density is greater.

Critics have said that Pekau is pandering to a public frustrated by the statewide restrictions and dissatisfaction with Gov. Pritzker’s leadership in order to bolster his own political standing as he turns the corner to re-election.

But Pekau has been hampered by a series of recent public controversies that undermine his popularity including his order to close a service office run by Secretary of State Jessie White that provided an array of services that was popular with Orland Park residents because it offered conveniences for basic services.

Orland Township Supervisor Paul O’Grady announced Friday, June 26, 2020, that he had reached an agreement with White’s office to re-open the popular services at the Orland Township building at 14807 S. Ravinia Drive in Orland Park. Pekau attacked the move asserting that the issue is protecting the interests of taxpayers incredulously asking about the cost the Township agreement will have on taxpayers. But what Pekau did not mention are the lawsuits he has filed at the expense of Orland Park taxpayers including against Governor Pritzker, similar to other municipal lawsuits that differ in that they are funded by private sources and not by taxpayers.

Much of the criticism is reflected in a column by award winning Southtown/Chicago Tribune columnist Ted Slowik that was published this weekend.

Pekau also filed a lawsuit to close a one-night a week homeless shelter that was opened at Hope Covenant Church last year, rather than negotiate with the church leaders.

And, after signing an agreement forcing the retirement of former Village Manager Joe LaMargo, in which both sides agreed not to disparage each other, Pekau let loose with a series of vicious and personal attacks against LaMargo weeks after the agreement was signed, forcing LaMargo to file a lawsuit against Pekau.

The question now is, how many Village employees have been exposed to the two individuals who are confirmed coronavirus cases? 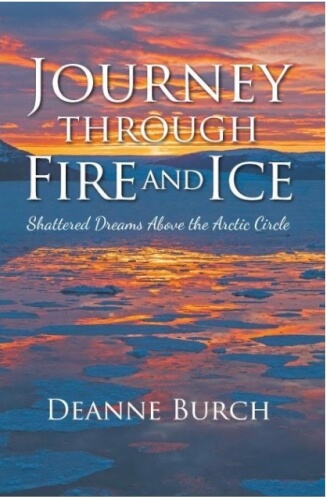