The hit play “Miracle” celebrates 108th performance on August 30 with special event. From complimentary Chicago-style hot dogs to over-the-top giveaways, MIRACLE is rolling out all the stops to celebrate this milestone for the production.

In honor of the 108 years it took the Chicago Cubs to win the World Series, MIRACLE, the hit Chicago musical set against the backdrop of the Chicago Cubs 2016 championship season, is thrilled to celebrate its 108th performance on Friday, August 30th with a special event at the Royal George Theatre (1641 N. Halsted) beginning at 7:15 p.m. The scheduled performance of the production will follow at 8 p.m. Tickets that night will include a complimentary hot dog from Byron’s, the iconic Northside hot dog stand, and a slice of Eli’s Cheesecake. Cubs inspired trivia will be featured pre-show offering over-the-top prizes, including gift certificates to the hottest Chicago restaurants including Ocean Prime, Carnivale and so much more. Additionally, after garnering rave reviews and standing ovations every night, MIRACLE has announced that it will be extending its run through Sunday, September 29th.

From 7:15 p.m. to 7:45 p.m., guests will be treated to a Chicago-style hot dog from Byron’s Hot Dogs and a slice of MIRACLE-themed Eli’s Cheesecake. To get fans in the true baseball spirit, MIRACLE cast members Michael Kingston and Veronica Garza will host Chicago Cubs trivia in the theatre starting at 7:15 p.m. Trivia participants will have the chance to win gift certificates to some of Chicago’s top restaurants including Ocean Prime, Carnivale and Casati’s Pizza. Additionally, any Chicago Cubs fan over the age of 100 in attendance on that day will receive a free pair of tickets toMIRACLE.

Monsignor Kenneth Velo will join the audience in a unique prayer service for the Chicago Cubs to receive another “miracle” this 2019 season including the lighting of 108 candles on-stage, as well as a blessing of the pledge cards that feature the special Cubs pledge recited in the production.

Set against the backdrop of the Chicago Cubs 2016 Championship season, MIRACLE tells the story of a typical working class Chicago family and what it means to have faith, lose it and try to regain it again. The production chronicles the Chicago Cubs’ struggle to win the pennant, as well as the life of the Delaneys, a close-knit Chicago Irish family fighting to keep their bar near Wrigley Field afloat financially. Throughout MIRACLE, the audience will journey through Pops Delaney’s efforts to resolve conflicts with his son, Charlie, and Charlie’s attempts to keep the business alive, as well as cheer along with Charlie’s 11-year-old daughter Dani, who is completely enamored with the boys in blue, and his wife Sofia, a Chicago Public School teacher, who is the glue that keeps the family together.

Reviewing the production, Chris Jones of the Chicago Tribune said, “This new musical is a winner! Witty, tuneful, nostalgic, and family-friendly. A sentimental good time. It will tug at your Cubs loving soul!” Alex Huntsberger of theChicago Sun-Times remarked, “Miraculous! The superlative cast knocks it out of the park!” Cubs player Willson Contreras said, “You have to see this show!” and Ryne Sandberg raved, “One of the best musicals that I have ever seen!”

MIRACLE offers a series of weekly programming based around the Chicago Cubs for both Chicagoans and visitors alike to enjoy. Wednesday night’s performances are eligible for a $100 family four pack offer that can be redeemed with the code 4PACK on Ticketmaster. In addition to this special deal, the first 100 attendees on Wednesday nights will receive a box of Nuts on Clark popcorn when exiting the theatre. The production also hosts Chicago Cubs themed trivia on Thursday nights at 7 p.m. testing fan’s knowledge ranking from “casual” to “die-hard.” Guests have the opportunity to win gift certificates to top Chicago dining destinations including Ocean Prime and Carnivale and a grand prize of tickets to a Chicago Cubs game.

The performance schedule for MIRACLE is Wednesdays at 7:30pm, Thursdays at 2pm and 7:30pm, Fridays at 8pm, Saturdays at 3pm and 8pm, and Sundays at 3pm. For more information, please visit www.miraclethemusical.com,www.ticketmaster.com or by calling The Royal George Theatre box office at 312.988.9000. MIRACLE will be most enjoyed by fans ages 10 and older. Children under 5 are not permitted at The Royal George Theatre.

WILLIAM MAROVITZ (LEAD Producer, Concept Originator) was a State Senator in the Illinois Legislator.  He spent 18 years in the Illinois General Assembly, receiving many Best Legislator Awards and sponsoring many landmark pieces of legislation. In 1987/88, as the State Senator representing the Wrigleyville community, Marovitz worked with Major League Baseball, the Chicago Cubs and the surrounding neighbors to forge a compromise that allowed for the installation of lights at Wrigley Field (8/8/88). Following his tenure in the Senate, he developed many buildings in Chicago’s River North area, some of which included 60 story residential high-rises.  He is currently co-developing a new high-rise project in the hot Fulton Market Corridor. The project is called the City Tech Center. Marovitz is involved with many restaurants both in and out of Chicago, including his ownership of Carnivale Restaurant in the Fulton Market Corridor. He has been an investor in several Broadway shows, including Tony Award winners Spambot, Glengarry Glen Ross, and All the Way, and is currently an investor in Tootsie.

ARNY GRANAT (Co-Producer) is a full-time producer/promoter from Chicago focusing on traveling exhibits, concerts and events. Over the last 45 years he has been a partner at Jam Productions, Ltd, Jam Theatricals, Outback Concerts, Grand Slam Productions and a producer of many other events and tours. Among Granat’s many achievements in the music industry are being named Pollstar’s Talent Buyer of the Year and Performance Magazine Readers Poll Promoter of the Year. Granat has also won 10 Tony Awards as a producer on Broadway with Jam Theatricals.

DAMON KIELY (Director) is the Chair of Performance at DePaul’s Theatre School and the author of How to Read a Play: Text Analysis for Directors (Routledge 2016). His production of HANK WILLIAMS: LOST HIGHWAY won the Jeff Award for Best Musical Production Midsized. He recently directed Robert O’Hara’s Barbecue at Steppenwolf’s 1700 Space and Boyfor TimeLine Theatre. From 2002 through 2007 he served as Artistic Director for American Theatre Company and has directed for American Blues, Strawdog, Route 66, A Red Orchid, Next and many others. His original plays Thieves Like us and The Revelwere produced by The House Theatre of Chicago.

MICHAEL MAHLER (Composer & Lyricist) (ASCAP) is the Jeff award-winning composer/lyricist of October Sky, Diary of a Wimpy Kid, Something in the Game, Hero, The Man who Murdered Sherlock Holmes, Wonderland: Alice’s Rock & Roll Adventure, How Can You Run with a Shell on your Back, and others. He contributed additional lyrics to Cameron Mackintosh’s Tony-nominated Broadway revival of Miss Saigon and served as original English lyricist for Boublil & Schönberg’s La Revolution Française. Projects in development include The Secret of My Success for Universal Theatricals, Jonestown, and Gravedigger’s Hamlet.

JULIAN FRAZIN (Co-Producer and Co- Concept Originator) was principal writer, lyricist and producer of the Chicago Bar Association’s famed “Christmas Spirits” gridiron shows for more than 50 years. His musical “Lords of the Levee” written with Alan Barcus and Rick Kogan, was named one the year’s top five entertainment events by the South Bend Tribune. Julian collaborated with jazz greats Larry Novak, Ed Tossing and Bobby Schiff on songs recorded by Dennis DeYoung, Ron Hawking, Alma Balier and Lucy Reed. A retired Judge of the Circuit Court of Cook County, he has been a theater critic for Chicago’s Law Bulletin Publishing for the past 30 years. 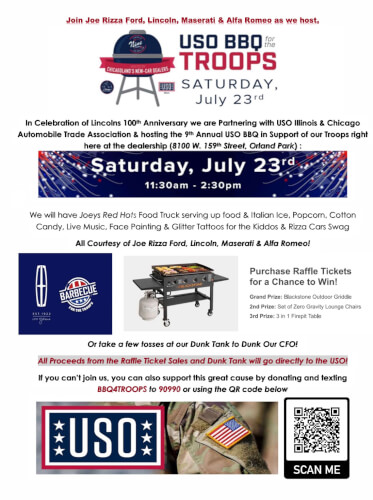