The Members were joined by officials from the Environmental Protection Agency, Lion Electric, and state and local government leaders to highlight federal funding and tax credits from the Infrastructure Investment and Jobs Act specifically directed at expanding electric vehicle charging infrastructure, and why it’s so important for the Illinois economy.

“I’m proud to have fought hard to make this surge of federal and state investments in electric vehicles a reality because Illinois has the workforce, innovation, and leadership to lead the clean transportation revolution–and become the economic hub of EV manufacturing and technology. From EV auto manufacturers like Lion Electric and Rivian and trailblazing battery technology research at Argonne National Laboratory to unions like IBEW training the next-generation of skilled workers to build and install new electric infrastructure, folks across our state are stepping up to ensure our transition to a cleaner, stronger economy,” Casten said.

“Illinois will lead the country in our fight to combat climate change–protecting our planet, our economy, and our health by ensuring Illinois is a force for an environmental and economic future we can be proud of.”

The combined influx of investments and tax incentives from the EV provisions in the Infrastructure and Jobs Act Rep. Casten fought to secure and the Reimagining Electric Vehicles Act signed into law by Governor Pritzker in October will create thousands of jobs, spur economic growth, and dramatically lower costs and taxes for Illinois drivers.

Expansion Solutions Magazine recently published a piece making a case for why Illinois is positioned to become the Silicon Valley of Electric Vehicles.

The Infrastructure Investment and Jobs Act–which made the largest federal investment ever in electric vehicle infrastructure in history–will provide Illinois $149 million over five years to build out a robust national network of chargers across the state. Illinois will also have the opportunity to apply for the $2.5 billion in grant funding dedicated to EV charging in highway corridors, rural, and disadvantaged communities. This massive influx of funding presents an enormous opportunity for companies like Lion Electric to create thousands of jobs.

For the first year of the program, Illinois will receive over $21 million to begin this work. Under the Infrastructure Investment and Jobs Act, the programs will provide nearly $5 billion over five years to help states create a network of EV charging stations along designated Alternative Fuel Corridors, particularly along the Interstate Highway System.

The total amount available to states in Fiscal Year 2022 under the NEVI Formula Program is $615 million. States must submit an EV Infrastructure Deployment Plan before they can access these funds.

A second, competitive grant program designed to further increase EV charging access in locations throughout the country, including in rural and underserved communities, will be announced later this year.

Governor Pritzker signed the Reimagining Electric Vehicles Act (REV) into law in October 2021, not only delivering climate solutions that will lower costs for consumers, but providing significant incentives that make Illinois a premier location for EV related companies looking to grow.

The legislation, which will bolster create new capacity for EV vehicle and component parts production and put 1 million EVs on the road by 2030, includes:

A $4,000 rebate if you buy an EV in Illinois, and rebates of up to 80% for the cost to install a charging station. Both incentives start July 1, 2022. Buyers will need to apply for the rebates within 90 days of purchase. The incentives can be applied to new or used EVs.

Lion Electric, the first manufacturer to put electric school buses on the road, is poised to create over 1,400 clean manufacturing jobs over the next four years. Its Joliet facility will be the largest dedicated medium and heavy-duty electric vehicle manufacturing plant in the US and has an annual production capacity of at least 20,000 all-electric buses and trucks per year. 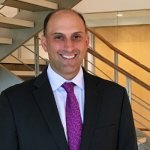