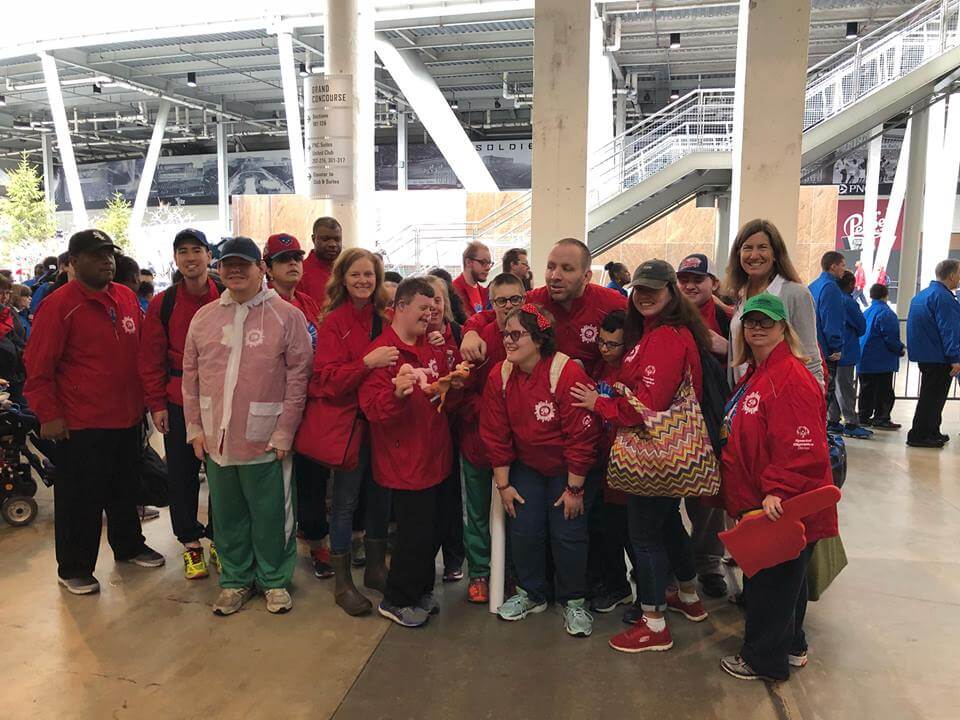 SPRINGFIELD, Ill. – State Rep. Fran Hurley, D-Chicago, issued the following statement on Wednesday after being sworn in for a new term:

“We can see that a brighter future lies ahead for Illinois. As we enter a new term, I will continue working in a bipartisan manner to tackle the toughest issues facing our state.

“Among my top priorities is to ensure we are taking better care of our law enforcement officers and first responders. The number of suicides among first responders currently outpaces line-of-duty deaths. This is troubling and heartbreaking, and must be addressed. I welcome input from officers, their family members and the community as we work together to improve officer safety and wellness.

“We must also enact meaningful property tax relief to make home ownership more affordable for middle-class families and seniors. Elderly residents who are long-term home owners are losing money from requirements to re-apply every year for their property tax exemptions. This is another issue I intend to address legislatively in the weeks to come.

“Equally important as my work in Springfield is making myself accessible to the residents of my district. I am already building a calendar of events for the year, including a combination of new ideas and familiar standbys like ‘coffee and conversation’ meetings with constituents. Through events, walking door-to-door, and extended and satellite office hours, I hope to hear from as many residents as possible so as to effectively represent their thoughts and viewpoints at the Capitol. Many difficult decisions will be made in the next two years, and I remain committed to serving the people of our community.”

SPRINGFIELD, Ill. – State Rep. Emanuel “Chris” Welch, D-Chicago, issued the following statement after being sworn in as state representative of the 7th District for the 101st General Assembly:

“After four years of Gov. Rauner’s failed leadership, Illinois is ready for a fresh start. The residents of our state resoundingly rejected the partisan gridlock and political games that have become all too common in Springfield. 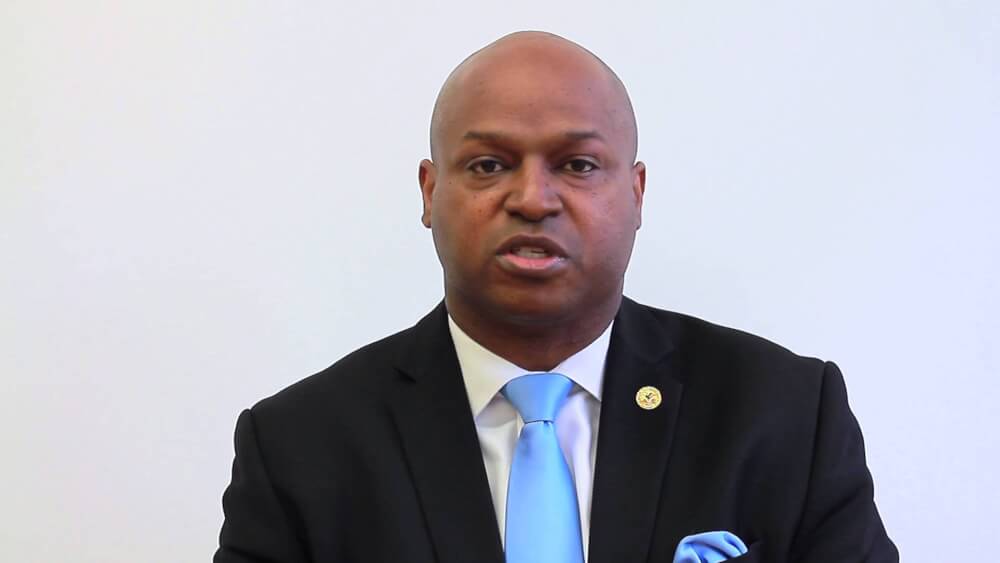 “Working families in Illinois deserve a fair deal that will lift up all residents. Over the next two years, I will continue my fight to provide tax relief to the middle-class by asking the ultra-wealth to pay their fair share, to give our schools and higher education institutions the resources they need to thrive, to ensure access to quality healthcare for all and to pay a living wage to every Illinoisan that is willing to put in an honest day’s work.

“Moving forward, we owe residents a government that works to address the problems that our communities are facing. While we may not agree on every issue, I have faith in my colleagues—both Democrat and Republican—to turn a new page and begin a collaborative effort to improve the lives of every individual that calls Illinois home.

“Solving our state’s problems will require tough choices and good-faith compromise. It will not be an easy task, however I am confident that by working together we can build a brighter future for Illinois.”

Hernandez: We Have the Opportunity to Build an Illinois that Works for Everyone

“I’m honored and humbled that my neighbors have trusted me to continue working on behalf of our families. Navigating my way through a field dominated by men has pushed me to fight tooth and nail for what I believe in. Despite the failures of Bruce Rauner and the bigoted policies of Donald Trump, we’ve been able protect access to health care and ensure people aren’t discriminated against because of their immigration status. However, there’s a lot more to be done.

“I’m ready to work with a progressive Legislature and our new governor to provide our public schools the funding they deserve, to raise the minimum wage to a living wage, to provide real property tax relief for working families, and to ensure immigrants are able to go about their everyday lives without the fear of being separated from their loved ones.

“Now more than ever, we have the opportunity to lift up Illinois by ensuring we have an economy that works for everyone, as well as a fairer tax system that ultimately lowers taxes on working families. Solutions won’t come easy and tough decisions will have to be made, but I’m ready to continue fighting for my community.”

“Illinois faces a road filled with challenges and tough choices as we work set out to repair damage caused by the Rauner Administration and reject the extreme agenda being pushed by Donald Trump and his allies in Washington. Putting our state back on track and continuing to advocate for local families will be my top priorities in the days, weeks and months ahead.

“We need to adopt a fairer tax system that demands the wealthiest to pay their fair share to lower the burdens placed on middle-class families. Local public schools need greater funding from the state to provide the best possible opportunities for our students and prevent closures. I will continue fighting for a Chicago elected school board to give local families a voice and push for stronger affordable housing policies.

“Gun violence continues to plague our communities, and more steps must be taken to ensure deadly weapons stay off our streets and violence is reduced. We need to raise the minimum age to buy guns and get at the root causes of consistent crimes to prevent future gun violence. More solutions can be found with criminal justice reforms by decriminalizing recreational marijuana.

“Our efforts to strengthen urban agriculture must also continue. Following the passage of the Urban Agriculture Zones, we need to continue eliminating food deserts across the state to help people buy healthy foods for their families. This will help empower communities to develop and create more economic opportunities for families there.”

Lilly Sworn in for Another Term

“I cannot thank the residents of the 78th District enough for giving me another chance to fight for them in Springfield. There is a lot of work left to do to make our state a better place for everyone, and I am confident that we will accomplish more with the new administration. I look forward to working together to create jobs in our community, improve our schools and ensure affordable healthcare for all. 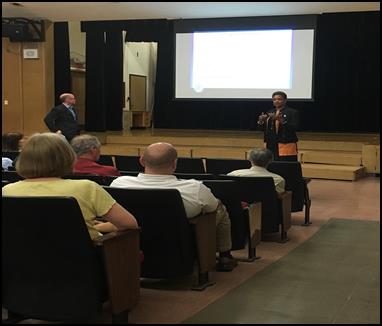 “Fairer taxes for the middle class are a top priority for me this term. We need to reduce the tax burdens on our middle-class families by enacting real property tax relief and implementing a fair tax system that forces the wealthiest millionaires and billionaires to pay their fair share.

“Our schools and students need more from the state, too. We need to continue building on strengthening our schools with greater state funding to give all students the best possible opportunities to succeed, while being less reliant on local property taxes.

“Health care remains another significant area that must be protected, including the health of our youth. Tobacco continues to diminish the health and well-being of our young people who should be encouraged to focus on school and extracurricular activities rather than developing deadly habits. I plan to continue my work with health advocates to pass legislation raising the legal age to purchase tobacco from 18 to 21.

“As we look towards a new legislative session, I remain committed to the commonsense solutions our communities demand from Springfield.”

Lilly represents Chicago’s West Side, Oak Park, River Grove, Elmwood Park, Franklin Park and Melrose Park. Join her weekly newsletter to stay up to date with events and news from the 78th District.