Now that elections are over, voters get hit by a costly truth

If you listened to Gov. J.B. Pritzker’s campaign rhetoric, you would think that Illinois was well on its way to economic recovery.

Pritzker threw a few hundred dollars at us in state tax money, spent hundreds of millions on himself and to help Darren Bailey win the GOP primary last June, and then he announced tax moratoriums he said would help us poor fools, including on the gasoline tax, all before the November 8 General Elections.

Daddy Warbucks got what he wanted, his re-election. For the rest of us, the fools who were gaslit by the exaggerated campaign rhetoric — the taxpayers — we are left with the reality. If you voted for him, you deserve it and can’t complain. Just get out your check books, or more likely your credit cards with the increasing debts, and start paying more.

Because that is your future.

Pritzker pushed through what he called a $1.8 billion tax relief plan, which gave an average of $450 to the typical Illinois family. Basically, it was a bribe to voters.

You won’t get more “tax relief” and the $450 most Illinoisans received won’t even come close to off-setting the skyrocketing inflation and the return of all those taxes he temporarily suspended.

Pritzker’s 2022 budget suspends the tax on groceries for one year, saving consumers an estimated $400 million, freezes the motor fuel tax for six months, saves consumers an estimated $70 million and doubles the property tax rebate, saving up to $300 per household, the governor bragged ad nauseum in his press releases and campaign yapping. Yet, at the same time, it raises $650 million in new taxes.

But Pritzker also hiked the gasoline tax, delaying its collection until next year — after the election. He passed a bill suspending the state gas tax for six months, once again to help him get through the Nov. 8 election. And, Pritzker ordered gas stations to promote the suspension on all gas pumps. Of course, he said nothing about the massive increase that slams motorists when the suspension ends and the hike in gasoline taxes starts on New Years Day.

Delaying a tax hike is not the same as cutting taxes. In fact, it’s worse when you wrap it in a tax hike.

Not so widely expressed is that the gas tax will continue to increase every year, starting in 2023.

There’s also a fog around the Worker’s Rights Amendment (Amendment 1, a right to collective bargaining measure) which described as a drive to help Union workers. It passed o November 8, but critics contend that it will likely hike property taxes as much as $2,149 a year for most Illinois residents over the next four years.

Through his special interest PACs, Pritzker argues the Amendment “does not guarantee a property tax hike.” Giving unions better contracts will require funding to come from someplace.

It’s a rhetorical subtlety that is important here. It won’t “guarantee” a tax hike, but that’s not the same as saying property taxes will not be increased to fund it.

The decision is up to Pritzker, who doesn’t care whether you get mad now, after the election. He got what he wants.

Illinois is financially unstable, in comparison to other states, and one of the most important direct revenue sources is property taxes. Illinois is the second worst state when it comes to property taxes, according to the Civic Federation.

Oh, and your property taxes in Cook County will be increasing, too, and are reflected in the tax bills that were finally released this week, after the election.

THE POLITICAL GRAPEVINE: If you want to stop Mayor Lori Lightfoot’s failed policies, you have only a few real choices in next year’s elections on Feb. 28. They are Dr. Willie Wilson and Paul Vallas. Congressman Jesus “Chuy” Garcia, who is on his way to setting a record for running for the most offices in Illinois, is basically a Lightfoot clone. In fact, some people believe Garcia is there to help Lightfoot siphon votes away from her harshest critics.

You have to give praise to 15th Ward Alderman Raymond Lopez, who decided to withdraw from the mayor election and put the city’s interests first before his own political interests, a non-Garcia like thing to do. Lopez’ voice in the City Council is badly needed and if Vallas or Wilson unseat Lightfoot, he would become a major city council leader.

Here’s the list of 11 candidates who have filed to run for Mayor of Chicago. (The top six names filed at the same time and will be in a lottery for first position on the ballot. Everyone else is in ballot position with Chuy Garcia at the last position. 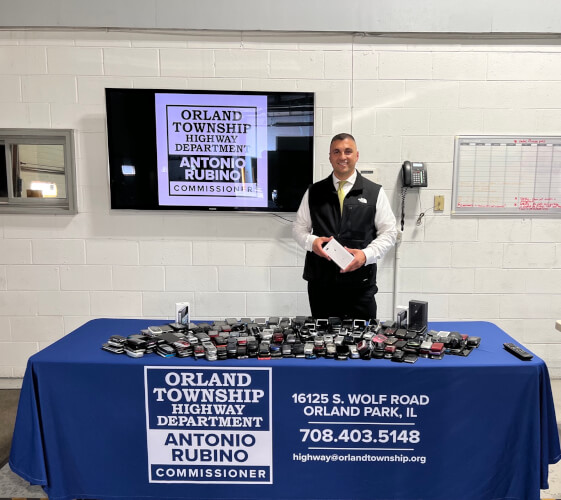 Comment (1) on “Now that elections are over, voters get hit by a costly truth”