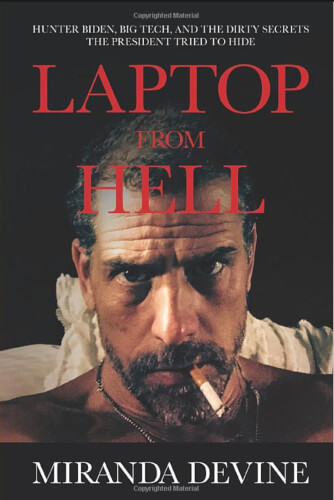 As Russian tyrant Vladimir Putin prepares to invade Ukraine, Americans are living in a world of censorship where they don’t get the whole truth. That skewered system driven by mainstream news media bias and social media censorship is twisting facts and giving us a distorted image of what’s really happening. Is President Joe Biden taking Putin’s threats seriously enough? We don’t know because the news media spends more defending him that exposing the facts

The warnings that Russia will attack the Ukraine have been much like the forecasts of the TV meteorologists. They can predict snow but how intense or light, they often get wrong. Schools close. Some parents stay home from work. And the snow fall is light.

We live in Chicagoland, folks. It snows! It always has. We’ve seen some real storms but what we have been seeing lately seems pretty much mild and manageable.

Every day, we’re told, a Russian attack is eminent “in the next day or so.”

Everyone is focused on the apparent plans that Russia’s tyrant Vladimir Putin has to revive the old Soviet Communist empire when he is not killing rivals with radiation poisoning in cities around the world.

But this crisis isn’t just about Putin. It is about President Joe Biden who has benefits from the crisis to off-set his past problems.

As we enter the midterm elections this year, what we are not talking about when we talk about Ukraine, is Biden’s failed policy on Afghanistan where tyranny and religious fanaticism that empowered terrorists has returned.

What we are not talking about is the failed efforts to restore the Joint Comprehensive Plan of Action (JCPOA) agreement with the terrorist regime in Iran. Iran has been dragging its feet in the Vienna negotiations since they began nine months ago and advancing its uranium enrichment to the point where even Secretary of State Anthony Blinken has warned it will reach the point where an agreement become irrelevant.

And, domestically, Biden has been unable to gather the votes needed to pass the Build Back Better plan which he touts will help America’s economic recovery. He can’t get the whole package through because he can’t keep his party together.

But then there is the Ukraine “crisis.” Every day that Americans fear the breakout of war, we are not talking about Biden’s failure in Afghanistan, the expansion of terrorist Iran or the erosion of his political base as we enter the midterm elections.

The midterm elections, as you know, are important because in nearly every presidential term, with only a few exceptions, the political party that holds the White House, this year the Democrats, lose control of the House and Senate to the opposition, the Republicans.

If you think negotiations with Iran have been bad, wait until the Republicans take over the House and the Senate. America will be in worsened polarization.

You can’t blame the Republicans for the polarization. You have to blame the Democrats, too. It seems that no one cares about the country more than they care about their politics.

Democrats keep exaggerating the Jan. 6 violence as an “insurrection” (meaning an orchestrated, organized violent assault) when it fact it was an act of unprecedented violence from some of the thousands of demonstrators who gathered to protest against the presidential election results.

The media was so biased against claims of vote fraud — something inherent in American election systems across this country — that it fueled the belief that somehow the election was stolen.

Meanwhile, the Democrats did nothing about the months-long violence that was fueled by George Flood’s murder when thousands and thousands of protestors destroyed, burned down and vandalized businesses, and killed police and civilians.

They were just expressing their rage, or letting off “justified” steam.

There is a middle ground but the mainstream news media is not there, but they should be.

Among the questions not being asked are those involving Biden’s controversy-plagued son, Hunter, and his brother, who have engaged in millions of dollars in consulting contracts in the Ukraine.

Miranda Devine, whose father Frank Devine was a friend of mine when he ran the Chicago Sun-Times under the rightwing media mogul Rupert Murdoch, wrote an eye-opening book you should read called “Laptop from Hell.”

The book is about the evidence of what Hunter did that was left on a laptop that he brought to a computer store weeks before his father announced his candidacy for the presidency. But Hunter, who had a drug problem, according to the book, never picked the laptop up and the computer store owner, who held conservative political views, owned it and made it available to Biden’s critics.

Few media would explore those facts because they didn’t want to hurt Biden’s chances of defeating the blowhard and petty former President Donald Trump.

How does this all tie into the Ukraine. Like most conspiracy concerns, we won’t know for many decades. By then who knows what will happen in Ukraine.