The Lyons Fire Department will celebrate its 125th Anniversary at a memorial dedication on Sunday Nov. 28, 2021 beginning at 12 NOON.

The event will be outdoors at the Lyons Fire Department, 4043 Joliet Avenue in Lyons.

“We honor our first responders and recognize the challenges they face to protect our citizenry,” Getty said.

“Our fire department is the best in the region. They are dedicated to fighting fires and saving lives. They do a great job in protecting all of our families.” 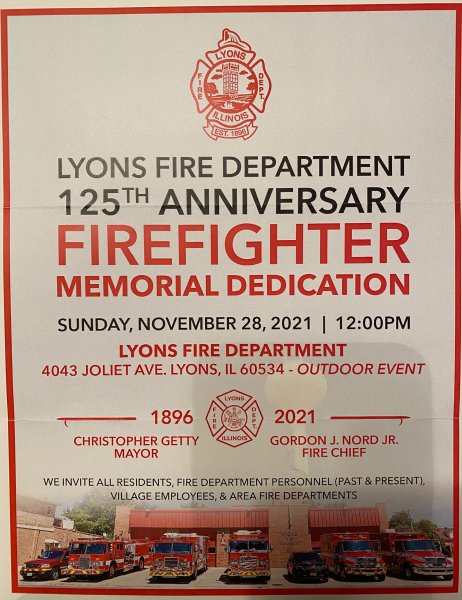 Getty said that that all of the town’s residents are encouraged to attend and commemorate the firefighters and the Fire Department on this important occasion.