Red light cameras would be good, if they were fair

If there is one thing that most drivers hate, it’s red light cameras. But I think red light cameras, and even speed cameras, are necessary to crack down on reckless drivers who we all see blow red lights, or who race 20 miles over speed limits in our neighborhoods.

The problem, though, is that the system is rigged. It’s not about safety. It’s about making money.

Chicago and many communities want to hit you with a fine, not keep you safe when they install red light cameras.. 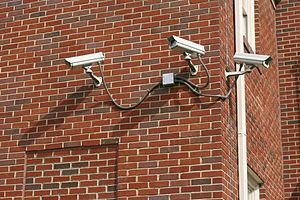 Why else does Chicago adjust the red lights when it installs red light cameras to shorten the Amber (Yellow) light from 3 seconds to 2 seconds. The fact is almost every light is adjusted down to reduce the amount of time cars have to go through a light when a camera is installed.

If communities cared about safety first, they would increase the amber light, not shorten it. And, they should install “count down” light displays, you know where the traffic light displays a count down of 20 seconds to when the light changes.

That would prevent accidents when cars see the difficult-to-see “warnings” that a red light camera is installed at an intersection. Fearing the ticket, cars slam on their breaks as they approach lights in anticipation of the light change.

I also support speed cameras, but they should be set to 10 miles or more over the speed limit. The reason is that road speed signs change so abruptly and quickly on many roads, again for the wrong reasons.

It is frustrating to watch as cars zip through school zones when the schools-in-session lights are blinking. I wish I could give them tickets. Or when you stop at a red light and the idiot next to you speeds up to rush through.

I want the police to nail speeders and reckless drivers, but you just can’t trust government that is driven more by making money than it is about your safety as a driver or a school child trying to cross a street to get to school.

AND MORE IN SUPER DELEGATES …

In one edition of this newspaper, I wrote about the unfairness of our election system. I pointed out Super Delegates strip the voters of their choices for president. And, I criticized the “Electoral College” as a flawed system.

The Electoral College isn’t Democratic at all. It’s an effort to ensure that the “insider establishment” gets to select the candidates they want to become president, not you, the people.

Here is how the government describes this process: “The process for selecting Electors varies throughout the United States. Generally, the political parties nominate Electors at their State party conventions or by a vote of the party’s central committee in each State. Each candidate will have their own unique slate of potential Electors as a result of this part of the selection process. Electors are often chosen to recognize service and dedication to their political party. They may be State-elected officials, party leaders, or persons who have a personal or political affiliation with the Presidential candidate.”

In a way, you vote for the Electoral College, but you really don’t pick them. And the truth is most are not obligated to vote for the president they claim to have represented. They can vote anyway they want.

We should change the presidential elections. Eliminate the primaries. Allow anyone to run for president. Eliminate the Super PACs and put a limit on how much a candidate can spend, and require the media to set aside programming to allow each and every candidate to provide information on who they are fairly and on a level playing field.

As it stands, the system is corrupted by insiders who want to prevent the average Joe from taking over the country. But, the principle of “majority rule” either means the majority makes that choice, or it doesn’t. If it doesn’t, they let’s at least stop pretending that we are a Democracy.