Once again, Keith Pekau demonstrated why he should not be the mayor of Orland Park. He has no class, is a political bully, and loves to attack anyone with whom he disagrees. On top of that, he doesn’t know how to run a board meeting. Pekau attacked Trustee Dan Calandriello simply because Calandriello wanted to help Orland Park’s small businesses, which have been brutally besieged by the coronavirus COVID-19 pandemic.

UPDATE 4/09: The 18 1/2 minute audio file has been deleted and removed on Thursday by the Pekau Administration. Click here to hear the audio tape they can’t delete.

Orland Park Mayor Keith Pekau went on a verbal rampage during a committee meeting Monday personally attacking a board trustee who urged the village to support local businesses struggling under the enormous weight of the coronavirus pandemic.

Pekau was angry because he had to convene a Committee of the Whole (COW) meeting by teleconference because Trustee Dan Calandriello proposed supporting local businesses, before the regular board meeting was to be held afterwards at 7 pm.

The COW meeting only lasted about 14 minutes, but Pekau attacked Calandriello personally and repeatedly during the meeting, accusing Calandriello of exploiting the pandemic for his own personal political agenda.

Worse is that Pekau acted like he is some kind of Soviet era tyrant who bullies the board, failing to following even the most simple and fundamental procedures for holding a board meeting.

In 45 years of covering governments, I have never seen so many violations of Roberts Rules of Order by any one politician than I saw by Pekau, the accidental mayor who stumbled into office because his predecessor made a last minute grab for an outrageous pension and salary.

Instead of being a leader, Pekau is a bully. Instead of allowing Calandriello the respect of arguing for his plan to help small businesses, he instead attacked Calandriello repeatedly.

The village board meetings are scheduled in advance but under the COVID-19 pandemic, the usual procedure of requiring Open Meetings Act procedures have been relaxed. Boards can “meet” by teleconference, which is what the village did on Monday.

The only thing Pekau did right was to direct the clerk to call the roll at the beginning of the meeting and at the end to adjourn. They recited the Pledge of Allegiance and then approved by a vote led by the clerk to approve the minutes of the last meeting.

Pekau then began the official meeting noting the teleconference is authorized by order of the Governor. The clerk read the only item on the agenda, Calandriello’s important proposal to help small businesses: a “Trustee Initiative; a short-term response – Aid as a Result of COVID-19 Outbreak. Trustee Calandriello.”

Pekau acknowledged Calandriello who respectfully answered, “Mr. Mayor” and then began his explanation about the Pandemic’s economic impact on small businesses.

“Mr. Mayor, I put this on the agenda today because I think we need to talk about economic aid for our businesses now and not waiting until the stay-at-home is lifted to start helping our businesses,” Trustee Calandriello explained.

“The Village of Orland Park cannot throw away our resources
for programs that will have little or no impact,” Pekau said of supporting local businesses Monday, April 6, 2020.

“According to the US Chamber of Commerce more than 40 percent of businesses will close for good in the next two weeks and the Federal loans might not be able to help soon enough,” Calandriello said.

Calandriello then offered some words of praise for Pekau and the board, saying, “We can afford this because we have been good stewards as you have been and as the board has for a long time, we have been good stewards of our tax money with healthy reserves of over 31 percent with reserves. I like this conversation about short-term because at the end of the day it is our responsibility to help our businesses now. We depend on the economic success to keep our property taxes low and it is time that we return this favor at this time [for businesses].”

Calandriello again acknowledged that Pekau wants to do something long-term saying, “I respect your wishes … but we need it now.”

Without following the proper procedures of a board meeting, Pekau assumed his role as the Bully in Chief tyrant and then took a rollcall (even though no motion was ever made to consider the proposal.)

Pekau just started talking and twisted and distorted Calandriello’s motion, saying, “So now I am going to ask the board members if they want our staff to spend resources and time to put this all together and put this on a board meeting for the next board meeting?”

Basically, Pekau asked the board to reject Calandriello’s idea. Pekau then went to a vote calling out each trustee by name immediately to end the discussion.

Katsenes, one of his strongest supporters, was first. After a seven second delay after her name was called, Katsenes seemingly startled, said, “I’m sorry … Trustee Katsenes. No.”

Pekau called Healy, Milani, and then Dodge, who all voted no.

Dodge, who has been shell-shocked by the beatings he has received at past board meetings by Pekau, whimpered saying, “I think we should work it the way we have been, Mayor Pekau, which is to flow ideas to you and to George and keep working the problem. No.”

Where did Dodge’s independent voice disappear?

The mayor never bothered to complete the roll call to ask for Calandriello’s vote because it really wasn’t an official rollcall that followed any procedures I have ever seen.

“Well, OK. I am also a no. So, this dies for a lack of even a second vote. I want to take the opportunity for everyone to understand what happened here,” Pekau said like he was speaking to a bunch of children who are not smart enough to understand government.

“When this isn’t seconded or discussed, the other board members are really making a statement to their fellow trustee that this really shouldn’t have been on the agenda.”

No mayor, that’s not true and you know it. Why didn’t you tell the public that all of the trustees had initially supported Calandriello’s idea to discuss the need to help local businesses … until you called them and ordered them to oppose it?

“I’m going to be a bit more blunt than that,” Pekau continued.

“One trustee with no support forced us to have this meeting where there is no other business.”

Are you saying Mayor that helping Orland Park businesses is not important enough to hold a 15-minute teleconference meeting?

“This is an attempt by one person to grandstand and play political games during a crisis. This is unacceptable. Everyone else on this board has been working as a team without seeking accolades. Every other trustee has been forwarding ideas to George (Village Manager) and me regularly. So have our economic advisory board members. Everyone has had good ideas,” Pekau ranted.

Pekau then said that there were trustees who were doing things “under the radar to give back” without seeking attention, and of course, they are Pekau’s allies and he went out of his way to make sure to pat them on the back by name and give them attention and praise.

“My point is none of these trustees have sought any credit or airtime for these actions.” And yet, Pekau gave them credit and airtime.

“On the other hand, one trustee contributed his first idea since the crisis began on Wednesday of this last week but demanded that we discuss it in public because he wanted to grandstand and get credit.”

No Pekau, that’s not what Calandriello said. He said that many small businesses in Orland Park have been asking for help and don’t feel they are getting any.

In describing what the village is doing to help Orland Park’s businesses, Pekau cited the Federal Government’s efforts to provide money to every citizen, something Pekau has nothing to do with, but making it sound like it was his own idea.

Pekau noted there is a $10,000 payroll loan to small businesses, again from the SBA, to help businesses in need. Having owned a business in the past I know that $10,000 won’t prevent a business from closing under the pressure of the coronavirus pandemic.

They can also apply for more, Pekau said, from the Federal government, but never mentioned the point that Calandriello made that applying to the Federal Government is a long and difficult process. It could take months for loans to be approved and disbursed.

“The Village cannot provide those kinds of funds,” basically saying small businesses in Orland Park shouldn’t hold their breath hoping for support from the Pekau administration.

Then Pekau twists and distorts Calandriello’s comments even more, asserting, “But, Trustee Calandriello indicates that we are not really doing anything to help our businesses, is what he is implying by this.”

Pekau did reveal that while not wanting to help local businesses, he did change village rules so that contractors with the village would to get paid faster to address their liquidity needs.

“This gets them [Contractors] their money in 15 to 30 days,” Pekau said proudly.

Most of those contractors, I guess, are from outside of Orland park.

Pekau then unveiled the bad news for the suffering small businesses in Orland park, basically saying they should not hold their breath and said that they should instead go to the Federal Government for help.

“The Village of Orland Park cannot throw away our resources for programs that will have little or no impact,” Pekau said.

“The federal government is distributing local relief funds through the state and the county, like I said, and it is important not to squander the few resources we have for little impact on the short-term. We need to have those funds available for the recovery that will follow when those things open back up.”

Calandriello, who was personally attacked and his proposal repeatedly distorted, had an absolute right to respond. But Pekau refused to allow him to respond because Pekau is thin-skinned and has no tolerance for criticism.

(Robert’s Rules of Order prohibit personal attacks of any kind. Read it Mayor!)

When Calandriello protested, Pekau said, “Trustee Calandriello, you are out of order. I will entertain a motion to adjourn,” Pekau barked.

Katsenes and Healy moved the adjournment.

So much for helping small businesses, or, hoping for someone with the skills to lead Orland Park through this crisis.

I give Calandriello credit for not sinking to Pekau’s low. 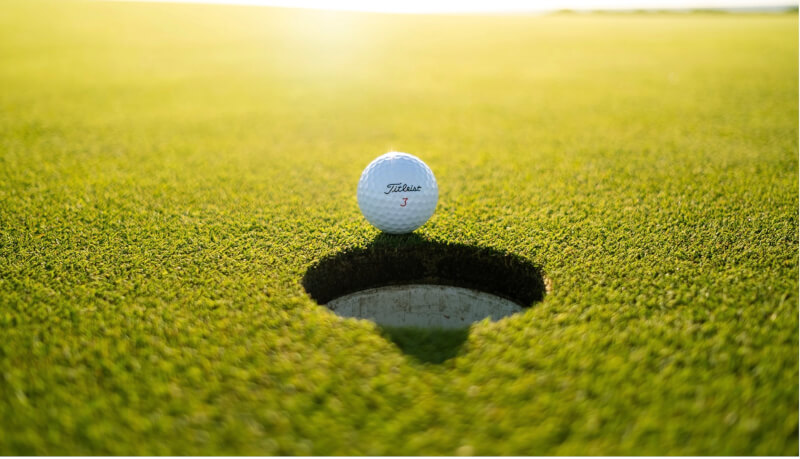