Must win  four of five for shot at football playoffs

The Lyons Township football team finds itself in the unenviable position of needing to get hot – and fast – in order to have a shot at making the  state playoffs.

The Lions are now 1-3 overall and need five wins to be considered playoff worthy. Lyons’ plays its homecoming game at 1:30 p.m. Saturday against Proviso West.

“We’ve got to take care of business going forward. You’ve got to win four, four out of five. It’s going to be rough,” Lyons Coach Dan Hartman said after the most recent defeat.

Hartman was proud of how his defense played against York in the Lions’ last game on Sept. 20,  especially a goal-line stand that resulted in just a field goal.

“Any time you hold somebody to 17 points, as a head coach, you think you should probably win the game,” Hartman said in Elmhurst after York beat Lyons, 17-3.

Lyons offensive tackle Theodore Gazis is helped off the field Sept. 20 after injuring his right knee. He had hurt his left knee in the season opener and just received clearance to resume play last week. Photo by Steve Metsch.

Lyons’ scoring was limited to a 38-yard field goal by Chris Clarke to close the first half.

“The defense played a great game. They absolutely got after it,” Hartman said. “Those guys were flying around all night – kept giving us chances – and we could not execute on offense.”

Hartman thought the afore-mentioned goal-line stand – which resulted in a 10-0 deficit – would have “rallied the troops.” It did not and the Lions’ offense seemed stuck in neutral all evening.

The first possession ended with a fumble by quarterback Joey Antonietti at Lyons’ 31-yard-line and led to York’s first touchdown.

A drive early in the fourth quarter found Lyons with a first-and-10 at York’s 14-yard-line. Things looked good.

But after two incomplete passes and a quarterback keeper for 7 yards, senior quarterback Blaise Reichert’s pass sailed far over the head of Clarke in the end-zone.

The Lyons defense then forced a punt which was shanked, giving Lyons the ball at York’s 37-yard-line with 3:07 left and York leading, 17-3. That drive ended when Trell Harris dropped a pass just inside the goal-line.

“If you don’t’ execute, you can’t beat a team like York that’s doing pretty well,” he added.

After Antonietti made his varsity debut Reichert, the former starter, took over later in the first half. They took turns at QB.

“There’s no decision. Both, as you can see, had some bright spots, but at other times they looked not so great. Pretty inconclusive, don’t you guys think?” Hartman asked reporters.

A second-quarter possession that started at York’s 44 with Lyons trailing 7-0 ended after Antonietti ran three straight times before throwing an incomplete pass on fourth down.

“That was a box-down, and the quarterback made the decision to run,” Hartman said.

“What really makes their defense go is those interior linemen they have. Their defensive line is really strong and they make it difficult to run the ball. That forces everything outside,” Hartman said.

The temperature was 80 at kickoff.

Three points is the fewest York has allowed this season: “We threw a few curve balls at them that might have helped,” Gelsomino said.

So did Nick Conroy. The 5-foot-10, 180-pound senior scored touchdowns on 1-yard plunges in the first and third quarters.

“Tough runner … Not a real big guy. He’s tough as nails, though,” Hartman said. “York’s (offensive) line is probably the best line in the conference.”

Merry Christmas, and clean up that garbage mess! Baby Boomers 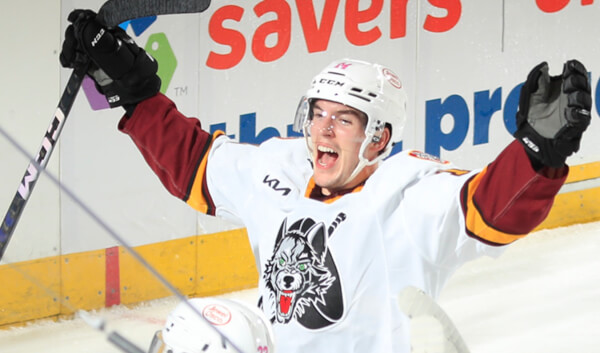