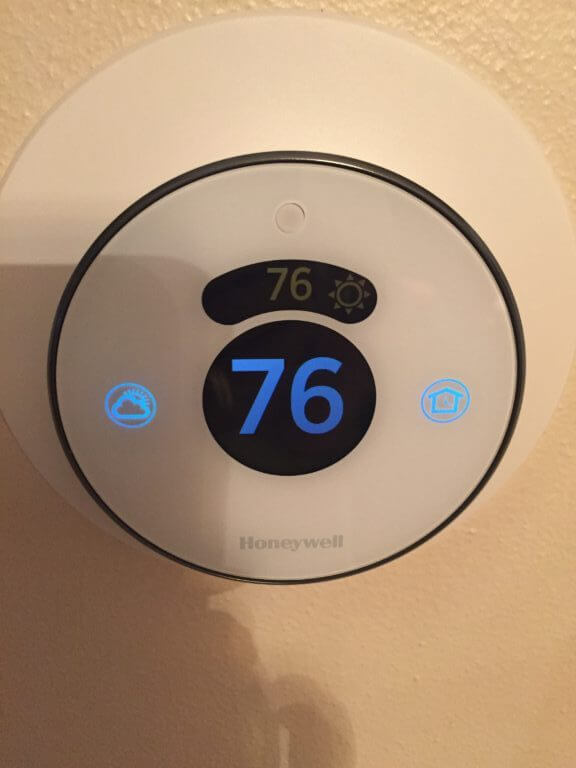 Honeywell’s Lyric Round temperature control fails on all levels

Who doesn’t want to travel and yet maintain control of your home? Advances in technology have offered opportunities for the computer and cell phone industries to develop technology that can be controlled remotely. The problem is that most computer technicians are not normal people and have no idea what normal people need

The idea that technology has grown so much over the years that you can control your entire life from remote locations and long distances sounds great, but it doesn’t always work.

One of the constant problems is the inability of the technicians who design the products to actually be human. What I mean is, these technicians with the “brilliant minds” don’t often live the way normal people live. Instead, they live vicariously through literature, perception and the drive to make money.

So, they produce products that sound great to them, and satisfy their limited needs. But the products they make fail across the board when normal, everyday people try to use them.

Honeywell, a company with a long history of designing products for consumers, has really struck out on a great idea that they couldn’t master. It’s the Lyric Round, a home wall thermostat that you supposedly can control from your cell phone using one of their Apps.

On the one hand, the remote control does work. But the downfall of the system is that apparently, most of Honeywell’s technicians don’t own normal homes with normal electrical designs.

Instead of making the Honeywell Lyric Round work with a typical homes electrical system, you have to use a AAA Battery. Not just any AAA Battery, but a “Lithium Battery” which is a little more powerful but is much harder to find.

You won’t find it at Walmart, Costco, Marianos or Jewel Osco, where normal people shop. But you might find it at the stores that sell this failed product like Menards, Lowes and Home Depot.

Without the battery, it doesn’t work. But the batteries are expensive and they don’t last longer than a few weeks, so you are constantly popping the Lyric Round open, pulling off the hole cover and unit from the wall, once you have installed it to replace your old analogue thermostat that worker perfectly fine.

The problem is that most homes don’t have the one electrical wire that systems need to power units like the Lyric Round. That’s why they designed it with a battery.

The Lyric Round costs $199, plus tax. But during the year, you will probably spend about $75 to purchase replacement batteries that last only a few weeks.

Again, the reason they put the battery in the system is because they know that the system won’t work on most homes because the typical thermostat lacks a C-Wire.

But, no C-wire. And that lack of a C-Wire creates a problem for 90 percent of homeowners who own homes that weren’t built in the aftermath of the release of the iPhone 4!

If you go online, you can read a lot of reviews complaining about the Lyric Round, the absence of a C-Wire and other problems like the only way to access your Lyric Round is using a cell phone.

But why would a Honeywell technician or designer care about the problems average people will have with their products when places like Best Buy (really call Best Buy “Worst Buy” because there is nothing “Best” at all about “Best Buy.” Best Buy wants you to buy the junk because they profit quickly off of it and then move on to something else.

So when Best Buy puts their arm around a product, you have to take pause and really look closely.

But that’s why I waste money on crappy products so you don’t have to waste your hard earned money.

Honeywell really went out of style generations ago. The Lyric Round pretty much explains why.

The Coronavirus versus the “cost virus,” the public is paying for it Blogger

Smashburger is the ultimate best tasting burger ever Blogger