When the Super Bowl first began in 1967, it was a wholesome iconic role model for young men and women. Today it’s driven by greed, and the real focus isn’t on athletic competition of sports, but rather it is on profit and advertising. And some of the Ads challenge American sensibilities, especially those that allude towards criticism of the Police

Sitting in my confirmation class at Bethany Lutheran Church on January 15,1967 is when I first heard the term “Super Bowl” – it was originally called “AFL-NFL World Championship Game” but Pastor Roy Ryden used the popular media term to describe it in a sermon about the importance of youth.

Pastor Ryden noted the enthusiasm of the male members of the confirmation class and how they couldn’t wait to get out of Church to watch the football game between the hated NFL Green Bay Packers and the AFL Kansas City Chiefs.

It was a natural thing to happen, of course. Six years earlier, rebel businessmen who wanted to compete with the National Football League (NFL) decided to launch their own football venture, the American Football League (AFL). The two merged four years later back into the NFL. 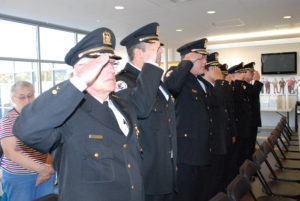 Although the football competition was the original focus, things quickly changed to the Super Bowl Commercials that fill the game’s TV broadcast time. Those ads rose from $37,500 each in 1967 to $5.6 million today.

It makes me wonder about the Super Bowl or how it was supposed to positively influence our youth.

Politics and agendas have dominated the game in recent years, along with the usual profits and greed. This year’s crop of Super Bowl Commercials includes two political Ads, one from President Trump bragging about how great the economy is – even though the biased mainstream news media doesn’t want to listen – to former New York Mayor Michael Bloomberg introducing himself as a presidential contender. He certainly is more appealing than anything the Democratic Party has had to offer so far.

All the Ads have to do with selling cars, beer, food, snacks, cosmetics, bio-degradable gym shoes, internet services, and an NFL pitch bashing Police for the actions of an off-duty, rogue cop who shot and killed in 2015 the cousin of wide receiver Anquan Boldin in Florida.

The message has aired during three past Super Bowl games.

That got me thinking about another commercial no one has the courage to air, one that focuses on a very young inner-city kid with what could have been a bright future who turns away from school, is abandoned by his father and consumed by the street gangs in his community. Contrary to his high school graduation picture, he pursues the drugs and gun-addled life inspired by “Gangsta Rap” music. He struts through the street in defiance of Police efforts to arrest him ad is shot and killed.

Suddenly the family that abandoned him is concerned. And with the help of publicity-seeking activists, announce plans to file a lawsuit against the Police because the death of their “beloved son” was the fault of police.

The police officer gets charged, is convicted in the news media first driven by accusations of racism, and then sentenced to a long jail term.

The family that couldn’t help steer the boy in life, not only profits from his death but suddenly has people concerned about them now. The Chicago City Council and its politicians scramble to exploit his death, to become mayor.

Pastor Ryden didn’t live long enough to see this all happen, passing away in 1992.

If a Super Bowl commercial could capture what has happened to the American Dream better, but I just haven’t seen it.

Difference between O’Grady and Pekau is night and day Blogger