Cmdr. Tracy Joy, a 1986 Immaculate Heart Of Mary High School graduate in Westchester and native of Berwyn, Illinois, is a nurse corps officer in the Naval Reserve. She is with the Expeditionary Medical Facility (EMF) Great Lakes One, Illinois, that participated as the assistant officer in charge for the Navy and site officer in charge for the Grace Annville Site during a joint-service training mission, called Operation Coal Country, which took place in the counties of Clay, Leslie, Jackson and Knox, Kentucky from July 30 to August 12, 2019.

Over the course of this medically focused mission, 1,805 civilian patients were treated. Overall, 12,762 procedures were administered to the patients on a first-come, first-served basis and a total value of $1,175,137 of services were provided at no cost to the patients.
The mission of EMF Great Lakes One is to provide a standardized, modular, flexible ashore medical and dental service capability across the full range of military operations. The 15 detachments of EMF Great Lakes One work year-round to ensure U.S. Sailors and Marines are healthy and mission ready. 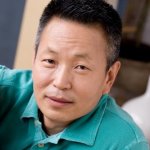