The U.S. Department of Transportation has a new program for veterans who want to be commercial pilots. The “Forces to Flyers” program is a three-year research initiative led by the Department of Transportation and Volpe National Transportation Systems Center. A veteran can enter the program and get a private pilot’s license, then use their GI Bill for the remainder of the program. The veteran must have a first-class medical certificate, a student certificate, and a letter of reference from a previous or current commanding officer, teacher/instructor/professor, or supervisor/manager. Under the program, flight schools must deduct $13,526 from the cost of the training. To learn more about the Forces to Flyers program visit your nearest VSO.

The U.S. Air Force (USAF) has a shortage of pilots and related officer flight personnel. The Air Force has expanded plans to not only welcome back retired pilots into active duty staff positions, but also combat system officers and air battle managers in certain Air Force Specialty Codes (AFSC). To help alleviate this shortage, the Air Force is encouraging retirees from the 11X, 12X and 13B AFSC’s to apply for the Voluntary Retired Return to Active Duty (VRRAD) program. For more information visit your nearest recruiting station.

Project 112/SHAD (Shipboard Hazard and Defense) is the name of the program for both shipboard and land-based biological and chemical testing conducted by the U.S. military between 1962 – 1973.VA will provide physical examinations to veterans who participated in the testing. Veterans will receive medical care free of charge for conditions related to exposure.

Veterans may be eligible for disability compensation if they have a service-related disability and were discharged under other than dishonorable conditions.VA does not presume by regulation that any specific disabilities are related to participation in Project 112/SHAD. Veterans’ claims are decided on a case-by-case basis.

VA presumes amyotrophic lateral sclerosis (ALS) diagnosed in all Veterans with 90 days or more continuous active military service is related to their service, although ALS is not related to Project 112/SHAD.  Surviving spouses, dependent children and dependent parents of Veterans who died from health problems related to participation in Project 112/SHAD may be eligible for health care, compensation, education, and home loan benefits. 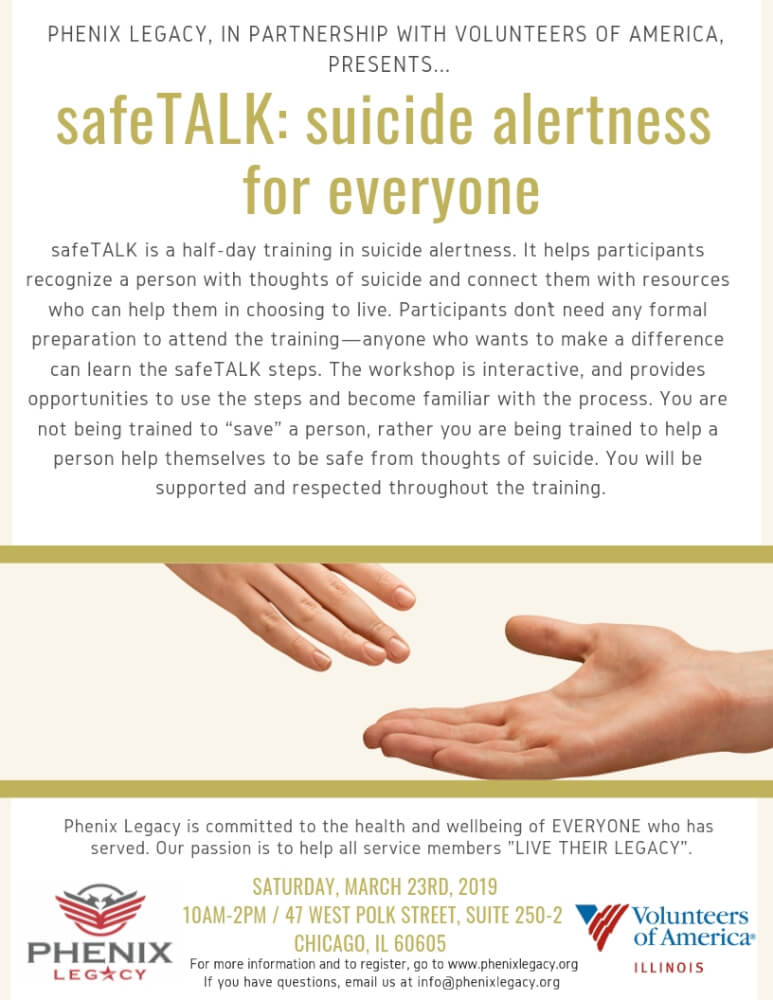 Veterans exposed to herbicides while serving along the demilitarized zone (DMZ) in Korea will have an easier path to access quality health care and benefits under a Department of Veterans Affairs (VA) final regulation that expanded the dates when illnesses caused by herbicide exposure can be presumed to be related to Agent Orange.

Under the final regulation published in the Federal Register, VA will presume herbicide exposure for any veteran who served between April 1, 1968, and August 31, 1971, in a unit determined by VA and the Department of Defense (DoD) to have operated in an area in or near the Korean DMZ in which herbicides were applied.

Previously, VA recognized that Agent Orange exposure could only be conceded to Veterans who served in certain units along the Korean DMZ between April 1968 and July 1969.

In practical terms, eligible veterans who have specific illnesses VA presumes to be associated with herbicide exposure do not have to prove an association between their illness and their military service.  This “presumption” simplifies and speeds up the application process for benefits and ensures that veterans receive the benefits they deserve. VA encourages Veterans with covered service in Korea who have medical conditions that may be related to Agent Orange to submit their applications for access to VA health care and compensation as soon as possible so the agency can begin processing their claims.

Veterans may visit a local Veteran Service Officer (VSO) to get a more complete understanding of how to file a claim for presumptive conditions related to herbicide exposure, as well as what evidence is needed by VA to make a decision about disability compensation or survivors benefits.

The Department of Veterans Affairs on Friday released details on a new policy that will allow Purple Heart recipients to move to the front of the line regarding claims.

Starting April 1, veterans who have earned the Purple Heart and are submitting initial disability compensation claims will be added to the existing list of categories that receive priority processing within the Veterans Benefits Administration, according to the VA. The distinction does not apply to claims appeals.

Get Up to $50,000 in Signing Bonuses Contact a recruiter for insider information on joining the military including signing bonuses, career training + more. Click here!

Purple Heart recipients already are treated as a priority for medical care at VA facilities and are exempt from co-payments for care. VA officials said Friday they hope that, by adding combat-wounded veterans to the claims priority list, it will “further improve their overall experience with VA and shows the department’s commitment to improving the claims process.”

Several groups of veterans receive priority processing for initial claims. They include: Medal of Honor recipients; homeless or indigent veterans; the terminally ill; those older than 85; former prisoners of war or survivors of a POW; the very seriously injured who aren’t already receiving VA disability benefits; and those with amyotrophic lateral sclerosis, or ALS.

In a hearing before the House Appropriations Subcommittee on Military Construction, Veterans Affairs and Related Agencies on Wednesday, VA Secretary Robert Wilkie announced the change. He said the department is doing it in “recognition of wounds taken in battle.”

Wilkie’s father, Robert L. Wilkie Sr., was an Army artillery officer who was severely injured during the Vietnam War. He retired as a lieutenant colonel. Wilkie often speaks about the impact his dad’s military service and injuries had on his life and his philosophy in leading the VA.

We all know that there are millions of robocalls being made each day. The calls interrupt dinners and family time; they flood landline and mobile phones. Scam calls frequently solicit money for fake charities, including ones claiming to support America’s Veterans – some even claiming to be VA representatives.

We know that scam activity increases during the hustle and bustle of the holiday season, so the FCC and VA urge you to be vigilant. We offer the following tips to help you avoid unwanted calls and scams.

·       Don’t answer calls from unknown numbers. Scammers may spoof their caller ID to display a fake number that appears to be local. If you answer such a call, hang up immediately.

·       Never give out personal information such as account numbers, Social Security numbers, mother’s maiden names, or passwords in response to unexpected or suspicious calls.

·       Be sure to set a password for all voice mail accounts to avoid being hacked.

·       Register your number on the Do Not Call List to block calls from legitimate telemarketers.

·       Ask your phone company about call-blocking tools and services for your landline phone, and check for helpful apps that you can download to your mobile phone.

Please help spread the word about robocall fraud among those who may need assistance particularly those who are frequently targeted by phone scams.

If You Were Deployed and Lived Around Burn Pits, Register Now

Everyone who has been deployed and lived around Burn Pits needs to file a VA Claim for any and all ailments, if only just to get them documented, as one day you may need help and healthcare related to your service. Burn pit Exposure is following the same path as Vietnam Agent Orange Exposure and the effects and illnesses may not show up or be linked for years.

All Veterans and active-duty service members are encouraged to check their eligibility and participate in the registry.  The VA will use deployment data provided by the Dep

FREE City Vehicle Stickers for Veterans residing in Chicago.  This is welcome news for Chicago Vets and truly appreciative of City Clerk Anna Valencia for her efforts in getting this done.

NEXT WEEK AT PRITZKER MILITARY MUSEUN

Add to Bag Add to Wishlist

Join us for the launch of Zero to Hero: From Bullied Kid to Warrior by Al Lynch. The reception will include refreshments, remarks from the author and in-store promotions.

Published by the Pritzker Military Museum & Library, Zero to Hero is the life story of Al Lynch in his own words — an American hero who is now one of only 72 living Medal of Honor recipients.

This is the story of a happy boy growing up in Chicagoland’s South Side industrial neighborhoods. His early happiness was almost eradicated by several years of intense bullying, though he found ways to overcome that experience.

This is the story of an aimless young man whose prospects of following in his father’s footsteps as a blue-collar tradesman were cut short by the Vietnam War and by his personal search for something greater than himself. This is the story of a man whose meandering military career, and his life up to that point, came into sharp focus when, in a deadly firefight in Vietnam, he rushed to rescue three wounded troopers in no man’s land. He was urged to leave the wounded and return to a safe position. But Lynch refused to retreat in order to stay with his troopers despite having every reason to believe he would die that afternoon. Because of these actions, he is a hero.

This is also the story of the many troubling consequences of surviving battles while others died, sometimes tragically due to friendly fire or the random violence of an aimless war. This is the story of a man whose sense of honesty and independence has been honed over a lifetime of mistakes and victories toward always doing the right thing, no matter the cost. And this is the story of a man who learned that independence can be a selfish burden, and that life is not only about helping others, but allowing others to help him. So this is a story of a man who overcame the dragons of PTSD with the help of his family and friends and by being honest with himself. Al Lynch has written a story that speaks to all of us — one doesn’t have to be a war hero to be wounded by life. By the writing of Zero to Hero, Al shows us the stuff of which heroes are made.

Allen J. Lynch is a native of Illinois, a combat veteran of the Vietnam War, and a Medal of Honor recipient, with a lifelong career of devoted service to U.S military veterans.

Did you file a VA claim and disagree with the decision?

With the implementation of the VA Appeals Modernization Act on February 19, you have more choice in how you resolve a disagreement with a VA decision. You can also expect a more efficient, timely and transparent process. This new process is the result of years of collaboration between VA, Veterans and Veterans Service Organizations.

Under the new law, Veterans can choose one of three options to have a disagreement reviewed:

Visit VA.gov for more on the new appeals process or click the button below for information on all VA benefits.rans