I grew up pining for science fiction on TV in an age when science fiction was both scary and exciting. One of the best TV series was “Lost in Space” which aired from 1965 until 1968, three seasons, projecting into a future called “1997.” In 1998, Hollywood turned the series into a pretty good, scary big screen movie. And this year, Netflix has taken the series and updated it even more. Quality is a bell curve though and what started out as great and got better, is now back down and crap

The “Lost in Space” TV series was one of the first really exciting space dramas on television when I was young.

The series featured 83 weekly episodes spread out through the Fall, Winter and Spring of each year broadcast between beginning in September 1965 and ending in the Spring of 1968. It was a time when Television was maturing, transforming from Black & White to color.

The series came out of the double edged sword of space exploration that had many Americans apprehensive of where it all might lead.

On one hand, there was the promise of new worlds and exploration, envisioned by President John F. Kennedy. On the other hand, there was the growing fear of science fiction as Sputnik threatened our safety and nightmares of monsters created from nuclear radiation and explosions clogged our dreams.

The original “Lost in Space” series took episodes of tragedy and fear and gave viewers hope, projecting us from the 1960s into the distant future, 1997.

Just when reality took us past the future, in 1998, a new generation of “Lost in Space” was filmed in the form of a Hollywood movie that was spectacular.

Both included the same characters, the Robinson Family, a robot called B-9 which befriend the youngest Robinson family member, “Will,” and a mischievous character in Dr. Smith who morphed from a bumbling idiot who caused trouble in the TV series into an evil doctor in the movie.

Naturally, with the characteristic limited imagination of Hollywood, a new series has launched, this time created as an exclusive series on Netflix.

This new series reflects all of the same qualities of the original 1960s series using today’s digital graphics and computer technology. But the series has transformed Dr. Smith from an idiotic male played by actor John Harris, into a female unintentional serial killer played by actress Parker Posey.

Oh yes, this Dr. Smith actually murders people through an absence of a conscience. She kills a lot, when she is not brutalizing or stealing from others including her sister.

It all could have been great, except that for some reason the writers decided to pack the series with boring dialogue overshadowing the suspense. All these moral lessons and social norms that reflect changes from the 1960s to today have infested the series.

I never understood why it is OK in today’s society for White families to adopt Black children, but not OK for Black families to adopt White children. The 2018 Robinson family has one Black daughter, just to ensure that the new 2018 series appeals not only to Whites but to Blacks, and to address the social concerns of racial exclusion.

The only thing that has improved is the robot, which went from a fat roller machine that would crank out famous lines like “Warning, Warning” and “It does not compute,” the latter becoming a part of the emerging science driven American lexicon, to a far more sinister human cyborg robot that remains loyal only to Will, the young son now played by Maxwell Jenkins.

I could live with all of the changes. The new robot. The new family dynamics. Even the necessary social norms that society has imposed on all of us — what, no Transgender Robinson family member, though?

But, what I can’t stand is the shallow plots fattened by boring dialogue.

They have everything they need to make a great series and yet they chose to burden us with the boredom of the new series.

It really stinks. It’s so boring. Granted, I am only in the 3rd episode before I had to get up and puke. Deep down I want it to work and who knows, maybe the fired all of the original script writers who plodded out the boring initial three episodes that I watched with some real talent.

I’m just not sure that’s how Hollywood and television work. I know Netflix doesn’t work that way. They have taken a promising streaming network and cluttered it with junk choices, shortened seasons, more money and only a scant few original productions.

It’s so bad at Netflix I had to subscribe to Hulu and to Amazon Prime just to give me the variety that I had hoped Netflix would provide as an alternative to the mind-numbing mainstream cable programming offered by Comcast/XFinity and DirecTV. (I have both of those systems at different home locations. Clearly Xfinity is better than DirecTV, but XFinity is plagued by excessive subscription fees on top of already excessive basic subscription fees.

You just hope for a great series once-in-awhile, something that moves you to enter its info in your Google Calendar or favoriting it for monitoring on your truly essential “Next Episode” app — which everyone should have to help you navigate through the trash.

I use the Next Episode App to keep me focused on what’s good so I can ignore the trash heap of garbage piling up on cable TV and online streaming subscription services like Netflix, Amazon Prime and Hulu.

There is some good choices out there but it seems that each streaming system only offers one good option each year — options that are series that rarely exceed 10 episodes. It’s like being fed a narcotic. Just enough to get you hooked.

I will go back and struggle through the remaining episodes of the “Lost in Space” series. But just because it is new doesn’t mean it is good. Boring is the key word. I won’t plug it into my Next Episode App to monitor and I will binge watch the Netflix series only when I have absolutely nothing to do in my normal life, which is very rare because I really keep busy. My times is important. I’d rather not spend it on garbage programming unless I am strapped down in a hospital bed recovering from cancer or afib — oh yeah, I have been to both. And survived.

I just hope I can survive the Netflix series “Lost in Space.” Deep down I really want too. But, I’m just not sure.

(Ray Hanania is an award winning columnist, author and former Chicago City Hall reporter. Email him at rghanania@gmail.com or through his personal website at www.Hanania.com.)

When we care more about politics than murder Blogger 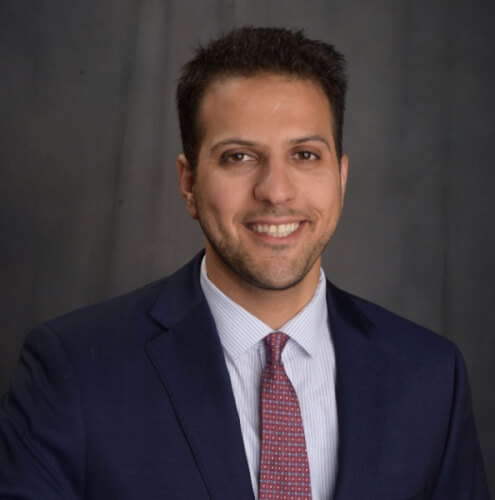 The solution to climate change grows on trees Blogger