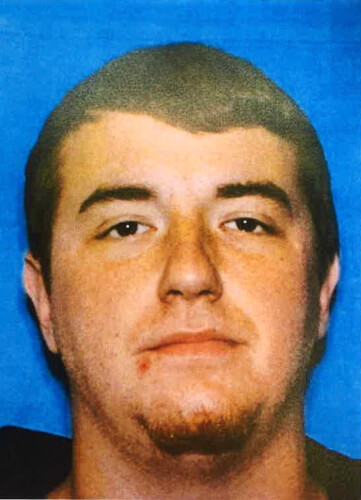 Lyons, Illinois — A 24-year-old Oak Forest man who has been charged 47 times in the past with serious felonies but who was never convicted has been arrested on new felony charges Lyons Police Chief Thomas Herion announced Wednesday.

Herion identified the suspect as Christopher J. McGuire, 5007 151st Street, Oak Forest after Lyons police observed the suspect driving up to 100 miles per hour through several communities before hitting an obstacle and going air born before crashing into a fence structure at Brookfield Zoo on Thursday December 8 at around 12:30 AM.

Lyons police, working with multiple local police jurisdictions attempted to apprehend the suspect with lights and sirens in an effort to warn pedestrians and motorist traffic of the potential danger the suspect posed to public safety.

Herion said McGuire, the driver, ran several red lights in his late model Hyundai but when he approached Golfview and First Avenue in Brookfield the car struck multiple fixed-traffic devices and traffic lights, veered across all lanes of traffic and became air born crashing through and over the fence line at the Brookfield Zoo.

McGuire fled the accident scene leaving a male and female passenger in the damaged vehicle. The two passengers were taken to Loyola Hospital. The female passenger underwent several surgeries for severe injuries sustained in the crash.

Herion said that after an extensive search of the area, using police drones and a foot canvass of the area, McGuire was found hiding on Brookfield Zoo grounds.

McGuire was also taken to Loyola Hospital where he was treated but released pending approval of criminal charges. McGuire turned himself into Lyons Police custody on Wednesday.

“This was a very dangerous situation. It is disturbing that the suspect has been arrested 47 times in the past but has never had a conviction empowering him to continue to violate the law and put law abiding citizens in danger and to damage public and private property,” Herion said,

“It is a miracle no one else was injured in this latest reckless incident.”

Lyons Village President Christopher Getty praised the Lyons police department and the other regional police agencies who made it their priority to protect the public from this suspect’s reckless driving.

“Serious questions remain as to why this individual was still able to drive considering his past record,” Mayor Getty said.

“We are grateful to the professionalism of our police department and the other police agencies who helped prevent this from becoming a far worse tragedy than it already is.”

Through follow-up investigation, it was determined that McGuire had 37 previous traffic arrests, 4 arrests for assault, one dangerous drugs, one obstructing, one damage to property, two liquor offenses and one flight-escape charge. McGuire had a total of 47 arrests with no convictions.

“Violent offenders must be charged, and prosecuted to the fullest extent of the law,” Aguilar said.

“We must get serious about keeping our communities safe, which means we must get tough on violent offenders, and keep them off the streets. “

Brookfield Zoo Police Chief Mike Pendola said, “I would like to commend the collaborative work of all of the officers involved in apprehending, investigating and charging the offender. Thankfully, no animals were impacted by this incident”.

The flowing charges have been approved by the Cook County States Attorney’s Office: Aggravated Fleeing and Eluding – Felony; Aggravated DUI – Felony; Possession of Cocaine – Felony; Criminal Damage to Property – Brookfield Zoo – Felony; Criminal Trespass to Property – Brookfield Zoo – Class A Misdemeanor; Driving on a Suspended Driver’s License – Class A Misdemeanor; Illegal Transportation of Alcohol, Leaving the Scene of an Accident, Reckless Driving and a myriad of other traffic violations.

No court dates have been announced in this case.