Cook County’s Republican organization has suffered from poor leadership over the past several years but they are at a crossroads today in which they find themselves faced with extinction or survival. With only two seats held by Republicans on the Cook County Board, they have a choice to make, lose their representation by backing Sean Morrison for re-election in the 17th District, or return to a proven Republican with the skills to survive, Liz Gorman

Sean Morrison has no chance of winning re-election in November to hold one of the last remaining Republican seats on the Cook County Board. If he loses the 17th District, as expected, Republicans will become extinct in Cook County.

That’s the choice before voters in the Republican Primary election on June 28. Do they choose extinction with Morrison or survival with Liz Gorman?

Morrison is a weak candidate who barely survived a challenge four years ago from an unknown Democrat in the November 2018 election leading with only 1,377 votes out of more than 121,677 cast.

Morrison has aligned himself with a weak, narrow base of extremists who care more about their own politics than they do about protecting homeowners from rising taxes or rising crime. They are loud in screaming, but small in numbers.

Why does Morrison, the GOP County Chair, divide the GOP, creating a group that weakens the existing Cook County Republicans structure that is already under siege?

Morrison has not had one original, creative idea since his election on how to re-empower Republicans or to protect taxpayers. Morrison’s priority is to undermine his Republican rivals in Palos and Orland Townships creating havoc to distract from his poor job performance.

During the meeting of this rump GOP group, Morrison let Pekau do most of the bullying, as he does so well. Pekau attacked everyone including Gorman, saying she is not a real Republican.

Morrison is being used by Pekau to distract and deflect away from their own failures to deliver services to the community. They blame everyone else for our troubles literally isolating themselves and making it impossible for them to get anything done for us, the taxpayers.

But Gorman is a true Republican who knows exactly how to work with everyone when it comes to delivering services to taxpayers.

So they lie, like when they falsely assert Gorman doesn’t support police or that she supports the “defund” police movement.

That is the most stupid thing I’ve ever heard. Members of Gorman’s greater family are police and has always championed and defended police.

The real question is what has Morrison or Pekau actually “done” to help police besides use them?

(Pause for crickets and silence.)

Morrison said nothing when Pekau indirectly attacked Orland police claiming crime is far lower than before he became mayor. What he is saying is that the Orland police did a terrible job before he was elected, an offensive fabrication to every resident and dedicated police officer in Orland Park.

Orland Park has always been a safe community because our police always sacrifice to ensure public safety. Only those who do nothing wrap themselves with the police to make themselves look good.

Pekau and Morrison have no new idea how to protect 17th District taxpayers. Pekau is using Morrison because he is running for “Congress,” which I guess means he is tired of wasting his time as Orland Park mayor now that his salary was dropped from $150,000 a year to only $40,000. How does a megalomaniac (defined as someone obsessed with their own power) survive?

Homeowners in the 17th District and in Orland Park deserve better. They deserve officials who will make them, the public, their priority rather than themselves.

Liz Gorman is the champion of fighting for taxpayers’ rights. During her four terms on the Cook County board she never shied from fighting against tax hikes. She didn’t just talk about fighting tax hikes. She convinced Democrats, who control the board, to reverse their votes and support her fight to stop the Stroger Sales Tax.

Had the Stroger Sales Tax passed, 17th District residents would have paid more than $100,000 in added taxes over the past two decades.

Alarming is how two men like Pekau and Morrison find it so easy to bully a woman like Gorman, who also was instrumental in securing the funds needed to fight against domestic violence.

The 17th District needs a leader who makes taxpayers their priority, not who work for themselves to win higher office, like Congress.

For Morrison and Pekau, it’s easier to call people names so they don’t have to be accountable for their failures.

We haven’t even gotten into Pekau’s or Morrison’s many controversies that have embarrassed the 17th District over the years.

The future of the Republican Party is at stake. Morrison can’t win. Liz Gorman can. 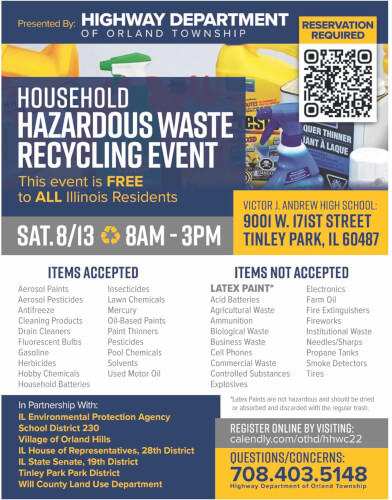 Holidays today are not like holidays of the past Baby Boomers

Comment (1) on “Republicans in Cook County face survival or extinction”