Should you wear two face masks or one in confronting COVID-19?

The debate over COVID-19 has shifted yet again, this time to whether people should wear one face mask or two. I think it misses the point

The latest debate is whether or not people should wear two face masks rather than just one. But the real issue is why don’t some people wear even one?

I don’t get it. Wearing a face mask is just another way to reduce the chances of getting the deadly coronavirus. I emphasize the word “deadly” because more than 436,000 Americans have died because of COVID-19 during the year-old pandemic and nearly 26 million have been infected.

Yes, taking precautions to avoid getting the virus and also spreading the virus has been a sacrifice for everyone. But in a war against a deadly virus, sacrifices are necessary. And it doesn’t help when some public officials ridicule the idea of fighting the virus and avoid being the role models their positions as elected officials mandates.

I get the public’s frustration. But for some elected officials to exploit that frustration is purely a selfish act to benefit themselves politically. They play to an audience that is skeptical about the virus. People who think it is accretion of the corrupt mainstream news media, or extremists not he “far Left.” The “far Right” too I would add. Extremism is a disease in and of itself.

But imagine how Americans felt during World War II after we were attacked by the Empire of Japan at Pearl Harbor, killing more than 2,400 Americans there? The war lasted three and one-half years and it changed the lives of our parents who were forced to leave their jobs and serve in the military. They had to do difficult things to defend our country and protect our families, the elderly, mothers, and children. They had to change their lifestyles to survive. The hardships were terrible, but they were necessary to protect our people.

I’m proud that my father and his brother enlisted in the military right after Pearl Harbor. They didn’t have to but they did. They left their careers and jobs to travel overseas, my father with the O.S.S. (precursor to the C.I.A.) in Europe and my Uncle on a battleship in the North Atlantic for three years.

Imagine if they had not served, or if many others did not volunteer, and after one year complained about how difficult the war was and the inconveniences the war was having on their daily lives, on their businesses and on their ability to “have fun.”

More than 407,000 Americans died during World War II defending America, far less than the 436,00 who have died and are continuing to die as a result of COVID-19. Millions in other countries were murdered by the Japanese forces and the Nazis, and soldiers fighting for the Allies to defend against the oppressive challenge.

You don’t think the two threats are the same? Clearly they are not the same in specifics, but they are the same in principle. People are dying and some people just can’t find the time to put on a face masks because it is inconvenient. Or maybe they don’t want to wear a face mask because they think that it might disguise their public image and influence the votes they hope to get for their “re-elections.”

Selfish politics, I call it.

Many businesses are angry with the restrictions, although those restrictions are starting to ease. They would have eased sooner, and less people would have died had everyone taken a tougher stand in responding to the pandemic, rather than whining about the inconveniences. Yes, businesses. have suffered, but many used their ingenuity to find ways to adapt. Those that did adapt are doing better than those that did not. They adapted during World War II, also, and survived when it was over.

So the debate over whether we should wear one mask or two masks is irrelevant. The real debate is why doesn’t everyone wear a face mask when they are out in public? Why don’t more people avoid crowds and public entertainment? Why don’t more people encourage others to take the necessary life-saving precautions to slow the spread of the virus?

I studied the pandemic of 1918, inaccurately called “The Spanish Flu” which took the lives of more than 50 million people died worldwide, including more than 675,000 Americans, a number the COVID-19 pandemic is slowly and steadily approaching. The fact was that many elected officials in 1918 don’t want to talk about the deaths in America or Europe and instead of warning people to take precautions waited long periods, until it was too late. Concerns included discouraging people during World War I, weakening the public resolve to defeat the Axis powers. Others including elected officials feared the loss of public support by requiring more restrictions above what was being taken to fight the war.

Yes, the threat to our lives is a burden. It’s burden we all have to share together in order to defeat it. If we don’t, we risk losing more. More lost lives. More suffering. Most damage to our economy which in the end creates more damage to our businesses, especially small businesses.

For those who think the virus hasn’t been a threat, I urge you to tell that to the families of the hundreds of thousands who have died, including right in this immediate region.

Many of us lost family and friends. Wearing a face mask is a small sacrifice to save the lives of others. Not doing what needs to be done is not only wrong, it is irresponsible. 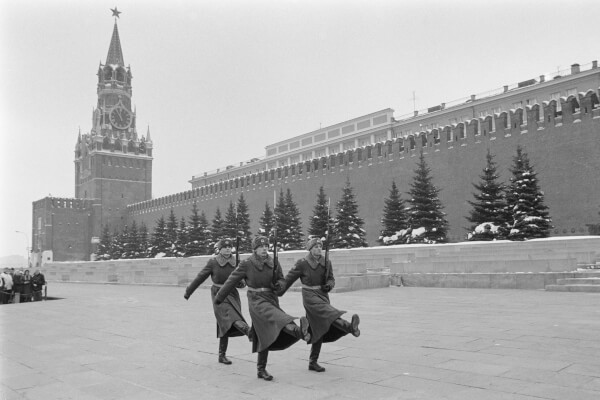 Right from the Middle: Biden must impose stronger sanctions on Russia Bill Lipinski