Members of the Orland Park Village Board debated an ordinance that would require residents to wear face masks when in public locations, following the leads of similar ordinances adopted by New Lenox and Tinley Park, but voted 4 to 3 to reject it. Trustees who voted against the law and who were not wearing face masks argued they believe social distancing was more important in combatting the coronavirus even though they did not maintain social distancing during the board meeting

The most hypocritical aspect of the vote was the claim made by opponents of wearing face masks who asserted that the masks are not necessary and that passing the law would create a burden on the village police department which needs to focus on crime.

Trustees who opposed the law said they supported social distancing but did not maintain social distance during the board meeting sitting only feet apart without wearing face masks from other trustees. Trustees who supported the ordinance wore face masks symbolizing their concerns for the health of the public.

Calandriello noted the increase in the infection rate in Orland Park which has risen dramatically during the past several months, data that the village of Orland Park does not maintain.

Here are the debate remarks from the trustees.

“I asked to put this on the agenda to talk about that we do have rising numbers and everyone is taking this very seriously. In Orland Park alone there has been a 75 percent increase from November to December. Bed capacities in ICUs have been lowered 20 percent or so, or up to 20 percent.

“I was just thinking of ways our community can be safer. As we know Orland Park has a lot of visitors during the day in and out bringing in possibly COVID or taking home COVID or us bringing it to other communities.

“Some of our surrounding communities like Tinley Park and New Lenox implemented mask ordinances. I guess the key thing is to increase the indoor mask wearing which a lot of our businesses are helping.

“Every scientist, every doctor, the CDC, the WHO are talking about how this does help prevent the spread of COVID. It’s not the silver bullet but it helps.”

Calandriello said that all of these practices including wearing face masks, maintaining social distancing creates “a good barrier.”

“I believe these kinds of ordinances help our businesses as a useful tool to ensure that people are wearing masks indoors … I felt we need to do something to promote this healthy and safe thing to do in our community. This is another tool to keep them open safely.”

“I think the State of Illinois has issued a mandate on wearing masks on the inside. I have been to the mall several times. I have been to Costco, improvement centers, restaurants and I see our visitors and residents complying with mask wearing, especially when you are with people who are not your family or in the inner circle. I am not making light of masks not being important. But I also think this is the election season. I think this issue is politically motivated and I am sure we will see many more issues like this before the April elections.”

Trustee Kathy Fenton, a vocal proponent who has urged everyone to wear masks to help curtail the rising COVID-19 infection rate, supported the ordinance:

“If you sit and look in this room right now there are a lot of people who are not complying with it. So, to say that people are complying isn’t really true because they are not.

“The purpose of this was just trying to say I care about people’s health. By me wearing a mask I am preventing someone else from getting it. By people who are not wearing a mask are saying I really don’t give two hoots whether you get sick or not because there are people walking round with COVID who don’t even know they have it. That’s the scary part.”

Fenton said that a part of the problem is that it is difficult to know  who has the virus noting not everyone has taken a virus test.

“What people do in their own homes or with their own families is totally up to them. But I think that when you are out in public you should be considerate of everyone else’s health and well-being, too.”

Veteran Trustee Jim Dodge, who was wearing a face mask, voted for the ordinance and explained he believed the New Lenox’s ordinance was the most effective.

Trustee Michael Milani, who has previously ridiculed board members who have worn face masks, making the unforgettable suggestion during one meeting that other trustee should consider wearing “duct tape,” opposed the ordinance.

“It’s a little late to start suggesting this over nine months into the pandemic. It’s kind of ridiculous if we want to take valuable resources possibly from our police force to take time, go to areas where people may or may not be wearing masks during the Christmas holidays when their primary function is keeping our village the safest in the area.

“Currently restaurants, bars, and businesses are responsible for enforcing the restrictions that they feel are the best for their business and their customers. And that seems to be working from what I have observed.”

“As far as this CDC recommendation I have tried to find information that gives us guidelines that says we should be issuing mandates for wearing masks but as of December 5, I haven’t been able to find any of that information. It seems to have magically disappeared once again. I’d like to actually see this because it seems the CDC seems to change its mind every week as to what they think as far as wearing masks, social distancing which is really the most important part which everybody I look at who is not wearing a mask in here is doing.”

The CDC clearly recommends that people
two years of age and older wear face masks.
Click this link to read their recommendation.

“People age 2 and older should wear masks
in public settings and when around people
who don’t live in their household.​” — CDC

“Informing the public and letting them make their own decisions has worked pretty well so far in Orland Park, so I am against a specific mandate issued by the village.”

Trustee Dan Calandriello read from the CDC website which clearly detailed the recommendation that wearing a mask can help reduce the chances of being infected by Coronavirus.

“If you look on their website, currently it says the CDC recommends that the public wear a mask in public settings like public and mass transportation, at events and gatherings, and anywhere they are around other people.”

Mayor Keith Pekau, who again ridiculed Calandriello for suggesting that the proposal should go before the board for a vote, was not wearing a face mask and he criticized the face mask mandate.

“It’s already a state mandate and I haven’t been in a restaurant where people have not been wearing a mask.”

Pekau asserted that after the initial COVID-19 scare in the Spring, calm had set in as people realized “this wasn’t the bubonic plague.”

The ordinance was listed on the board agenda as for “discussion” only, and Pekau called for a vote to determine if the ordinance should be presented to the board meeting. That proposal was rejected by a vote of 4 to 3 with Pekau, Milani, Katsenes and Healy voting “No,” and Calandriello, Fenton and Dodge voting “Yes.”

The full board met after the COW meeting.

Watch the COW meeting video by clicking this link. The face mask debate begins at the 1:10:00 time stamp. 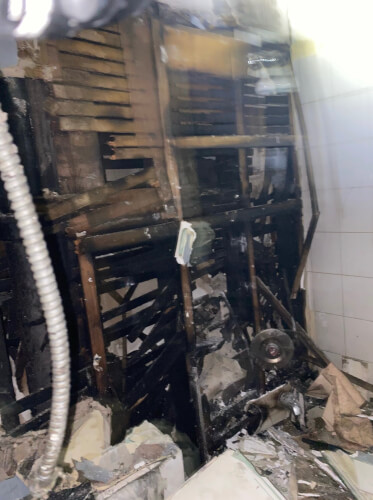