Middle East’s leading English language newspaper The Arab News will launch a weekly radio show on Detroit’s US Arab Radio Network to explore issues in the Nov. 3, 2020 General Election. The show will be hosted by the newspaper’s US Special Correspondent Ray Hanania, a veteran Chicago and Palestinian American political reporter, journalist and award winning op-ed columnist

The Arab News Newspaper, the leading English language newspaper of the Middle East with bureaus in Chicago and New York, is sponsoring a special weekly radio program “The Ray Hanania Show” on the U.S. elections hosted by Arab News US Correspondent Ray Hanania.

“The Ray Hanania Show” is brought to you by the Arab News Newspaper and will broadcast live from the US Arab Radio Network studios at WNZK AM 690 in Detroit every Wednesday morning from 8 until 9 AM EST (7 AM in Chicago, 1 PM in London, 3 PM in Riyadh and Jerusalem, and 4 PM in Dubai).

The live radio broadcast can also be seen and heard live around the world online on the Arab News Newspaper’s Facebook Page at:

or at the radio network link at

Hanania, an award-winning veteran American Arab journalist and Arab News Newspaper U.S. Special Correspondent, will lead discussions every Wednesday through the November 3 US Elections with guests from across the country and the political divide, analyzing news, trends and the role of Arab and Muslim Americans in the election process.

“This is a pioneering effort by the Arab News Newspaper to engage Arab Americans and the American public in English in a discussion about the election from the presidential race between Donald Trump and Joe Biden to local congressional battles and contests in states across the country,” Hanania said.

“There is no other radio program in America that focuses on the interests better than US Arab Radio and the special election coverage section provided by the English-language Arab News Newspaper.” 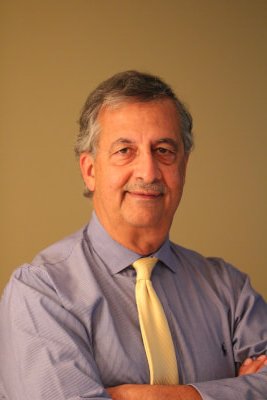 Laila Alhusini, the director of US Arab Radio Network, said that Ray Hanania’s Special Election Coverage is an important resource for Arab Americans and Muslims.

“The elections are so important to the Arab community and to have a veteran Palestinian Arab American journalist like Ray Hanania helping us understand the issues is an asset to the community,” said Alhusini, who has been broadcasting her morning show on WNZK AM 690 Monday through Friday since 2005.

“Having a community discussion about the issues is the most effective way to engage and empower Arab Americans. This program will do that.”

WNZK AM 690 is the only American radio station that broadcasts Arab American programming addressing Arab American issues on a daily and weekly basis.

You can get more information on the radio show and on the Arab News America Special Election Coverage by visiting the newspaper’s website at www.ArabNews.com.

Look for the special section on the U.S. elections.

How do Arab Americans view the battle for the presidency between Republican President Donald Trump and Democrat and former Vice President Joe Biden? Guests joining Hanania to discuss this and other issues are:

Ed Gabriel, the spokesperson for “Arabs for Joe Biden”; and, Dalia Al-Aqidi, a writer and activist for President Donald Trump.

For more information on the radio show visit www.ArabNews.com.

#ArabRadio #USElections @RealDonaldTrump @JoeBiden @ArabNews announces the launch of its radio show covering the US elections, “The Ray Hanania Show,” hosted by its US special correspondent Ray Hanania https://www.arabnews.com/node/1744786/media