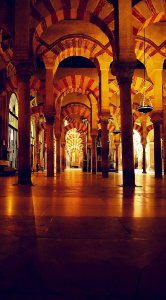 History of Al-Andalus featured in special “Deep Dive” by the Arab News newspaper How eight centuries of Muslim rule in what is now Spain led to a golden age of culture and science in the emirates of the Iberian Peninsula. An investigation by Arab News’ new Research & Studies Unit tracks down some of the descendants of…

Chicago columnist to host “Special Election Coverage” on Arab radio in Detroit Middle East’s leading English language newspaper The Arab News will launch a weekly radio show on Detroit’s US Arab Radio Network to explore issues in the Nov. 3, 2020 General Election. The show will be hosted by the newspaper’s US Special Correspondent Ray…