Mix of veterans and youth could be interesting

With several key returning veterans and a couple surprising sophomores, it could be a very interesting season for the Lyons Township girls tennis team.

“We’re missing two (players) from the sectional lineup,” Coach Dave Robare said after practice on Sept. 3. “That allows everyone to step up. It’s exciting for these girls to get an opportunity.”

Lyons stumbled in its Sept. 2 season opener, losing 6-1 at Hinsdale Central, but he was encouraged by the “competitive play.”

“She’s got great ground strokes,” Robare said. “When her serve is on, it can be a big weapon. When she starts thinking her way through matches, that’s when she plays her best.”

How much has Zimkus improved from last year? “Night and day,” he said. 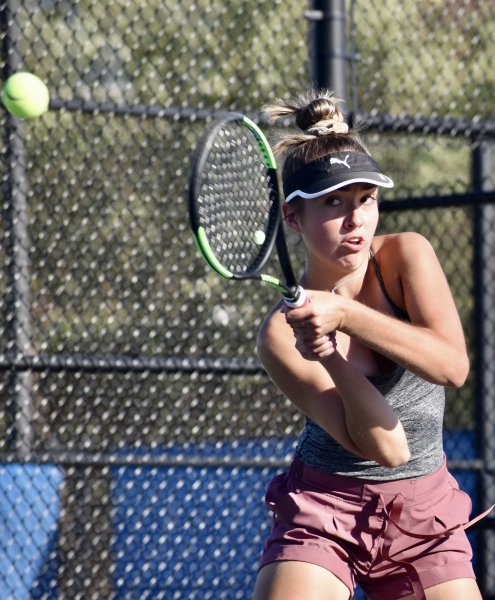 Mela Zimkus is expected to be a force at first singles this year for the Lyons Township girls team, Coach Dave Robare said. Photo by Steve Metsch.

He’s hoping he can say the same about his team in what should be a very challenging West Suburban Conference.

York, several Lions said after a recent practice, is another team to keep an eye on.

The largest hurdle facing Lyons when playing those conference power is a lack of experience in big matches, Robare said.

“These girls didn’t have much of an opportunity to play in tournaments over the summer (because of the pandemic),” Robare said. “Getting back to competitive match plays requires opportunities to get used to it.”

“They have complimentary games,” he said. “Mary has more of a power game. Her serve and her forehand are a weapon. Morgan is going to keep a lot of balls in play. She’s going to move well at the net.”

“When one’s not playing well, the other can pick it up and help out,” he said.

“A partner can help you when you’re struggling,” Kearney said. “We’ve only played one match together, but we played really well.”

Reflecting on the pandemic, Callaghan said: “I’m truly grateful that we’re having a season in the first place considering the circumstances right now.”

Because of the virus, she and Kearney – unlike many doubles teams – were unable to fine-tune their teamwork in summer tournaments.

“We played with some other girls and a coach once a week on Fridays, but otherwise it’s not like normal,” said Callaghan, who turns 18 on Sept. 11. “Last summer, I played every day. It’s been tougher.”

On Sept. 3, they played a heated practice match against the second doubles team of Maggie Brejcha and Sophie Peto, two promising juniors.

Brejcha and Peto started last season on the JV1 team, got called up to varsity at midseason, and eventually became the second doubles team for Lyons  at sectional qualifying, Robare said.

Another pleasant surprise has been at third doubles with the pairing of Allyssa Wong and Anna Hudson, “two sophomores who weren’t on my radar as a doubles team,” Robare said.

They played so well together in tryouts, they were moved up to varsity. Both are “really polished with really good strokes,” Robare said.

“Where they will improve the most is the tactics, understanding court position, and how to set up points,” he said. “If they start figuring that out, they can be a very tough team in the next few years.” 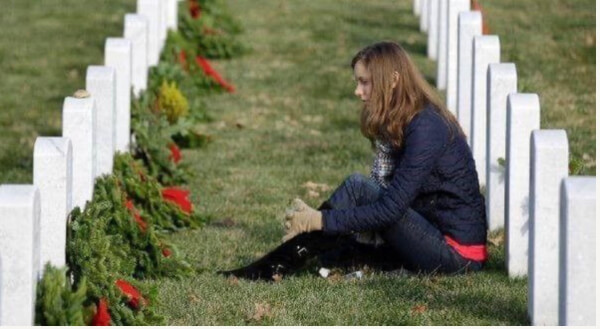