Chicago Aldermen adopted a ban on the use of flavored tobacco in vapes that appeal to children under the age of 21. The ordinance was adjusted so as not to undermine the Hookah lounge industry which provides an American Arab cultural experience to people who are 21 years of age or older. An ordinance to ban flavored tobacco sales for vaping was adjusted to exclude Hookah lounges

The American Arab Chamber of Commerce Thursday applauded the Chicago City Council and Aldermen Matt O’Shea and Silvana Tabares for “listening to the concerns” of Arab American business owners in adjusting an ordinance banning the sale of flavored tobacco.

The original ordinance would have prevented Hookah Lounges from providing services to their customers under the ordinance. But after addressing the issue, the proposal was adjusted to only apply to vape-related products, with the support of Mayor Lori Lightfoot, and allows Hookah lounges to continue operation. The new ordinance was approved by the City Council on Wednesday, Sept. 9, 2020.

O’Shea, Tabares and others introduced the flavored tobacco ban ordinance on June 17 in an effort to protect children who are targeted and enticed to smoke because of the candy and fruit flavor of cigarette and vaping products. 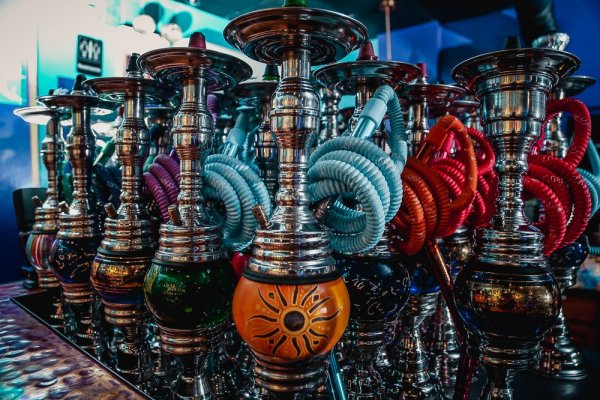 “With flavors like candy and chocolate, these products are designed to entice youth, and we as a City have a responsibility to do everything we can to prevent that from happening,” said Mayor Lori E. Lightfoot. “This ordinance is an important step, but more must be done to protect our young people’s health from vaping and the tobacco industry’s efforts to have them to develop life-threatening habits.”

Both O’Shea, alderman of the 19th Ward, and Tabares, alderman of the 23rd Ward, said they listened to the concerns of small businesses and advocates to protect young people from the harm of cigarette smoking.

“This measure is a good compromise that takes into account the concerns of small business owners, while also taking a step in the right direction to curb the skyrocketing instances of teen vaping, which will only place greater strains on our healthcare system down the road,” Tabares said.

O’Shea said, “I have always been an advocate for Chicago’s children, and I am proud to be the chief sponsor of an ordinance that promotes their health and safety by banning the sale of flavored vaping products.”

“We are grateful to the Chicago City Council Committee on Health and Human Services chaired by Alderman O’Shea for listening to the concerns of our community with respect to how the original law would have an unintended consequence to shut down about 15 to 20 American Arab owned businesses,” said Hassan Nijem the president of the American Arab Chamber of Commerce.”

“The intent of the ordinance was to prevent children, under 21 years of age, from being enticed and drawn to using tobacco products, mainly vaping, with the candied and fruit flavored tobacco. The Hookah Lounge owners prohibit anyone under the age of 21 from entering their establishments and they have promised to be vigilant to continue to enforce that age restriction.”

Rayid Khalil, who owns House of Hookah at 607 W. Belmont Avenue in Chicago and who joined Nijem in providing information on the city’s Hookah lounges to the City Council, also applauded the City Council for “saving jobs and saving businesses” with the ordinance adjustment.

“I would like to commend the council members’ decision to exempt hookah from the recent legislation banning flavored liquid nicotine products. Hookah is a vital component of Middle Eastern culture that has existed for centuries,” Khalil said.

Nijem said that the Chamber, Khalil and other Hookah owners had presented American Arab community concerns to Aldermen O’Shea and Tabares.

“They both took the time to listen to us. We reached out to everyone, but they were among the few who responded and we respect that. They are being responsible city legislators,” Nijem said.

Nijem said the Hookah industry in Chicago employ about 150 people full- and part-time.

“This law under its original language would have forced them all to shut down or relocate to the suburbs. We are hopeful that this will raise the issue with the Illinois Legislature and other suburban communities who want to take action to protect young people,” Nijem said.

“We support that but it can be done in a responsible way that protects businesses and prevents the loss of employees. We hope others have the same concerns for the Hookah industry which is of cultural importance to American Arabs.”

The City has filed a number of lawsuits against vape product manufacturers and retailers for deceptive marketing and illegal sales to kids. Chicago was one of the first cities in the nation to add e-cigarettes to its Clean Indoor Air Ordinance, the first big city to impose a vaping tax, and the first jurisdiction anywhere to include menthol in a flavored tobacco sales ban, which covers stores within 500 feet of high schools.

Numerous other jurisdictions have now passed flavored tobacco bans that include menthol, most recently California. Research shows that menthol cigarettes—most common among African Americans—are more addictive and harder to quit than other tobacco products.