The Milwaukee County Finance committee on Thursday Jan. 27, 2022 unanimously passed the appointment of Joe Lamers as Director of the newly created Office of Strategy, Budget, and Performance.

“Milwaukee County is taking significant strides forward in our effort to move resources upstream and help bridge the gaps in health disparities that currently make Milwaukee one of the least healthy counties in the state. But to go further, we have to make sure that our County’s strategic plan is guiding our budget decision-making and not the other way around.” said Milwaukee County Executive David Crowley.

“Director Lamers has been an important leader over the last two years in passing County budgets that implemented our strategic plan to advance health and race equity – the first strategic plan in County government for over twenty years. Even in the throes of a global pandemic, we’ve been able to pass responsible budgets under his leadership that closed the structural deficit, included no major cuts to critical services, and advanced race & health equity. I’m confident that under his leadership the new office of Strategy, Budget, and Performance will facilitate even better cooperation between county government departments and maximize the access to, and the quality of services offered to County residents.”

Since 2018, Lamers has served as Milwaukee County’s Budget Director under the Department of Administrative Services where he successfully managed and led Milwaukee County’s $1.3 billion annual budget process, including development of the County Executive’s Recommended Budget.

Over the last 24 months of the pandemic, Lamers has also provided leadership over COVID-19 response efforts, including representation on the Emergency Operations Center and management of COVID-19 grants including $77 million in CARES funds and $183 million in American Rescue Plan Act funds. 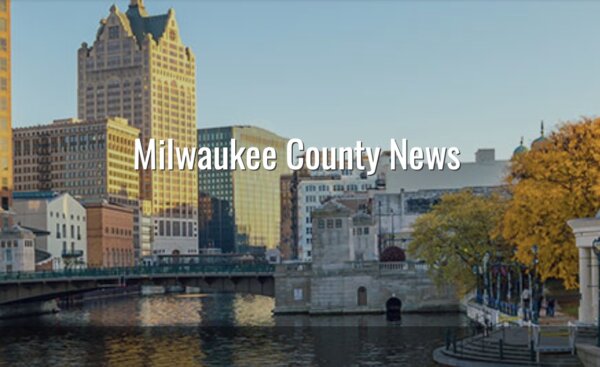 And, over the last year, Lamers managed and supported the implementation of the Grants and Special Projects Office which secured $18 million in grants during its first year in existence.

In his new role as Director of the Office of Strategy, Budget and Performance he will build upon these successes to continue to move the needle of achieving the bold vision of racial equity.

Lamers received both his Bachelor of Business Administration and his Master of Public Administration degrees from the University of Wisconsin-Milwaukee. Before joining the County in 2018, Lamers served as the Assistant Deputy Commissioner at the New York City Department of Social Services from 2016-2018 where he provided administrative, financial, and budget oversight for the largest local social service district in the county, with a budget $12 billion and 15,000 staff administering various social services programs.

He also served as the department’s budget director from 2015-2016. In addition, Lamers served several policy analyst roles in New York City government from 2006-2010, including Medicaid Policy and Budget Analyst where, amongst other responsibilities, he made recommendations regarding local programming changes needed and fiscal impacts.

“I am excited for the opportunity to continue to serve Milwaukee County and aid our organization towards achieving its race and health equity goals. The new department will ensure we prioritize our strategic vision when making decisions at Milwaukee County and that the County’s strategy serves as a guidance for everything we do.” said Director Joe Lamers. “I’m thrilled for this new phase of County government and I’m optimistic for what we can accomplish in the future.”

Joe Lamers appointment will go in front of the full County Board in February.