Transport and delivery of bridge beams will continue in May for the Illinois Tollway’s new northbound Mile Long Bridge on the Central Tri-State Tollway (I-294) and overnight lane closures will be scheduled as needed on I-294 to accommodate beam placement.

About 42 concrete beams from a Wisconsin manufacturing plant and material for 30 steel beams from an Indiana manufacturing plant are expected to be delivered in May. Transport trucks with the concrete beams will be escorted by Illinois State Police, as needed, and will be traveling at a low rate of speed between hours of 4:30 a.m. and noon on weekdays. The steel beams do not require a State Police escort and the times of deliveries will vary. All delivery schedules are weather dependent.

Concrete beam delivery will continue in mid-May with beams measuring up to 6 feet tall and up to 137 feet long,transported from the Wisconsin border traveling eastbound on the Jane Addams Memorial Tollway (I-90) to I-290, then south to the Veterans Memorial Tollway (I-355), south to I-80 and then east to northbound I-294. These beams will be erected from northbound I-294 overnight. To accommodate the beam installation, overnight lane closures will be scheduled for three nights on northbound I-294 between the 83rd Street Toll Plaza and the Mile Long Bridge, with a single lane closure expected to begin at 6 p.m., followed by a double lane closure at 8 p.m. between Archer Avenue and the Mile Long Bridge. All lanes are scheduled reopen by 5 a.m. the following morning on weekdays and by 9 a.m. the following morning on Saturdays.

Steel beam delivery will continue in May with portions of steel beams measuring up to 10 feet tall and up to 130 feet long transported from the Indiana border traveling northbound on the Tri-State Tollway (I-294/I-80) to I-55 north to U.S. Route 45 south to exit at the job site at West Lawndale Avenue Island on the east side of the bridge.

Delivery of more than 430 concrete beams and steel beams to the construction site near Countryside, Hodgkins, Willow Springs and Justice is more than halfway complete and will continue over the coming months.

This work is part of the Illinois Tollway’s project to reconstruct the Mile Long Bridge that carries traffic over two major railroads, the Des Plaines River, the Chicago Sanitary & Ship Canal and the Illinois & Michigan Canal and local roads, and over several major distribution centers.

The project includes building two, new side-by-side 4,800-foot-long bridge structures to increase capacity from four lanes to five lanes in each direction as part of the reconstruction and widening of the Central Tri-State Tollway between Balmoral Avenue and 95th Street. In addition, the inside shoulders on the bridge will be built to serve as Flex Lanes to provide for transit, assist emergency vehicles and serve as an alternate lane to reduce traffic congestion when warranted.

The design of the new bridge structures took into consideration the sensitive aquatic ecosystem, navigable waterways and existing railroad and roadway operations underneath the structure. Each of the new structures will have fewer piers to reduce the environmental impact on the waterways and industrial areas below. Each bridge will have 27 spans supported by 26 piers, compared to the existing structures with 106 piers. The spans will be made up of a total of nearly 600 steel or concrete beams of various lengths.

Construction information about the Mile Long Bridge Project is available in the “Projects by Roadway” section in the Explore Projects section on the Tollway’s website at illinoistollway.com.

Illinois State Police have zero tolerance for drivers speeding in work zones or failure to comply with the Move Over Law. The minimum penalty for speeding in a work zone is $250 and can include up to a $25,000 fine and a 14-year jail sentence for hitting a roadway worker. Penalties for failure to slow down or move over for a vehicle on the shoulder with flashing lights includes up to a $10,000 fine, 2-year suspension of driving privileges and jail time, in extreme cases.

The Illinois Tollway’s 15-year, $14 billion capital program, Move Illinois: The Illinois Tollway Driving the Future, is improving mobility, relieving congestion, reducing pollution, creating as many as 120,000 jobs and linking economies throughout the region. The first eight years of Move Illinois is on schedule and within budget, delivering the rebuilt and widened Jane Addams Memorial Tollway (I-90) as a state-of-the-art 21st century corridor and opening a new interchange connecting the Tri-State Tollway (I-294) to I-57. Progress continues on projects addressing the remaining needs of the existing Tollway system, delivering the Elgin O’Hare Western Access Project and planning for emerging projects, including reconstruction of the Central Tri-State Tollway (I-294). 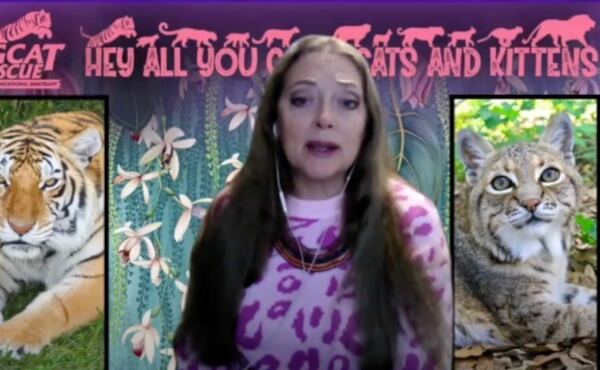