Mineshaft, a song to calm concerns in the Coronavirus Pandemic wake

(Watch a video interview with Aaron Hanania below)

College freshman, writer and musician, Aaron Hanania, has composed a song to help ease concerns the public has over the coronavirus COVID-19 pandemic. The music, “Mineshaft” is an “ominous” ambient acoustic musical instrumental he hopes will offer comfort to listeners.

“Mineshaft was made to feel like you are walking through an actual mineshaft. The echoes and ominous vibe mimic that of a real mineshaft,” Hanania explained.

Hanania calls “Mineshaft” homemade because of how it was created. Using non-traditional instruments along with his guitar, Hanania performed the song solo, mixing the sounds to create a soothing melody.

“Mineshaft is definitely a homemade song. I used everyday items in my dorm room, including a mousepad, breath mints and my guitar. I wanted to show people that you can make music at home without professional equipment. This was my first time making a homemade song and it is not my last,” Hanania said.

“Playing around with those everyday items allowed me to create a very unique sound for this song that I could not achieve with regular acoustic instruments,” Hanania continued.

Hanania wrote the song in February as the COVID-19 Pandemic was accelerating in the United States and across the world.

“I made Mineshaft in February but I did not intend to release it until my next album. But then the Coronavirus pandemic exploded in March and I knew that this song had the potential to really calm the listener, so I chose to release it a lot earlier than planned. Part of the music industry is being on your feet and being open to changes, and this was a sudden change that I felt had to happen,” Hanania said.

Hanania explained that music is often a great stress reliever and he said he hopes listeners find “Mineshaft” to be both comforting and soothing to enjoy.

“Music is universal, music unites us during a crisis. So I knew that releasing a calm acoustic song would really benefit my listeners and help take their mind off of the virus,” Hanania said.

“Because, in the end, I make music so I can impact my listeners, music can spark past memories, inspire change, get us through hard times, advocate for nature, and that’s why I do music,” Hanania concluded.

You can listen to his song Mineshaft on Spotify, Apple Music, YouTube and many other music platforms.

Click to listen to the song “Mineshaft” on Spotify

Interview with Aaron Hanania on his song “Mineshaft” 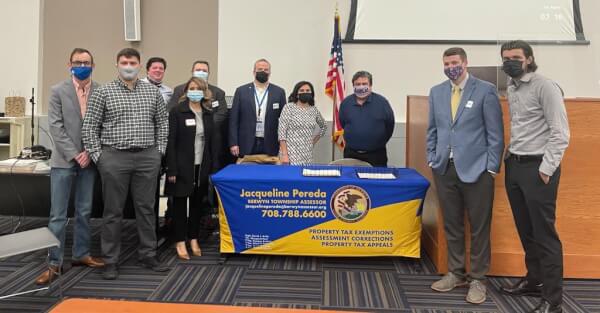 Comment (1) on “Mineshaft, a song to calm concerns in the Coronavirus Pandemic wake”