The festival kicks off with headliner Keller William’s Grateful Grass, with Max Weinberg’s Jukebox opening on Thursday, August 22 at the Adler Theater, 136 E. 3rd Street, Davenport, Iowa.  Tickets for the show start at $32 and will be on sale June 14 at 10 a.m. through Ticketmaster.com or at the Adler Theatre Box Office.  Attendees will also have the chance to shake hands with Max Weinberg, by adding on an exclusive meet and greet experience!

Max Weinberg, the 45-year drummer for Bruce Springsteen and the E Street Band, who also spent 17 years with the Conan O’Brien television show, will perform with his Jukebox band.  They play everything from the Beatles to Bruce to Steppenwolf and the Stones.  The audience picks the songs in real time, calls them out and Max plays them.  Don’t miss your chance to shout out “FREE BIRD” and actually have them play it!  You never know what the Jukebox band is going to play.

“Having Keller Williams’ Grateful Grass and Max Weinberg’s Jukebox embraces the funky spirit of Alternating Currents,” said Kyle Carter, Executive Director of the DDP.  “This is still just the tip of the iceberg, we can’t wait to announce all the music, film, comedy and art that is still to come!”

Alternating Currents features sixteen venues across downtown Davenport hosting a wide variety of live music, film screenings, comedians and visual arts.  Patrons can expect 100+ performances, film screenings, and art-related events.  People are encouraged to travel from venue to venue and discover all downtown has to offer.  While some events are ticketed, a dozen venues will offer free programming all weekend indoors and outdoors.

Alternating Currents will feature a film festival, a large comedy lineup, many gallery openings, and the return of OMG Beckyfest.  More surprises are still in store and the full lineup for the event will be announced at a later date.  Like last year, DDP is planning the event in conjunction with a unique group of local talent in our region’s creative community who are heavily involved in curating the festival programming and will bring a unique vantage point to each aspect of the event.

The Adler Theatre is selling tickets to the kick-off event as well as Festival Weekend Passes for all venues.  The Weekend Pass is $15 in advance/$20 event weekend, and provides the ticket holder access for all music performances at the Redstone Room at River Music Experience, pop up venues and Triple Crown Whiskey Bar and Raccoon Motel. It is only $10 when you purchase a ticket to Thursday’s Adler Theatre concert.

Downtown Davenport Partnership, a division of the Quad Cities Chamber of Commerce, is non-profit organization focused on the strategic growth and beautification of downtown Davenport. It proudly helps drive Q2030: A Regional Action Plan, to increase talent, jobs and economic opportunity for all. Alternating Currents is a product of DDP that supports Q2030 by providing a signature event for Quad Citizens to celebrate its creative culture.

The Quad Cities is located on the Mississippi River and is made up of the riverfront cities of Davenport and Bettendorf in Iowa, and Moline, East Moline and Rock Island in Illinois.  The area is just a 2-½ hour drive from Des Moines, Iowa, and Chicago, Illinois.  It is easily accessible via I-80, I-74, I-88 and several major state highways.  Visit Quad Cities is the region’s official destination management and marketing organization.  For more information, visit us online at www.visitquadcities.com and connect with us on social media. 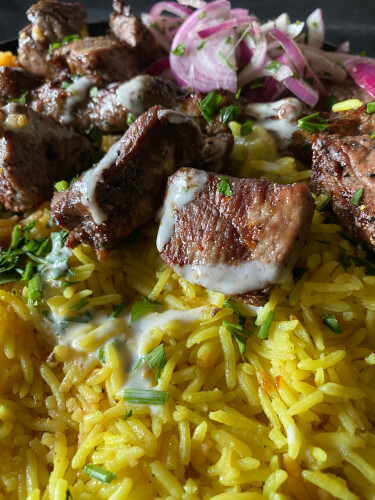