Now that the Orland Park election for trustee is over, Mayor Keith Pekau could start working to make Orland Park better with the three qualified trustees he helped to get elected, Cindy Katsenes, William Healy and Michael Milani. Instead, he just can’t seem to get past the fact that politics and elections are about criticism, and that the election is over. And instead of focusing on his winning slate’s achievement and plans, he’s focused on himself

Who does Orland Park Mayor Keith Pekau think he is? His latest email newsletter, which could have become a huge motivational forum to push Orland Park forward and rise above the challenges, instead has turned Orland Park into a back-alley gutter.

In his newsletter, Pekau starts out by praising the slate he backed, Trustees-elect Cindy Katsenes, William Healy and Michael Milani for their victory as the People Over Politics slate. One paragraph. But then he quickly turns the newsletter into a personal vendetta against anyone who ever criticized him that drones on and on nauseatingly. It’s about the taxpayers, Pekau!

Pekau’s slate wins an election and he starts thinking he’s a “God.” Maybe more like a “Godfather” whacking his foes at an election baptismal for Katsenes, Milani and Healy who will be sworn into office soon.

Pekau wants you to know that HE won the election, not Katsenes, Healy or Milani. He’s not going to let their victory get in the way of his ego, or whacking his foes.

Former Mayor Dan McLaughlin lost his election himself when he chose greed over the interests of the taxpayers. Pekau may do the same, choosing vengeance over working for the taxpayers of Orland Park.

I liked McLaughlin as a mayor. He was a good person. He had a great personality. He had one flaw: he was easily influenced by some of the political cronies that flocked to his super-ego, too. I remember getting the village newsletter and counting how many times his picture and name was in print, shaking my head wondering where the “Good McLaughlin” had gone and why we were being stuck with the “Bad McLaughlin.” (When Pekau came into office, they practically banned him from the village newsletter like the Soviet Politbureau used to do, thinking that erasing someone’s name would make them vanish. The new board needs to change the newsletter right away.)

That’s the scenario in which Pekau won the election. Honestly, Mickey Mouse could have beat McLaughlin, who allowed his vanity and ego to takeover common sense, replacing a great record in office with a last-minute push for money, power and greed. His crony, Trustee Michael Carroll, the former Democratic Committeeman, didn’t do McLaughlin any favors. He’s as responsible for McLaughlin’s loss as anyone, a loud-mouthed trustee who has dragged the village down with his own ugly political style.

And surprise, surprise. Pekau wins. Suddenly we have a new enforcer, instead of a reform mayor?

I’m glad Cindy Katsenes, William Healy and Michael Milani won the election. Orland Park needs change. Katsenes is humble, quiet and smart. She’s not a “political bomb thrower.” She’s deliberate and soft-spoken and I don’t recall her ever calling anyone a bad name. The Healy’s are a phenomenal family, the nicest people in the world. And I am sure Milani is the same. Pekau is not doing them any favors by stepping in front of their moment. Let them savor the victory before they have to roll up their sleeves, step into the Village snake-pit, and start fighting to make Orland Park a better place.

Despite my strong feelings for Carole Griffin Ruzich, who lost, I think the new trustees will bring some badly needed refocus on the interests of the taxpayers. I also think Kathy Fenton, Dan Calandriello and even Clerk John Mehalek might consider stepping down, now, rather than waiting until they are tossed out from office in two years, too. People in Orland Park are angry with the way they have run this village down., and voted with deception on major issues. The voters want “change” and someone to care for them, not themselves.

Voters are angry that they have been lied to. Before the election that McLaughlin lost, we were told that everything was hunky dory! We were told the village’s economy was great. We were told everything was perfect and we had a bright future. Then, all of a sudden after McLaughlin’s surprise election loss, we’re told something completely different. The village is in financial tailspin, an economic crisis. We have to cut back spending, cut back on THEIR promises and actions to over-spend.

Let’s be honest. This entire problem started when the old board voted to give McLaughlin a massive pay hike and pension hike, creating an unnecessary job that duplicated the work the Village Manager is supposed to do. It was all about “Where’s mine?”

Pekau has lost it. Attacking people the way he does suggests he’s no better than the rest of them. Instead of showing that he is a leader whose first and foremost concern is about the taxpayers of Orland Park, Pekau pulled out his Tommy Gun and started whacking everyone. I happen to think one of his targets, Liz Gorman, the former Cook County Commissioner who many times saved homeowners from massive tax hikes, is one of the best elected officials in the county. I wish she would run for mayor, but being mayor doesn’t even rise to her level of public service. She can do so much better.

This election must have given Township Supervisor Paul O’Grady pause, too. Does he really think he can just step in and become mayor? A lot of people don’t even know what the Township really does.

By attacking Gorman and the rest of the people, Pekau is telling voters he is no different than his predecessor. Pekau is telling voters and homeowners and taxpayers in Orland Park that this election wasn’t about them. It is about him. Pekau WON the election, not Katsenes, Healy or Milani. Pekau is The Political Godfather of Orland Park. Pekau is standing atop the Golden Calve of vanity cheering on what he thinks are the masses dancing all around him.

The voters aren’t stupid, Mayor. It’s a lesson that sunk Ruzich’s slate. I don’t know who ran the Orland Integrity Party campaign but whoever it was, they did a terrible job, an injustice for Ruzich with all those negative mailings trying to blame the McLaughlin pay-hike-grab on Pekau instead of on themselves. (Ruzich was the trustee who moved to increase the salaries and pension for McLaughlin.) Ruzich would have won re-election had it not been for the terrible, ugly name-calling by her campaign managers.

Voters are wondering how Pekau is different from McLaughlin. The truth is McLaughlin gave more than 20 years of his life doing great things for Orland Park, and that dedication slipped one time. It happens sadly, to good public officials. It’s a terrible thing, a real sour note for McLaughlin to have left public office the way he did. But his campaign made huge mistakes, too. Pekau’s been there only two years and already he’s starting to slip.

Pekau finally has a chance to brush aside the petty attacks from the Carroll-run board, an opportunity to become a great mayor. Or, he can be just like them, a politician who thinks it’s all about himself, attacking others for criticizing him — awe, poor Mr. Pekau was criticized in an election campaign! Like criticism in an election campaign never happened before, or he didn’t do the same!

Don’t be a hypocrite mayor. Start acting like a mayor, or you may find yourself at the losing end of a race against another “Mickey Mouse” Johnny-come-lately who’s lurking around the corner two years from now, too.

This isn’t about you, Mayor. It’s about the taxpayers. It’s about our concerns. Our homes. Our community. Our schools. Our safety. Our future. It’s not your ego! 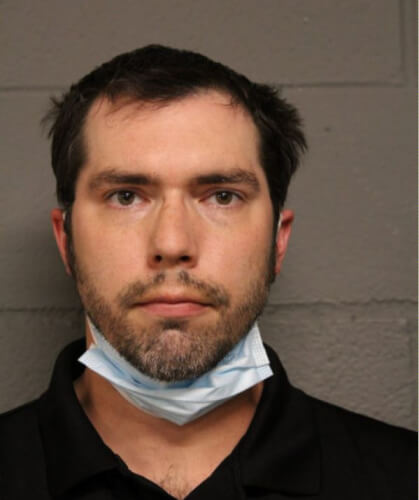 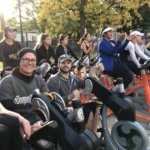 Comments (2) on “Pekau thinks its all about him”