Field Museum waives entrance fee for all of February

Illinois residents can enjoy free admission every day in February 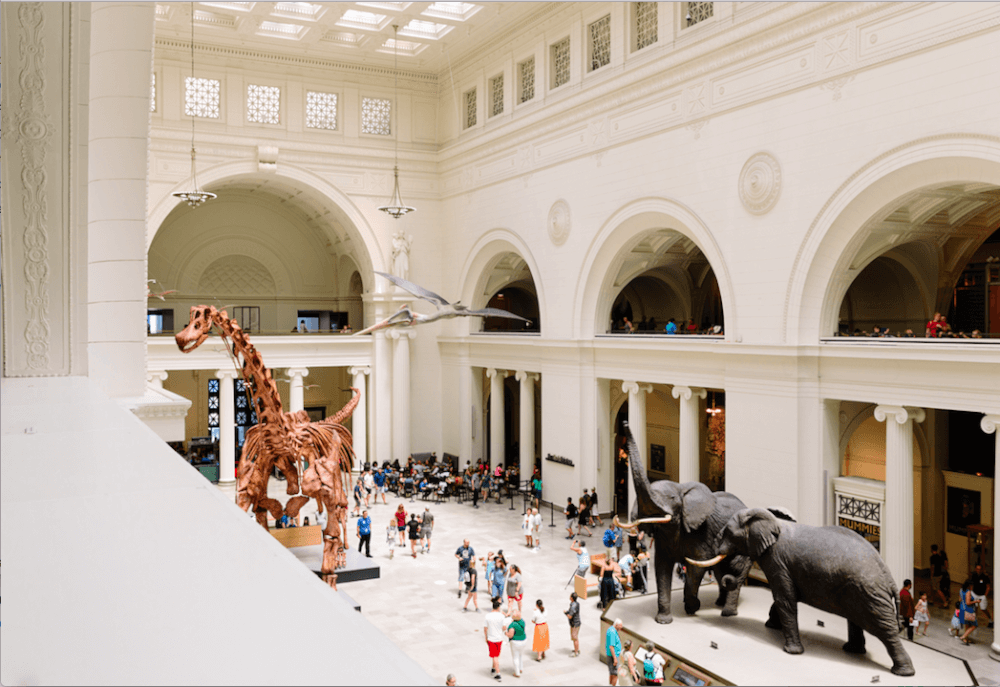 Visitors won’t want to miss SUE—the world’s largest, most complete T. rex is back on display and better than ever. After a year of undergoing scientific updates and moving into a private suite, guests will be able to experience SUE like never before. Their new home covers 5,100 feet—bigger than a professional basketball court—and is packed with interactive displays that will immerse you in SUE’s world. Meanwhile, Máximo, the world’s largest dinosaur ever discovered, now dominates Stanley Field Hall, ready to greet guests as they enter the museum alongside new state-of-the-art 3D printed gardens, and a flock of flying pterosaurs. Between SUE, Máximo, and the permanent collection in the Griffin Halls of Evolving Planet, all part of the new Griffin Dinosaur Experience, the Field Museum continues to be one of the world’s best dinosaur destinations.

From meeting a scientist in the Grainger Science Hub to learning how our scientists protect habitats in the Peruvian Amazon in the Abbott Hall of Conservation: Restoring Earth, and watching scientists uncover real fossils at the McDonald’s Fossil Preparation Lab, there’s a favorite for everyone to enjoy all month for free.

Details: With proof of residency, Illinois residents can enjoy free Basic Admission on all above specified Free Days in February; Basic Admission includes access to SUE’s new suite. Visitors that wish to upgrade to a discounted All-Access Pass, which includes access to Mummies from ancient Egypt and Peru, Cyrus Tang Hall of China, Underground Adventure, and a 3D movie, can do so at an additional cost of $23 for adults, $17 for children, and $20 for seniors and students. Illinois residents must show valid proof of residency. Visit the Field Museum website for details.