The normally impressive, soaring vocals of Robin Zander were seemingly stuck in neutral. There was a flatness and grittiness to his vocals that, frankly, I had not heard before. I’d just seen the band three months ago in Tinley Park and marveled at his singing, just as I have in six other concerts since 2013.

It seemed that Zander had  hit that dreaded moment when a singer’s voice goes downhill. It happens. Or maybe he was the victim of a cold. He was taking off some lyrics, and was letting lead guitarist Rick Nielsen chat up the audience way more than usual.

It was most evident during their ’80s ballad “The Flame,” as Zander painfully struggled throughout the lyrics.

Thankfully, we learned very late in the show, that he his voice was still there, but had just been kicked to the curb a bit..

“I was hanging out with Bono the other night and this is what I get for it, laryngitis,” Zander said after a hard-driving version of “Dream Police,” a song on which is voice rebounded and sounded as good as ever. Bono, if you have not heard, was unable to sing at a U2 concert in Berlin on Saturday,  forcing the show to be postponed until a future date.

That was not the case Sunday night as Cheap Trick rolled through an 18-song set that did not disappoint, even despite the rocky vocals. And that’s a good thing, as  Rotary Hill was packed with folks who paid $25 each. 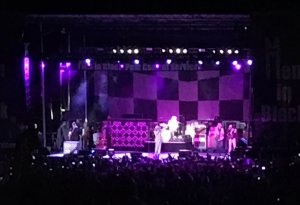 The band opened with “Hello There” then played a newer song, “You Got It Going,” before dusting off  “Big Eyes” with Tom Petersson churning on his 12-string bass. He, Nielsen, and the latter’s son, drummer Daxx Nielsen, were in fine form all night. Zander’s son, Robin Taylor Zander, filled in on acoustic guitar.

I attended the show with Phil Rockrohr, a longtime friend of mine who is also a writer and a professional musician who has recorded several CDs. A guitar player himself, Phil noted that Rick Nielsen “kept it fresh” all night long and didn’t take it easy, unlike some other veteran rockers. “And he keeps making those weird noises,” Phil said. It’s true. Nielsen seemed to have extra energy all night long, perhaps in response to Zander being under the weather.

“Thank God for not raining on us,” Nielsen shouted midway through the show, reflecting the crowd’s sentiment.

One thing I like about Cheap Trick is how the band brings new sounds to old favorites. “On Top of the World,” for example, was extended with a lengthy Nielsen guitar solo. “She’s Tight”  rocked harder than ever. An extended lead-in by the musicians powered “Ain’t That A Shame.” The night’s ninth song,  it was the first on which Zander sounded like his old self.

Another cover, this time The Beatles’ “Magical Mystery Tour” was simply fantastic. Phil called it “delightfully twisted.” It’s played now and then by Cheap Trick, a band that loves the Fab Four, and they had a lot of fun with it Sunday night. Rick Nielsen joked that years ago Michael Jackson, who then owned the Beatles songbook, “asked us to play it and then threatened to sue us.”

The band’s fourth cover of the night, it also played The Move’s “California Man” early on, was the Velvet Underground’s “I’m Waiting for the Man.” As Phil noted, the “deadpan crunchy-blues reading would have made Lou Reed smile.” Petersson was great on the song, playing and singing.

After he addressed his vocals woes, Zander seemed inspired and was in fine voice for the encore of the always-fun “Never Had a Lot to Lose” and “Surrender,” a classic rocker that brought all the crowd to its feet, followed with their standard closing song, “Goodnight Now.”

These guys are in the Hall of Fame for a reason. They found a way to get over the obstacles Sunday night and, judging by the comments I heard leaving, most of the crowd left happy after the 90-minute show.

Lucky Boys Confusion, a band with Naperville roots, opened with a lively, entertaining show. I plan to look for some of their CDs. 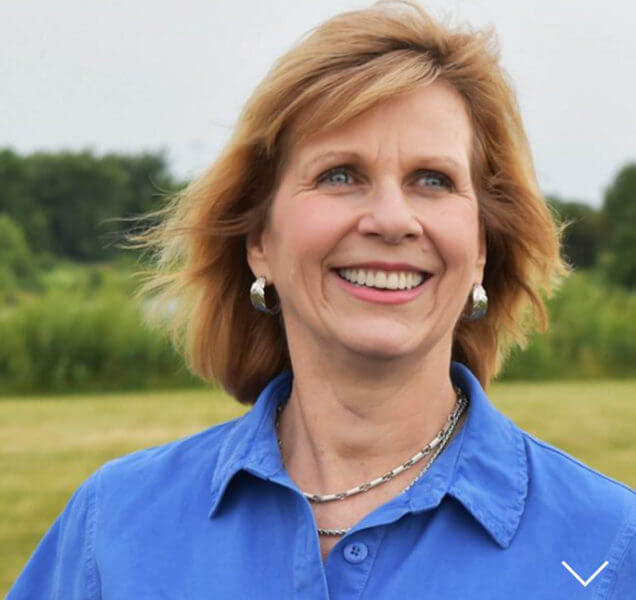