With a pickup truck that is “literally falling apart,” according to village Trustee Aleco Julius, the Summit Village Board on Monday night voted unanimously to buy a new vehicle.

“It’s to take employees to different sites, different jobs. The truck we have now is literally falling apart. It’s seen better days a long time ago. We’re putting bandages on top of bandages,” Julius said after the meeting.

Mayor Sergio Rodriguez agreed: “That’s a great price, If we bought new, we may be paying double.” 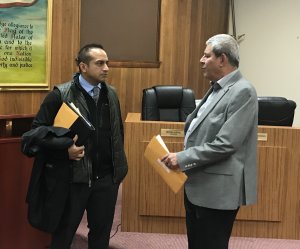 Summit Mayor Sergio Rodriguez, left, and Trustee Aleco Julius agree that the village got a good deal on a 2016 pickup truck for public works. Photo by Steve Metsch.

In other business, the board approved a payment of $40,629.60 to the Strada Construction Co., based in Addison, for the replacement of sidewalk stairways on Douglas Avenue at 73rd Court and at 73rd Avenue.

The old stairways had fallen into serious state of disrepair and were crumbling after years of weather.

“When you compare before and after, it’s a world of difference. It was a real hazard,” the mayor said “It turned out great. All that’s left is adding handrails to make them ADA-compliant. They never had handrails before.’

He’s hoping that Cook County may provide some funding for the work.

The board began the meeting by going into executive session for 24 minutes to discuss “personnel issues pending, probable or imminent,” according to the agenda.

Afterward, Rodriguez and several trustees declined to say what was discussed.

During public comments, a resident complimented the village for lighted Christmas decorations in the windows of the village hall, 7321 W. 59th St.

“That would be The Warehouse Project that did it for us,” Rodriguez said.

In other news, Santa is coming to the Summit Park on Saturday.

Santa is expected to arrive around 10:45 a.m. on a fire truck, Rodriguez said. The event runs from 11 a.m. to 1 p.m. Santa will be available for photos. Hot chocolate, coffee and cookies will be served. 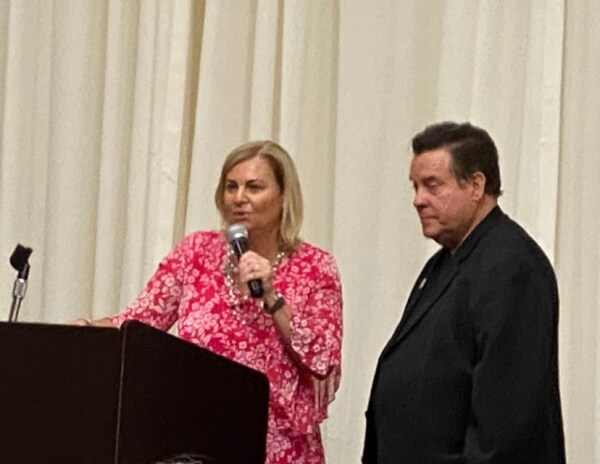