Attorneys filed a lawsuit Thursday (Sept. 13, 2018) on behalf of historian Heather Thompson, whose Pulitzer Prize-winning book “Blood in the Water: The Attica Prison Uprising of 1971 and Its Legacy” was censored by Illinois prison officials.

Attorneys from Uptown People’s Law Center and Sidley Austin LLP filed the lawsuit. It alleges that this censorship is “arbitrarily applied,” as the book was sent to three different prisons and censored only at Pontiac and Logan Correctional Centers. It argues this censorship is a violation of Ms. Thompson’s First Amendment right to communicate with incarcerated people, as such communication should only be restricted when there is a legitimate penological interest. The lawsuit also claims that Ms. Thompson’s Fourteenth Amendment right to due process was violated because she did not receive notice of this restriction, and as such was not provided an opportunity to challenge it.

“Ms. Thompson has a Constitutional right to share her book with prisoners. This right must not be infringed upon at the whims of the Illinois Department of Corrections. What’s more, prisoners should be able to read this fantastic, important book. IDOC may not like the book’s content, but that is not a sufficient legal reason to censor it,” said Alan Mills, Executive Director of Uptown People’s Law Center. 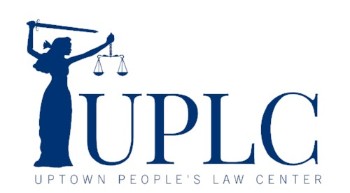 “It is unconscionable that prisons forbid human beings on the inside to read any book, and I am determined to speak out on behalf of the First Amendment wherever it is being violated,” said author Heather Thompson. “My book underscores the sanctity of both correctional officer and prisoner lives, and covers an important event in American history that I have the right to share with any American who wants to learn about our country’s past.”

The book provides a thorough history and analysis of the Attica prison uprising, detailing events beforehand, the week-long uprising, ensuing legal battles, and the event’s role in perpetuating mass incarceration in the US. Blood in the Water has won high praise and numerous awards, including the Pulitzer Prize in History, the Bancroft Prize in American History and Diplomacy, the Ridenhour Prize, the Public Information Award from the New York Bar Association, the Media for a Just Society Book Award from the National Counsel for Crime and Delinquency, and the J. Willard Hurst Award in Socio-Legal History. The book was also included on more than a dozen “Best of 2016” lists, including the New York Times’ Most Notable Books list, as well as similar lists published by Kirkus, Publishers Weekly, Newsweek, Christian Science Monitor, the Boston Globe, and others.