Fall Festers told “get out the vote”

A well-attended Fall Fest, hosted by Citizens for Steve Landek, attracted some big names in the Democratic Party as they rallied the troops.

The fest was held Sept. 8 on the sidewalk in front of the Lyons Township Democratic Organization, 7678 W. 63rdSt., Summit. 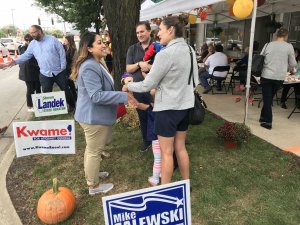 The day’s theme was pro-Democratic as speakers addressed the need for victories in elections this November.

Preckwinkle said “we need to work hard in November.”

“Look at what’s happened under this governor. He shredded the social service safety net, didn’t support public higher education, (and) local units of government have struggled,” she said.

“Over the course of the last several years, the state has owed (Cook County) at the end of every month anywhere from $30 million to $300 million. How can you manage your finances in local government when the state behaves that way?” Preckwinkle said.

She is “cautiously optimistic” Democrat J.B. Prtizker will beat incumbent Republican Bruce Rauner for governor. Asked about the suddenly wide-open election in Chicago, Preckwinkle said she has not decided whether she will run for mayor.

Nick Caprio, a trustee on the Argo High School board, expects Preckwinkle to do just that. “I think she’s going to be a good candidate for mayor. It’s coming. You know it’s coming.”

State Rep. Celina Villanueva, recently appointed in the 21stDistrict, agreed that fellow Democrats need to work hard, knock on doors, make calls and get out the vote.

“It’s been a whirlwind of a month and a half, but I’m energized. It’s been great,” she said of her new job.

Lipinski, who joked he will run for mayor of Chicago, said it was “great to see so many people out here today.”

Landek said he was also impressed by the turnout, along with an enthusiasm seen about the upcoming election. 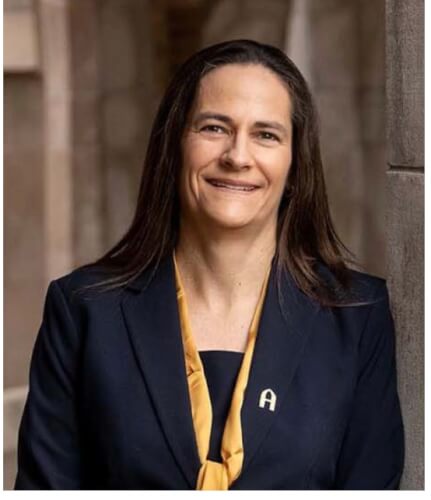