Today I veto Senate Bill 2273 from the 100th General Assembly, which would limit the State of Illinois to participation in a single, exclusive interstate voter registration program.

The right to vote is the bedrock of our society and system of government, and this administration has demonstrated a commitment to increasing access to the vote. Last year, I signed historic automatic voter registration legislation to remove barriers for eligible Illinois voters to exercise their rights and encourage robust participation in the democratic process. In pursuing this expansion of registration, I have also remained focused on ensuring the integrity of the electoral system and pursuing opportunities to identify and investigate potential voter fraud.

One major way that Illinois combats fraudulent voting is through participation in programs that allow cross-referencing voter information from various states to identify where individuals are and are not eligible to vote. This legislation would hinder that effort by prohibiting the State from utilizing any interstate voter registration program other than that provided by the Electronic Registration Information Center (ERIC), except for limited opportunities to contract with our border states that do not use the ERIC program. This prohibition could result in inefficiencies and gaps in knowledge, as less than half of states currently participate in ERIC, many of which will not qualify for separate contractual data sharing agreements under this legislation.

There is no need to codify such a limitation in state law and hamstring Illinois’ efforts to combat voter fraud when other safeguards are available to ensure the security, reliability, and appropriate use of any data being shared.

The security of Illinoisans’ personal data is of utmost importance, but the law does not mandate that Illinois participate in any database or program other than ERIC. When other options are available, the State Board of Elections is best situated to determine the risks associated with a given data sharing program. Instead of legislating limitations on our options, we should empower and rely on the Board  to determine what programs are appropriate for voting fraud identification in Illinois and to monitor those programs to ensure their transparent and accountable use.

Furthermore, voter registration data should never be used to curb the legitimate exercise of the right to vote. But completely prohibiting potential sources of information that could help identify fraud and abuse in our election system is the wrong solution. The law already protects against potential mistakes or misinterpretations of data that could risk an eligible voter’s participation in an election. Before a voter’s registration is removed from the rolls, election authorities are required to give notice under both state and federal law, which provides an opportunity to respond to and resolve disputed registration status. Beyond that, in the unlikely event that a voter’s registration is inappropriately cancelled, Illinois’ same day voter registration opportunities allow for voters to properly identify themselves and correct the error up to and including election day.

The importance of pursuing both access to legal voting and integrity of the system cannot be overstated, but structural protections are a more appropriate way for Illinois to continue balancing these priorities than blanket prohibitions on current and future options for mitigating fraud.

Therefore, pursuant to Section 9(b) of Article IV of the Illinois Constitution of 1970, I hereby return Senate Bill 2273, entitled “AN ACT concerning elections,” with the foregoing objections, vetoed in its entirety. 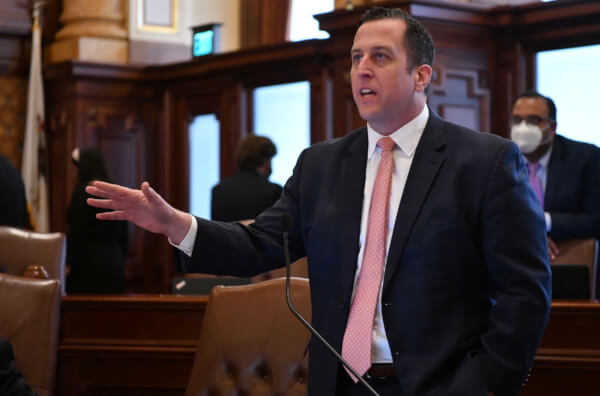