We’re having some fun with politics in Chicagoland, the State of Illinois, the Nation and the Middle East. I hope you enjoy this satirical look at political events, issues and the antics of some of our elected officials. (Each comic might have a different theme.)

The Political Pundit Comic Strip for Aug. 9, 2020. Chicago Mayor Lori Lightfoot slams beachgoers at Montrose Beach for not wearing face masks and for the lack of social distancing, but is silent in criticism of protestors from Black Lives Matters. 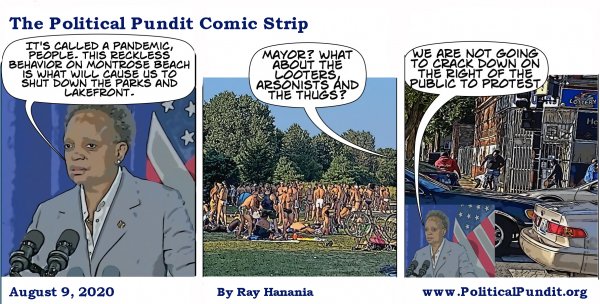 Who let the dogs in? News