The reports of the massive flooding in Texas caused by Hurricane Harvey are depressing and remind me of floods that slammed Illinois in 1996. Flooding is so much more damaging to regional populations and governments are not equipped to handle it.

Flooding isn’t like a fire, although a fire can be horrific. Flooding is different because the burden on insurance companies is so much larger.

A fire may damage a home or a building, displacing, injuring and taking the lives of individuals or many victims. Insurance companies can take care of that.

A flood is far more devastating and far more costly, impacting hundreds of thousands of victims, which is why flood insurance is so hard to get, and very costly. But the real pain is caused by the bureaucracy and slow response to help.

In a flood, you are basically on your own. 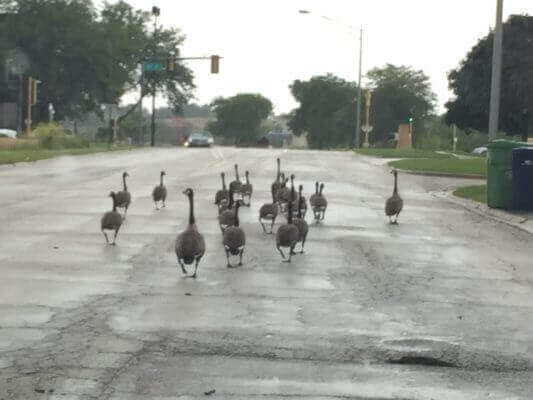 So in 1996 when floods slammed the southwest suburbs and forced me, and the puppy, out of my home in Orland Park, I found myself at the mercy of that bureaucracy.

The damage to the home was more than $70,000, and it wasn’t deductible. The insurance company, State Farm, wouldn’t cover the damage because, as it turned out, they had cancelled my flood insurance years before “to save me money.”

There was help, from FEMA and Orland Park Mayor Dan McLaughlin. But FEMA could only offer short-term loans, which I repaid with interest. Mayor McLaughlin helped with a large and costly garbage dumpster to clear the flood wreckage. The village eventually widened the underground rainwater drainage pipes.

The village decided to purchase several of the damaged homes, but they purchased the home that had the least damage that were located further south on the block from me. My home was under 8 feet of water over the entrance of my front door filling the basement completely and damaging everything in the lower level family room and the first floor. The other homes had some flood damage but were not nearly as bad as my property.

The home that the village purchased down the street from me had flood water that entered through its basement level windows but it was located on higher ground. Anyone can go to that spot and see how the elevation is lowest by my property an higher at theme that the village did purchase.

Eventually, the village did rebuild the sewer system in the street which helped prevent a flooding recurrence and I am grateful to the village for doing that.

The difference from then and today is amazing, thanks to the village expansion of the water drainage system.

But the challenges were insurmountable and there was no real help from anyone. Even with Federal flood insurance, if you live in a flood zone, coverage is limited.

Well, in fairness, the Orland Fire Protection District did come by using a boat to help extricate me from the flood. The photo ran in the Southtown newspaper.

I see the pain every time when survivors of floods say they are thankful to be alive noting all they lost were possessions. But those possessions are important. Losing family heirlooms, photographs, and other personal items results in huge depression.

Who really suffers flood damage? It took FEMA nearly a year to provide the loans. Years later, Orland Park purchased several of the homes that claimed damages, although the damages were far less than the damage my home received. It always seemed suspicious some homeowners were bailed out while others were not.

Neighbors can be, well, to put it politely, not what you expect them to be. Some were very helpful. Others, well, not so helpful. When Mayor McLaughlin had boxes of bleach delivered to areas where flooding had damaged homes – the bleach was used to counter post-flooding mold buildup – some of the nearby homeowners grabbed all of the boxes of bleach and stored them in their own garages.

What do you do with boxed cases filled with 80 gallons of bleach? And how do you complain when you are dealing with neighbors.

The only salvation was the digital electronics. If you let them dry out completely, you could salvage the big screen TV and even some of the computers.

Gone were the photos dating back to the late 19th Century. Gone was the dining room cabinet that belonged to my great grandmother that my mother saved.

I’ve learned a lot about making my property flood proof, changing landscaping and creating effective water run-off. Building up the lawn. Using rocks instead of wood chips that float and dam up rainwater. Sealing ground-level windows. I even replaced and raised the driveway. Honestly, the place looks so much better than before.

But while I can fix the house and make it flood proof, or buy a new flat screen TV, I can’t erase the painful memories.