It’s that time of the year again: 400 funny women from over 95 groups unite under one roof for the Chicago Women’s Funny Festival June 15-18

The Chicago Women’s Funny Festival, the largest of its kind in the nation, features a melting pot of comedic genres, including everything from ‘highbrow musical improv’ to ‘relatable stand-up’ to ‘character driven sketch’. Blending long term veterans with fresh newcomers, the fest packs over 80 shows into four funny-filled days.

Stage 773 has made it easier than ever to discover new groups to love, allowing patrons to filter through art forms, a rating and keywords to find their own taste in comedy. The full schedule and searchable calendar for the 6th Annual Chicago Women’s Funny Festival can be viewed at www.stage773.com/WomensFestCalendar.

“We are extremely excited to be celebrating the sixth year of the festival and to host some of the best women in comedy in the nation,” said Valentine. “Having women from all different comedic art forms come together and celebrate under one roof in Chicago is something that is very special to us and the community.”

Featuring both fresh and familiar faces, highlights for 2017 include the return of comedy powerhouse Kristen Toomey, who has packed the lineup with some of Chicago’s best talent for a series of stand-up showcases, Her Story Theater, which made its mark on the scene by creating original plays based on Chicago lives that reflect national concerns, Matt Damon Improv, comprised of all women of color “slaying improv comedy,” and Strip Joker, featuring a hilarious roster of stand-up comics who are willing to bare it all in the spirit of totally vulnerable, inclusive, and uncensored comedy. Stand-up favorites include the debut of Montreal-based D.J. Mausner, who at 22 years old she is already an award winning stand-up, sketch, and improv master, LA-based Jen Murray and winner of the IO West Comedy Festival’s “Best Comedian” Award in 2015, and transgender standup comedian Dina Nina Martinez, who the Late Late Show’s James Corden hails as “…very funny.”

Additional highlights include the return of Katie Rich with former SC Mainstage/Consultant for Onion News Network, Holly Laurent, in their improv duo Joan and Ro; Chicago Sketchfest veteran groups Off Off Broadzway, The Cupid Players and Rehner and Nixon; Improv veterans Susan Messing and Rachel Mason in The Boys; Comedic dance troupe Matter Dance and much more.

Chicago Women’s Funny Festival was founded in 2012 when producers Jill Valentine and Liz McArthur wanted to build a comedy festival where women could come together and celebrate all art forms of comedy under one roof. The first festival boasted 66 shows and 400 performers in five days. Women’s Fest also hosted events throughout the week where women from across the country could network with each other and more importantly, celebrate one another’s work. The response from comediennes and audience members was overwhelmingly positive – which is why the festival is coming back for a sixth year.

Jill Valentine is a Chicago Southside native who has been the Executive Director of the Chicago Sketch Comedy Festival (also the largest of its kind in the nation) since the festival’s inception in 2000. She is also a founder of Stage 773, as well as the Director of Theatre Management. Jill performs in several popular and critically acclaimed groups in Chicago, including The Cupid Players, Off Off Broadzwayand Feminine Gentleman who have performed all over the country.

Liz McArthur hails from St. Louis and has worked with The Chicago Sketch Comedy Festival since 2005. McArthur can be seen with groups such as Off Off Broadzway, OneTwoThree Comedy, and Feminine Gentlemen. McArthur is also part of the hit zombie comedy Musical of the Living Dead.

All performances will take place at Chicago’s home for the city’s most innovative, creative and passionate off-Loop performing artists, Stage 773, located at 1225 W. Belmont. Stage 773 is a non-profit Chicago company that produces The Cupid Players, Bri-Ko, The Chicago Sketch Comedy Festival, education and program opportunities, as well as offering subsidized theater rental space to the hundreds of Chicago’s itinerant off-Loop companies and performers.

Stage 773 is a vibrant anchor of the Belmont Theatre District and home to Chicago’s finest off-Loop talent. As a performance and tenant venue, our four stages provide entertainment for everyone: comedy, theatre, dance, musicals and more. We are a not-for- profit, connecting and catalyzing the theater community, while showcasing established artists and incubating up-and- coming talent. 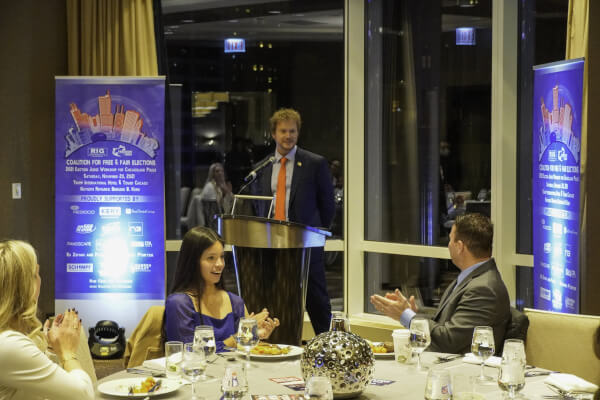