Suburban Chicagoland grows to more than 1 million views per month

Suburban Chicagoland’s viewership has surpassed more than 1 million views per month, according to our hosting site GoDaddy. The increase in the past three months had caused some loading issues and hosting server shutdowns, but we are proud to announce that with the help of an anonymous sponsor, we have been able to increase our server capacity to accommodate the increase and avoid further load delays or “server down” issues.

Together, the two sites attract a combined total of more than 1 million page views each and every month. 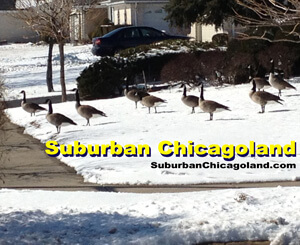 We launched SuburbanChicagoland.com in 2011 and we are proud to say that we have posted more than 1,300 unique posts consisting of Opinion Commentary, News and Feature stories that all continue to receive a growing readership.

Every article remains indexed by Google News and is SEO searchable on Google News, Bing, Yahoo and other major news websites.

Our new server capacity will handle much higher viewership moving forward. As we continue to grow we will continue to expand our server capacity, which is a costly choice but is necessary to maintain the integrity our our writers.

We are very proud of all of our 12  bloggers and writers who include Steve Metsch, Ray Hanania, Aaron Hanania, photographer Steve Neuhaus and our guest bloggers. Each author is a talented writer who focuses on writing about events and news and feature stories and events in suburban Chicagoland, a region often ignored by the mainstream American news media.

Our postings also include a vibrant Calendar of Suburban Chicagoland activities, and a strong news section to give suburbanites a foundation to document the important news and feature stories that the mainstream American news media ignores.

“I am very proud of the writers who post their views and the growing number of community organizations, activists and newsmakers who share their news, press releases and feature story profiles with our websites. No other online blog provides the breadth of coverage of the Suburban Chicagoland Community that we offer each and every day.”

Hanania encouraged readers to subscribe to the free subscription email newsletter. Every day, new posts are sent free of charge to subscribers.

“We have more than 100,000 feed subscribers who receive new posts,” said Hanania who entered journalism in 1976 following the his honorable discharge from the U.S. Military serving during the Vietnam War.

“I saw back in 1976 a real need to create a professional journalism enterprise to serve as a ‘newspaper of record’ for the Arab American community and I immediately entered professional journalism rising to the position of City Hall reporter. I covered Chicago City Hall for the Daily Southtown and the Chicago Sun-Times from 1976 through 1992. Our website Suburban Chicagoland provides a record of suburban community events, activities, news, features and opinions you won’t find in mainstream publications that discriminate against the Suburban communities surrounding Chicago.”

Hanania urged activists and organizations to purchase his latest book “Power PR” which provides meticulous detailed guidance on how to create professional press releases and to generate news coverage for their activities.

“The sad truth is the mainstream American news media ignores the the suburban Chicagoland community. They are ignorant of our day-to-day activities. They don’t care that suburban Chicagoland taxpayers, activists and community organizations are a rich source of important information . We’re proud to fill that gap that the mainstream American news media ignores in part out of political discrimination against suburbanites,” Hanania said.

“You can support us by simply subscribing free of charge. Having a professional news voice reinforces the empowerment of the Suburban Chicagoland community. We have to fight for our rights. No one will give them to us.”

Hanania said that the online newspaper has more than 1,300 unique and professionally written opinion commentary posts, news stories and feature stories that every day generate readership bringing more and more viewers to better understand the true face of Arab Americans.

“The mainstream news media wants you to believe that news about Chicago is more important than news about your suburban community. We aim to change that and we continue to provide news, features and opinion commentary that most other newspapers fail to provide,” Hanania said.

“Thank you for supporting us and helping us to grow.”