Although most Americans believe the myth that all Arabs are Muslims, statistics show that the majority of Arabs in Chicagoland are Christian.

There are several Arab Christian Churches in the Chicago area, but the first one to serve the huge Christian Arab population in the Southwest Suburbs with its own church building opened 10 months ago.

Father Malek Rihani of the Church of the Virgin Mary said his church is open to Christians of all faiths, but specifically caters to Orthodox Christians. More than half of the services are conducted in the Arabic language.

“We welcome everyone of the Christian Faith; however, as an ancient Church who continues to follow the Canons of the early centuries, we can offer the sacraments only to those of the Orthodox Faith,” said Father Malek.

“Our Bishop has always recognized Chicago is a large town and needs several Arabic speaking churches. We’ve always had only one Orthodox Church and there is a need for more.”

Father Malek was ordained a priest three years ago, and was always involved with St. George Orthodox Church in Cicero. When no one took the initiative to start a second church, Father Malek said he decided to become ordained. 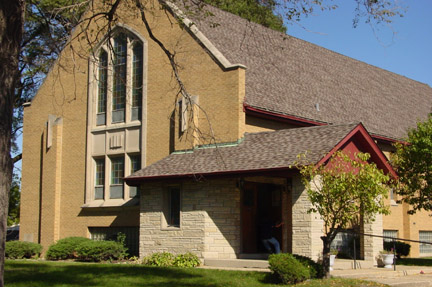 Last year, Father Malek said he was able to get St. Luke’s Church in Palos Hills to allow him and others to begin services there.

“They were very gracious enough to allow us to use their facilities after they were done with their services. We began our services at 1 PM.” Father Malek said.

“When we first asked to use their facilities, they asked us how many people we thought might come. We said we hoped for maybe 50. But on day one when we opened the services at St. Luke’s Church, we had more than 300 people. People couldn’t even come in. And there was no place to park. That proved to us that there is a tremendous need and motivated us to keep on going.”

Last December, with the backing of the strong Arab Christian community in the Southwest Suburbs, he said he was able to purchase the Church of the Virgin Mary at 12147 S. Cicero Ave in Alsip.

“The majority of our parishioners come from Oak Lawn and Orland Park, although worshippers come from throughout the Southwest suburbs,” Father Malek said.

“We knew they were out there and there was only one church. The need is there. And our church continues to show that we are just beginning.”

Rihani said parishioners include a variety of Arab Americans from different countries. The majority are Jordanian but include Palestinians, Syrians and Lebanese of the Orthodox Faith.

The Church of the Virgin Mary held a founders’ day picnic recently that drew more than 350 people. The celebration featured a barbecue, Arabian music and a traditional Arabian Debka Folkloric Dance Troupe, as well as other entertainment for families and kids.

“I love St. George Church, but St. Mary’s is so much closer to our community here in the Southwest Suburbs,” said one picnic attendee named Issa. “Issa” commonly used as a name for Jesus, although the more accurate Arabic Christian name for Jesus is “Yasou.”

“Christians are a big community here in the Southwest Suburbs but people take us for granted. Now, with our church, they may be able to see us more and recognize that we are just as much a voice here as others.” 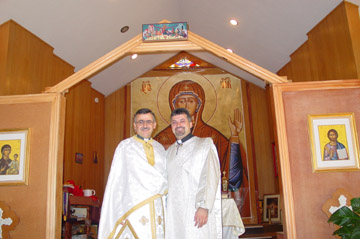 Father Malek said he agrees that the church will only grow in coming years and they have already started a program to raise funds to build an even bigger church building to accommodate more parishioners.

Father Malek’s brother Saed Rihani is the Deacon at the Church of the Virgin Mary. A Deacon is an ordained order of the clergy who with the permission and direction of the ordained priest can conduct services.

He also said they plan more programs, including to address social issues such as domestic violence, gangs and drugs.

“The strength of our community has to do with family. The community is not immune from the failings of the family. Drug abuse. Physical abuse. Many issues. My goal is to start a Mens Ministry to get men involved in recognizing their role as heads of the household,” Father Malek said.

“We are open to help anyone, Christian or Muslim. Muslims are welcome to come in for support,” Father Malek said.

Father Malek said the Church already provides cultural training to the youth and has a very successful Debka Folkloric Dance Troupe. He said they will soon also begin a school in Arabic that will have a Christian focus and flavor.

Services at the Church of the Virgin Mary are held every Sunday, the Divine Liturgy at 10:30 AM. On Saturday, they have an evening prayer service that begins at 5:30 PM. It is followed by confessions.