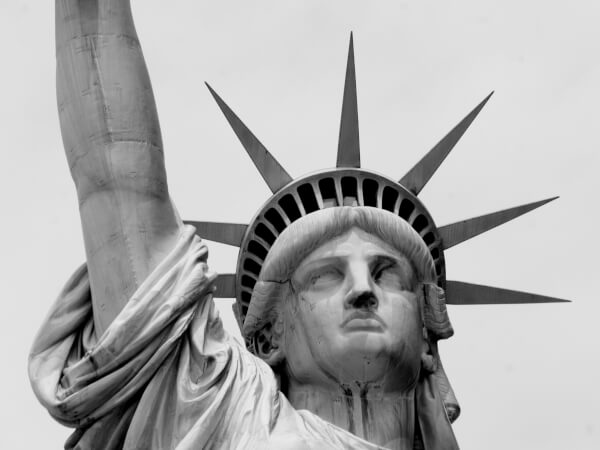 Right from the Middle: The Need for an Ethnic America Caucus in our Congress

American politics needs to balance by creating an ethnic caucus to ensure that everyone’s rights are represented in America.

When I was sworn in as a member of the United States house of representatives in January 1983, one of the first things I noticed was there were three democratic caucuses. An African American caucus. A Hispanic caucus. And, a Women’s caucus.

But there was no, what I called, an “Ethnic caucus.”

I define the Ethnic caucus as being composed of the following first, second, third generation immigrants’ daughters and sons. These include immigrants from Ireland, Italy, Poland, the Czech Republic, Slovakia, Ukraine, the Baltic states, Yugoslavia, and other eastern and Central European immigrants.

The immigrants and their descendants that formed the strong backbone of the Democratic Party since the days of President Martin Van Buren.

Individuals that talked to their friends and canvassed their neighbors on behalf of the Democratic Party. White middle class, white working class and union people who campaigned for Presidents Woodrow Wilson, Franklin Delano Roosevelt, Harry S. Truman, John Fitzgerald Kennedy and Lyndon B. Johnson, and they succeeded in getting them elected.

They also voted for the 1965 Voting Rights Act which banned literacy tests end allowed federal oversight of voter registration they also supported the Fair Housing Act of 1968, which prohibited discrimination in the sale, rental, and financing of property, individuals who believe in God, Family, and Country, and individuals who are proud to be Americans. Yet they had no formal organized representation in the national Democratic Party or in the United States House or Senate.

I believed that should change. So, I set about trying to change it. I first spoke to other Ethnic members of the House. Most were very enthusiastically for establishing an Ethnic American caucus.

Within a relatively short period of time we convinced the Democratic house leadership to support our efforts, they established a committee to determine if there was a desire and a need for such a caucus.

At this time, the Democrats in the Senate established a committee, chaired by Senator Dennis DeConcini of Arizona, to mirror the objectives of the house Committee. It was determined at this time that Sen. DeConcini and I would Co-Chair the committee.

The first order of business was to conduct hearings across the country in Ethnic-American communities. The purpose was
to obtain information from the grass-roots on how the National Democratic Party was viewed in these communities.

I chaired such meetings in Chicago, Cleveland, and St. Louis.

Other members of the committee held hearings in a number of other cities The results were all the same. Ethnic-Americans believed the Democratic Party was taking them for granted and ignoring their hopes dreams and ambitions.

And President Reagan was winning more of them for the Republican party each and every day. The Democratic National Committee the Senate leadership and the House leadership received a report on all of these hearings.

I sent a letter to every delegate of the 1984 democratic Convention, expressing the results of those hearings. To much to our surprise, the Democratic National Committee decided to do away with all caucuses.

That certainly was not the goal of the individuals who worked very hard to establish an Ethnic-American caucus in the national Democratic Party.

Our appeal to the House Democratic leadership was to no avail. They said the national Democratic Party had done away with all caucuses for “the good of the party.”

It wasn’t long after that the Democratic National Committee decided they needed three cochairs, a Woman, a Hispanic and an African American. In the following presidential election, the democratic candidate captured only his home state and the District of Columbia.

I truly believed if we had an Ethnic-American caucus, we could have cut down those margins significantly.

The Democrats face a very tough election in November, I wonder if they have learned anything.

Mike Madigan does get to select his successor Blogger

Illinois will lose one congressional seat under new Census Chicago